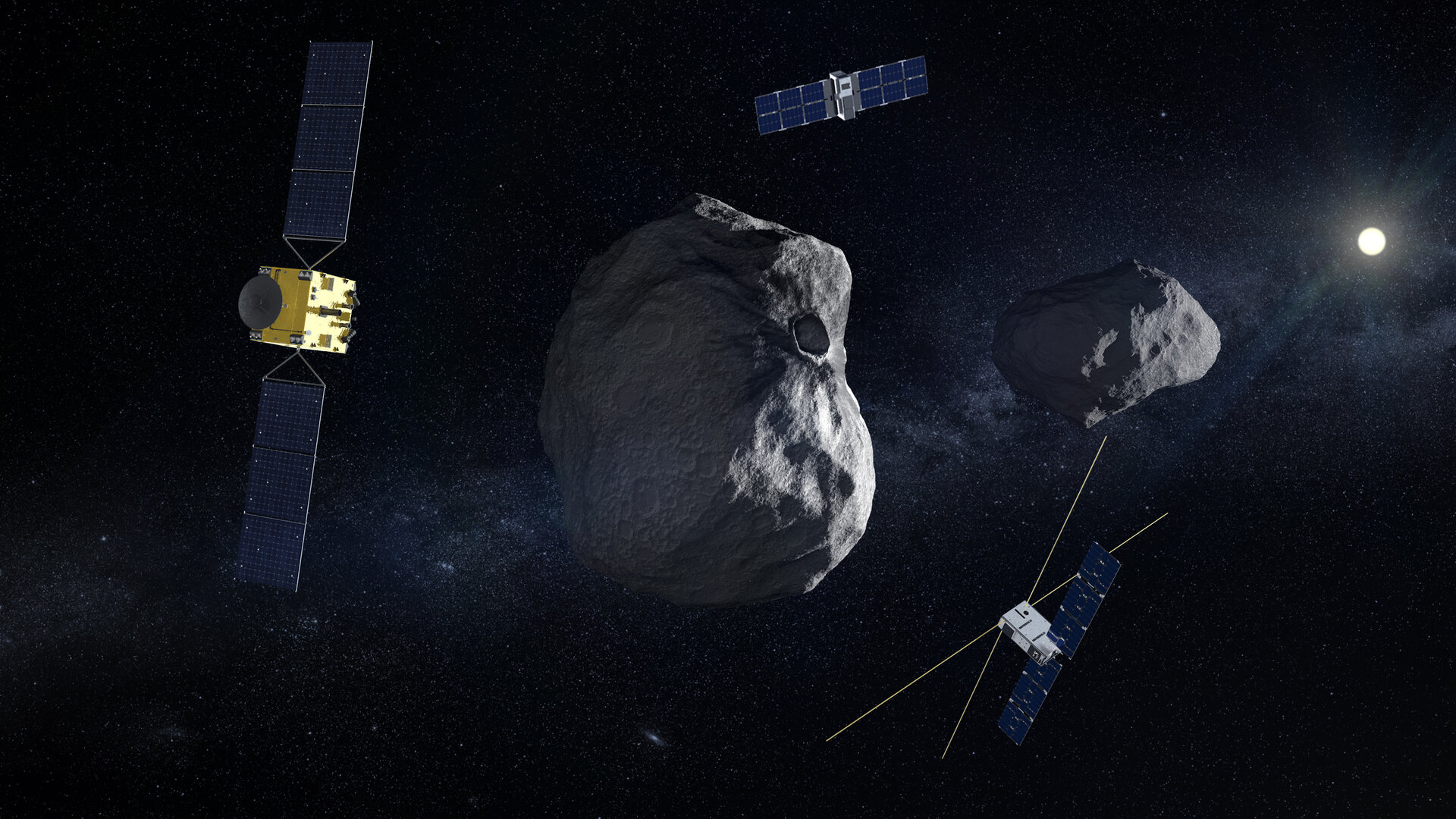 Keeping an eye on Near-Earth Objects (NEOs) is generally a good idea if we don't want to end up like the dinosaurs. Besides protecting our planet Earth, observing and studying asteroids provides us with clues on our own origins since they hold secrets about the solar system history and its formation processes. In addition, many asteroids are far simpler to reach than even our own Moon.

The Asteroid Impact Mission (AIM) plans to do just that, study an asteroid. Or better, two of them. The target of AIM, in fact, is Didymos, a binary asteroid system that will have its closest approach to Earth in 2020. AIM will take advantage of two unique opportunities: Didymos' very close encounter with planet Earth and the hyper velocity impact of NASA’s Double Asteroid Redirection Test (DART) impactor to test a deflection technique known as kinetic impact.

This is not the first time that humankind is focussing its eye on asteroids. This month, GMV, in charge of AIM’s guidance, navigation and control (GNC), has published a comprehensive overview on recent small-body missions, including among others JAXA's Hayabusa, NASA's Dawn and ESA's Rosetta mission. This news special focuses on the human aspect behind these missions and takes a look ahead at promising missions to come, such as AIM.

“The mission is challenging”, says Stephan Ulamec (DLR) - Philae Project Manager commenting on AIM in an interview on this edition of GMV News, “its implementation requires skills that have been developed in Europe in the frame of Rosetta, and, yet, it covers completely new fields. More modest than typical deep-space missions, it will still be able to catch people’s attention and carry on into the early 2020s the fascination for space that has been shared by millions during the Philae landing!”.

The study of asteroids is an important subject for humanity, AIM is closing phase-B1 in September and preparing to consolidate its design until ESA’s Council of Ministers in December 2016 will make a decision as to its full implementation. 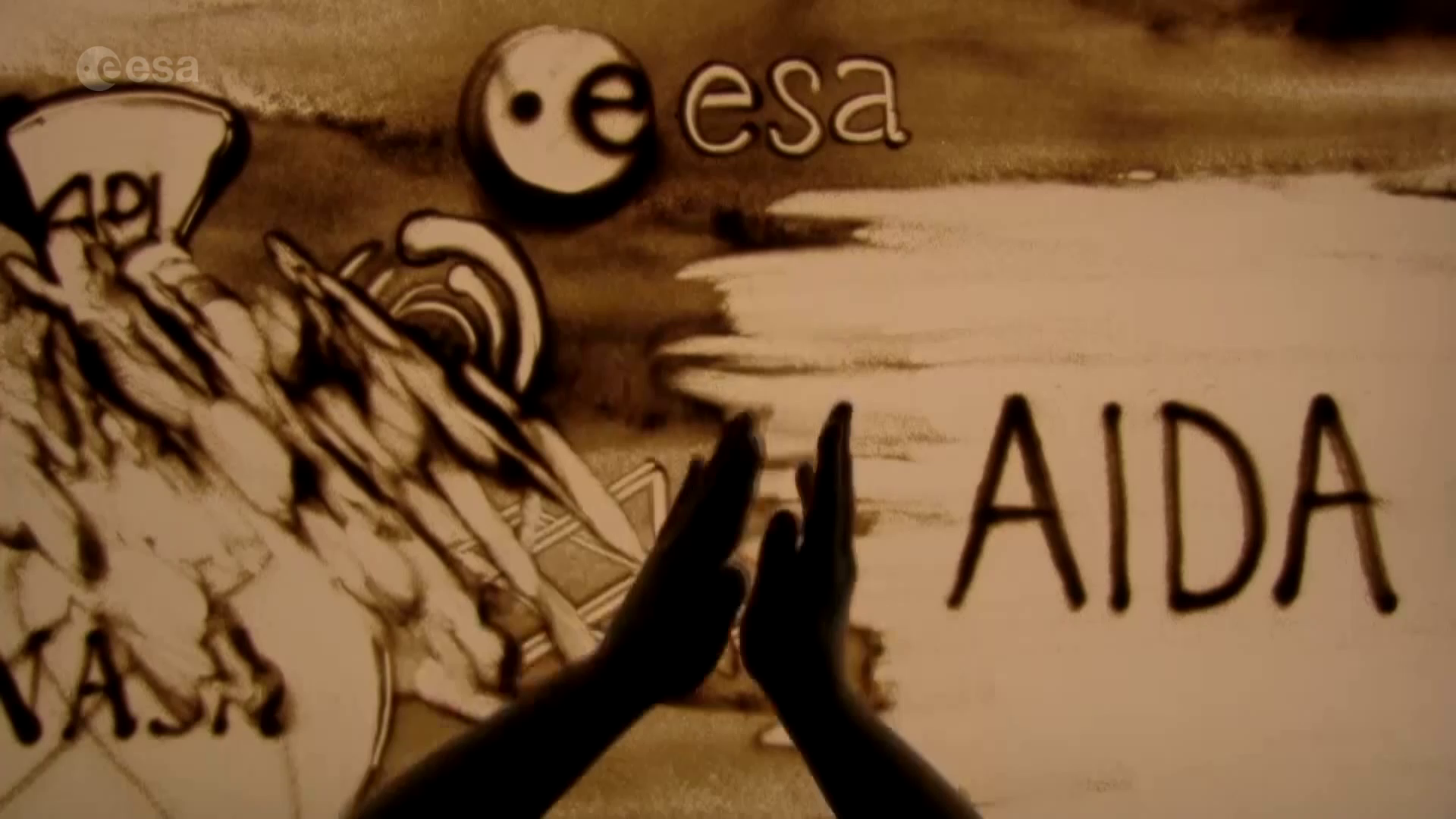 In March 2016 a science meeting for AIM was held at ESA's European Space Astronomy Centre (ESAC/ESA). As a complement GMV's Madrid head office hosted the conference “Asteroids: A vision of the future”, bringing together scientists from the European Space Agency and industry experts in asteroid exploration and future asteroid missions. Pinnacle of the event was a spectacular sand-art show explaining the AIM mission to the attendees.