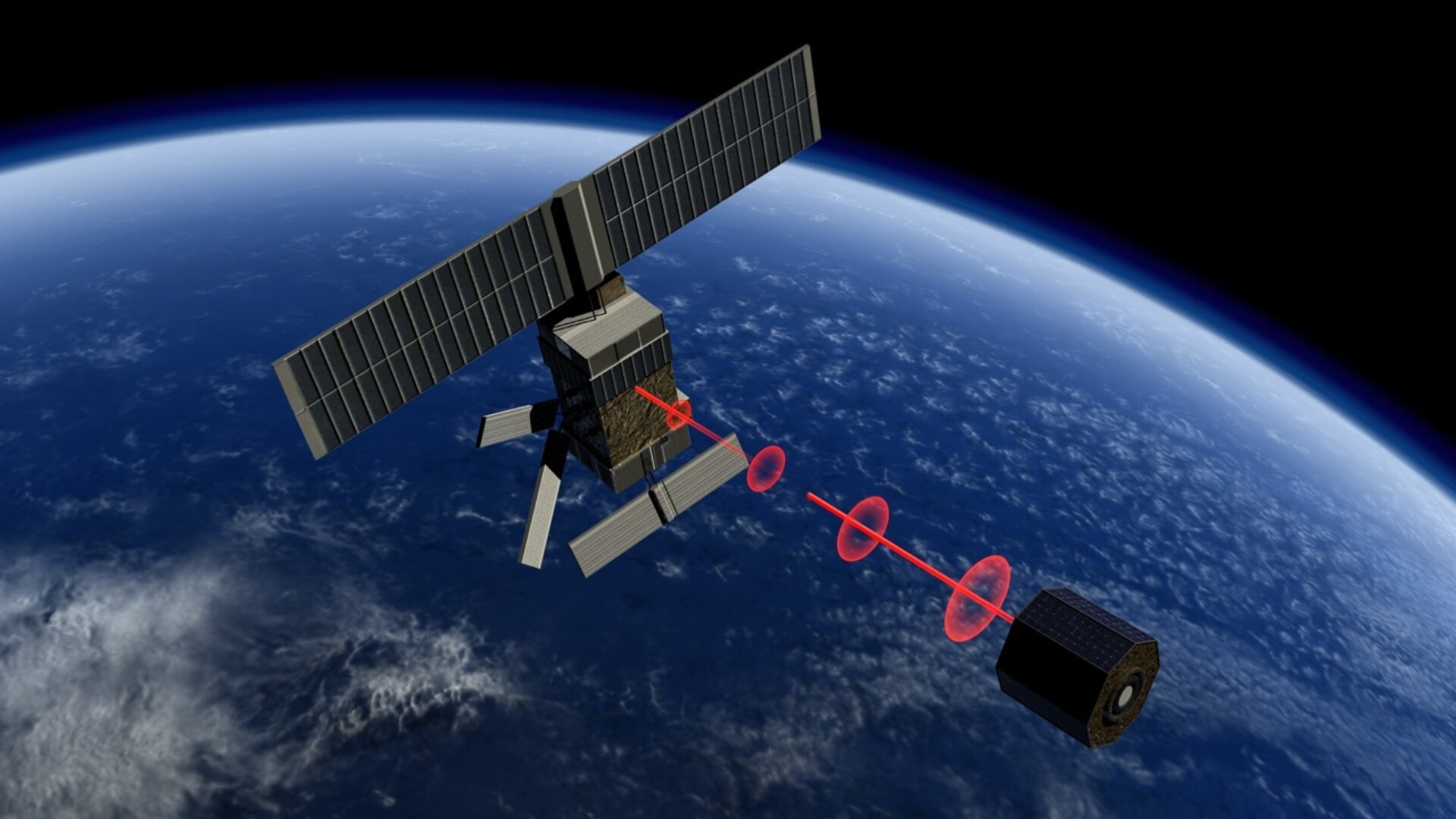 ESA, as a space technology and operations agency, has identified active removal technologies as a strategic goal.

Active Debris Removal (ADR) is necessary to stabilise the growth of space debris, but even more important is that any newly launched objects comply with post-mission disposal guidelines – especially orbital decay in less than 25 years. If this were not the case, most of the required ADR effort would go to compensate for the non-compliance of new objects.

Studies performed with long-term evolution models like DELTA have shown that a ‘business as usual’ scenario will lead to a progressive, uncontrolled increase of object numbers in LEO, with collisions becoming the primary debris source.

The IADC mitigation measures will reduce the growth, but long-term proliferation is still expected, even with full mitigation compliance, and even if all launch activities are halted. This is an indication that the population of large and massive objects has reached a critical concentration in LEO.

But even in a future scenario in which no further objects are added to the space environment (no launches, no debris release, no explosions), the results of simulations by ESA and NASA show that the number of debris objects would continue to grow even under these idealised conditions – under which a collision rate of once every 10 years can be assumed.

Furthermore, an IADC study with six different models from 2013 show that in an almost perfect scenario with 90% compliance with the mitigation guidelines and with no explosions on orbit, the population suffers a steady increase, and a collision could be expected every 5–9 years.

All these studies are a clear indicator that the population of large and massive objects has reached a critical density in LEO, and that mitigation alone is not sufficient.

It is necessary to introduce a programme of remediation measures as well: active debris removal, in order to reduce the number of large and massive (mostly physically intact) objects .

An ESA analysis shows that the (lower) level of around 2500 intact objects (the status in the mid-1990s) would have a 50% probability of decreasing the overall debris population. If this is considered to be a desirable goal for remediation, the number of intact objects has to be reduced even while the world’s spaceflight activities continue.

Averaged over the eight years 2004–12, about 72 objects were placed into LEO per year.

However, since 2012, there has been a steep increase in the number of satellites placed in LEO, with the count now running at 125 objects per year (average over the four years 2013–16), mainly due to the increased use of small satellites. In addition, in 2015, several companies announced their intention to deploy large constellations of more than around 1000 satellites in LEO to provide fast Internet around the world.

Therefore, limiting the launch rate or a further reduction of the allowed lifetime in orbit after the end of the mission (which would be two options to reduce the overall number of intact objects in space) do not seem feasible, because they cannot be mandated.

For all new objects, strong compliance with post-mission mitigation measures would allow maintaining the number of intact objects at a level similar to the current one, and avoid having to deal with more objects in addition to those already in orbit.

Therefore, in order to reduce the number of big objects in LEO, the only option is to actively remove large objects now in orbit and having a long remaining lifetime in space. This would provide several benefits:

Studies at ESA and NASA show that with a removal sequence planned according to a target selection based on mass, area, or cumulative collision risk, the environment can be stabilised when on the order of 5–10 objects are removed from LEO per year (although the effectiveness of each removal decreases as more objects are removed).

Active removal can be more efficient in terms of the number of collisions prevented versus objects removed when the following principles are applied for the selection of removal targets, which can be used to generate a criticality index and the according list:

Long­-term environment simulations can be used to analyse orbital regions that are hotspots for collisions. The most densely populated region in LEO is around 800–1000 km altitude at high inclinations. The collision hotspots can be ranked by the number of collisions predicted to occur under a business as usual scenario.

High-ranking hotspot regions are at around:

The concentration of critical-size objects in these narrow orbital bands could allow multi-target removal missions. Such missions could be specifically designed for one orbit type were a number of objects of the same type are contained.

While removal targets should be selected from a global perspective, legal constraints dealing with the ownership of space debris objects, and the validation thereof, cannot be neglected.

Also, it should be kept in mind that legal responsibility for a coupled remover/target stack (i.e. when a removal spacecraft attaches itself to a inoperative body for deorbiting) is shared. While removal technology should be generic, i.e. applicable to a wide range of removal targets, which may also include non­ESA objects, special emphasis on firm agreements with the owners of the object is required.

Actions to counter the exponential growth of space debris, such as mitigation and active removal, are most effective when they are applied as soon as possible. The further the number of critical intact objects in the environment deviates from a sustainable level, the more objects will have to be removed to suppress any additional growth and the multiplying effects thereof.

ESA’s internal studies have shown that continuous removal actions starting in 2060 will only have 75% of the beneficial effect compared to an immediate start.

Technologies for a wide range of removal targets will be studied, including real applications. The eDeorbit mission may be the first ADR mission conducted by ESA, with the objective of removing a large ESA-owned object from its current orbit and performing a controlled reentry into the atmosphere.