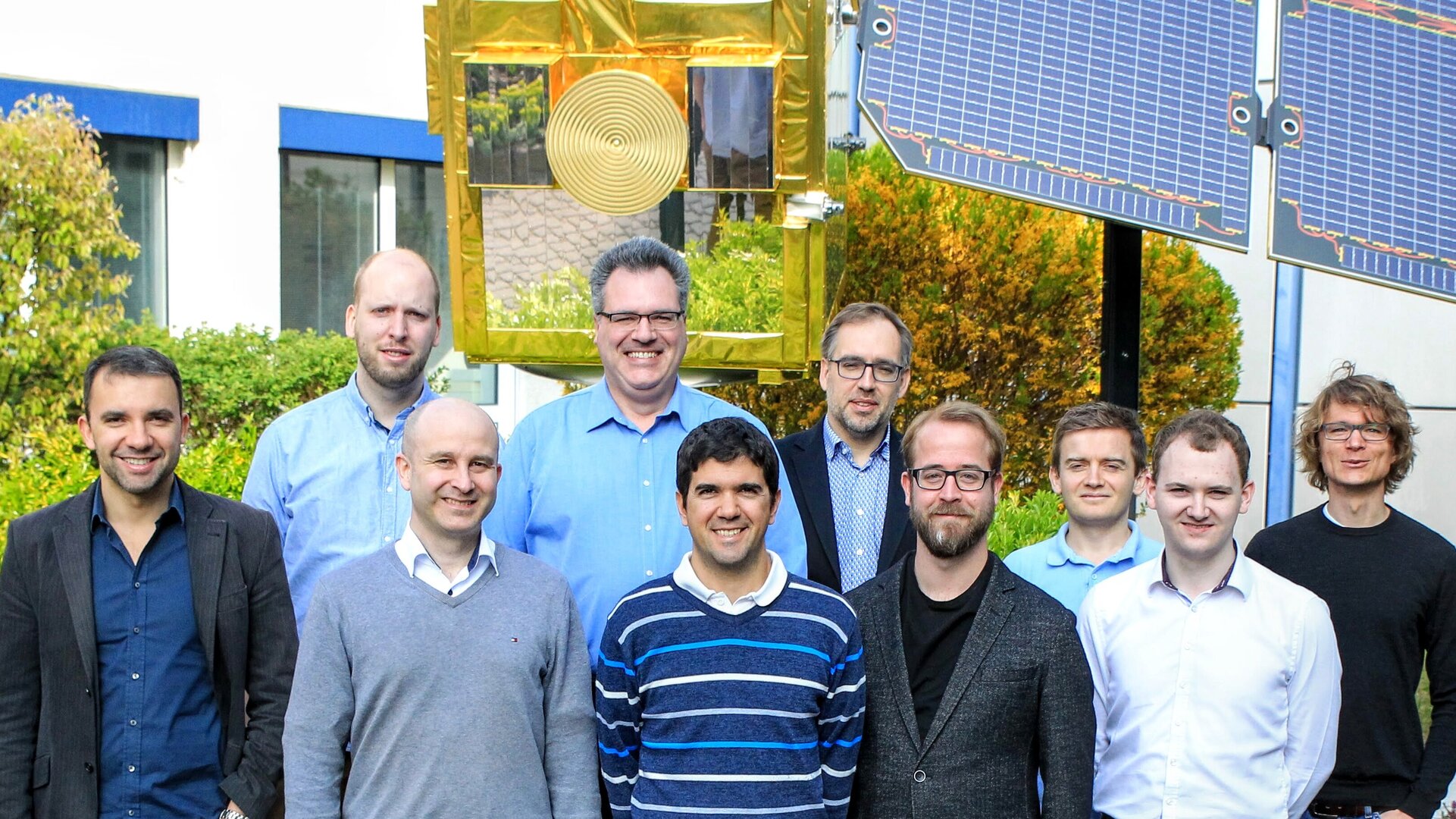 Holger Krag is the head of the Space Debris Office. He coordinates ESA’s space debris research activities and leads the ESA delegation to the Inter-Agency Space Debris Coordination Committee (IADC). He joined ESA in 2006 after several years’ space debris research work and as a ground systems engineer in space industry. With 15 years of experience in the area, he now focuses on international coordination, space surveillance and risk models.

Benjamin Bastida Virgili has been working for the Space Debris Office since September 2008. He is involved in a wide spectrum of projects, and offers particular expertise in operational conjunction-event analysis, orbit determination, controlled and uncontrolled reentries, future environment predictions and mitigation analysis.

Frazer McLean is an engineer working in the Space Debris Office. He is responsible for development and maintenance of the office’s database infrastructure and analysis software.

Jan Siminski joined ESA’s Space Debris Office in 2015. He works mainly on space situational awareness tasks such as the analysis of current and future space surveillance systems and the development of object-cataloguing tools, e.g. correlation and orbit determination.

Klaus Merz joined the Space Debris Office in 2010 and has been working on spaceflight dynamics for more than 10 years. Currently, his main tasks include the coordination of operational conjunction analyses and collision avoidance activities for ESA and third-party missions as well as studies of potential disposal orbits for ESA missions on highly eccentric orbits.

Tim Flohrer leads space surveillance and tracking activities in support of the Space Situational Awareness programme of ESA. In the Space Debris Office, he runs activities related to active and passive observation of space debris from ground and, potentially, from space. He is currently supports standardisation in a variety of interagency and international organisations (CCSDS, CEN, ECSS and ISO) and he represents ESA in IADC WG2.

Vitali Braun joined the Space Debris Office with a desire to learn as much as possible about our space-debris environment. As such, his main activities focus on space debris modelling for evolution, and maintenance of ESA’s MASTER and DRAMA software tools.

Quirin Funke is an engineer working on reentry analyses and predictions, collision avoidance and laser ranging. He also takes care of the maintaining and developing the Space Debris Office’s web front-ends and computational server park.

Jyri Kuusela has been involved in the development and operation of the ESA Optical Ground Station’s wide-field CCD camera system since 1996. His background is in theoretical physics, especially plasma and solar physics. He has been based at Tenerife since 2001, when the regular space-debris observations started at OGS.