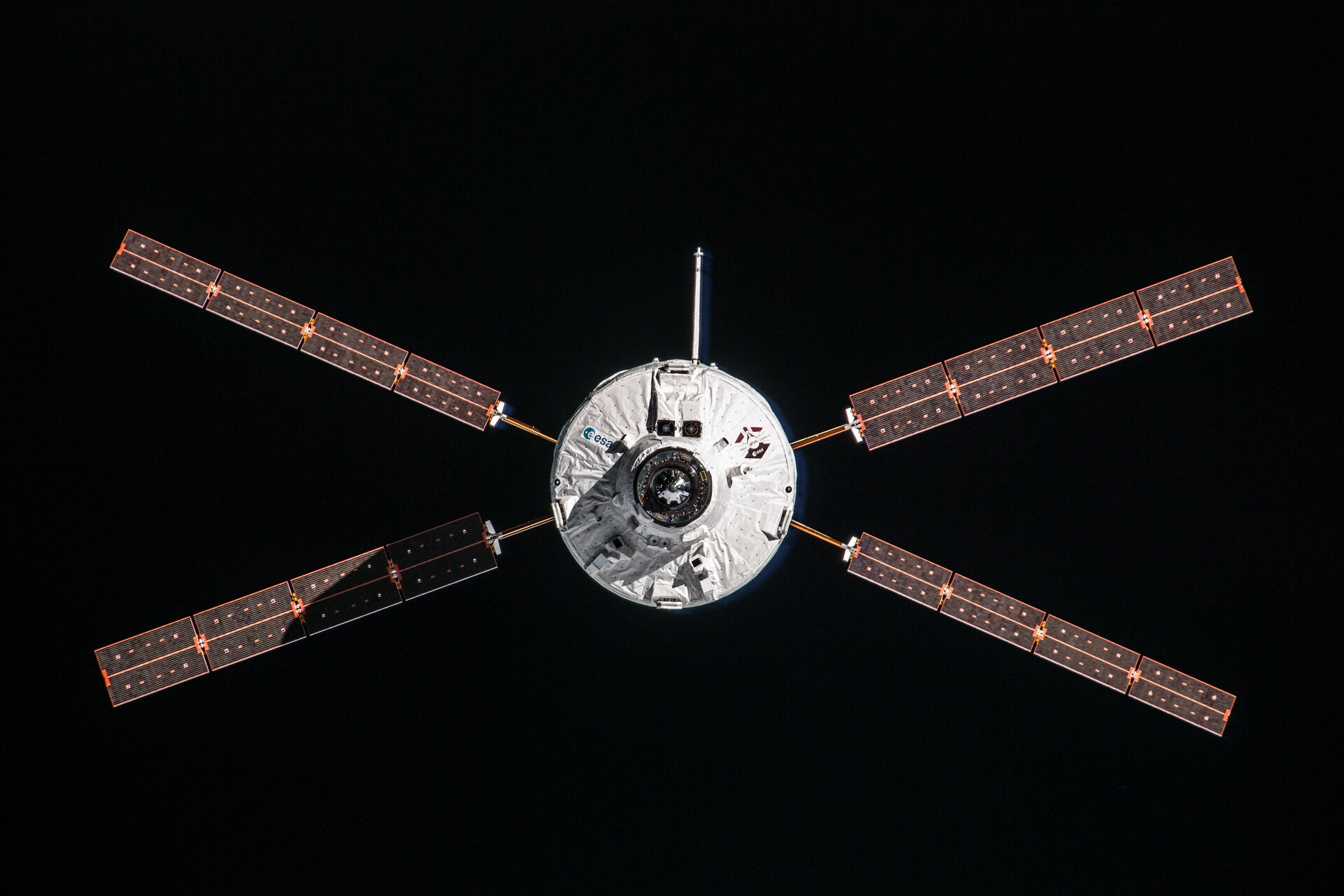 ESA’s supply and support ferry ATV Albert Einstein has served the International Space Station faithfully since it was launched from Europe’s spaceport in French Guiana in June. Its mission comes to an end next week when it undocks on Monday and enters Earth’s atmosphere five days later.

Albert Einstein is the fourth in the series of ESA’s Automated Transfer Vehicles that delivers supplies to the Station, reboosts its orbit and frees up space on the orbital outpost when it undocks with waste.

This year, the ATV team has planned a special departure. After undocking at 09:00 GMT on 28 October, Albert Einstein will be instructed by ATV Control Centre in Toulouse, France to perform delicate manoeuvres over the course of five days to position itself directly below the Station.

Controllers will start the reentry procedure around noon GMT 2 November when ATV-4 is 120 km below the Station – so astronauts will observe the craft from above as it disintegrates over the Pacific Ocean. This procedure will provide valuable information to calibrate future spacecraft reentries.

“This mission has gone without a hitch and is an excellent performance by the operations team at the control centre and our industrial partners that built the machine,” says ATV-4’s mission manager, Alberto Novelli.

“To close the mission with such a delicate but spectacular operation is a fitting end to all the hard work of the people involved,” adds Jean-Michel Bois, heading the operations team at the control centre.

ATV-4 is the heaviest payload ever launched by an Ariane rocket. The vessel also carried the most cargo by weight as well as the most individual items ever in the ATV series.

The record-breaking craft has one more achievement up its sleeve: it will leave the Station packed with the largest amount of waste ever.

Watch the undocking live and follow ATV’s final moments with updates as they happen on ESA’s ATV blog.