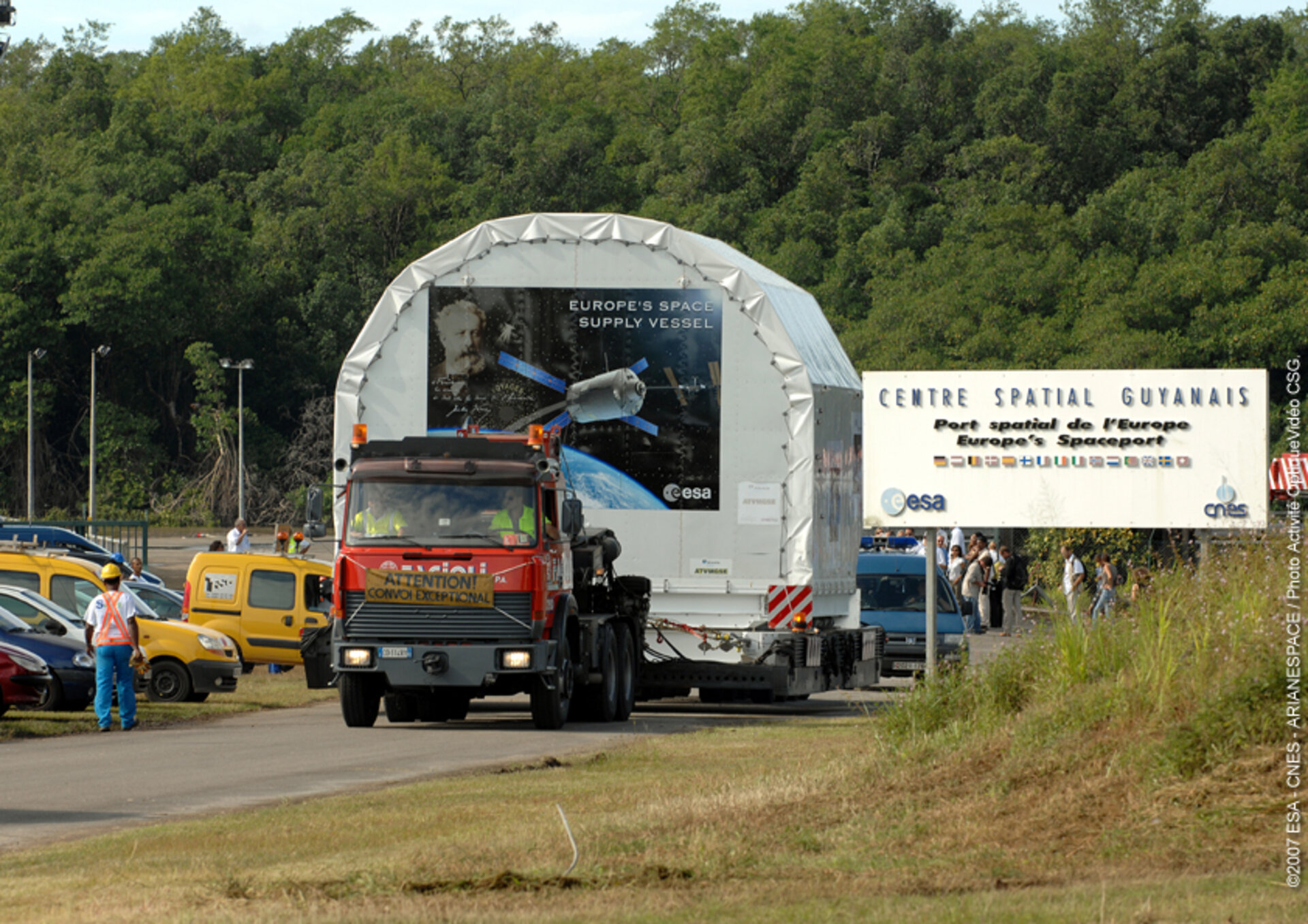 Operations to unload the International Space Station (ISS) re-supply cargo spacecraft started later the same day. The final section of the ATV spacecraft was disembarked on Tuesday morning and driven by truck to the S5 building at Europe's Spaceport.