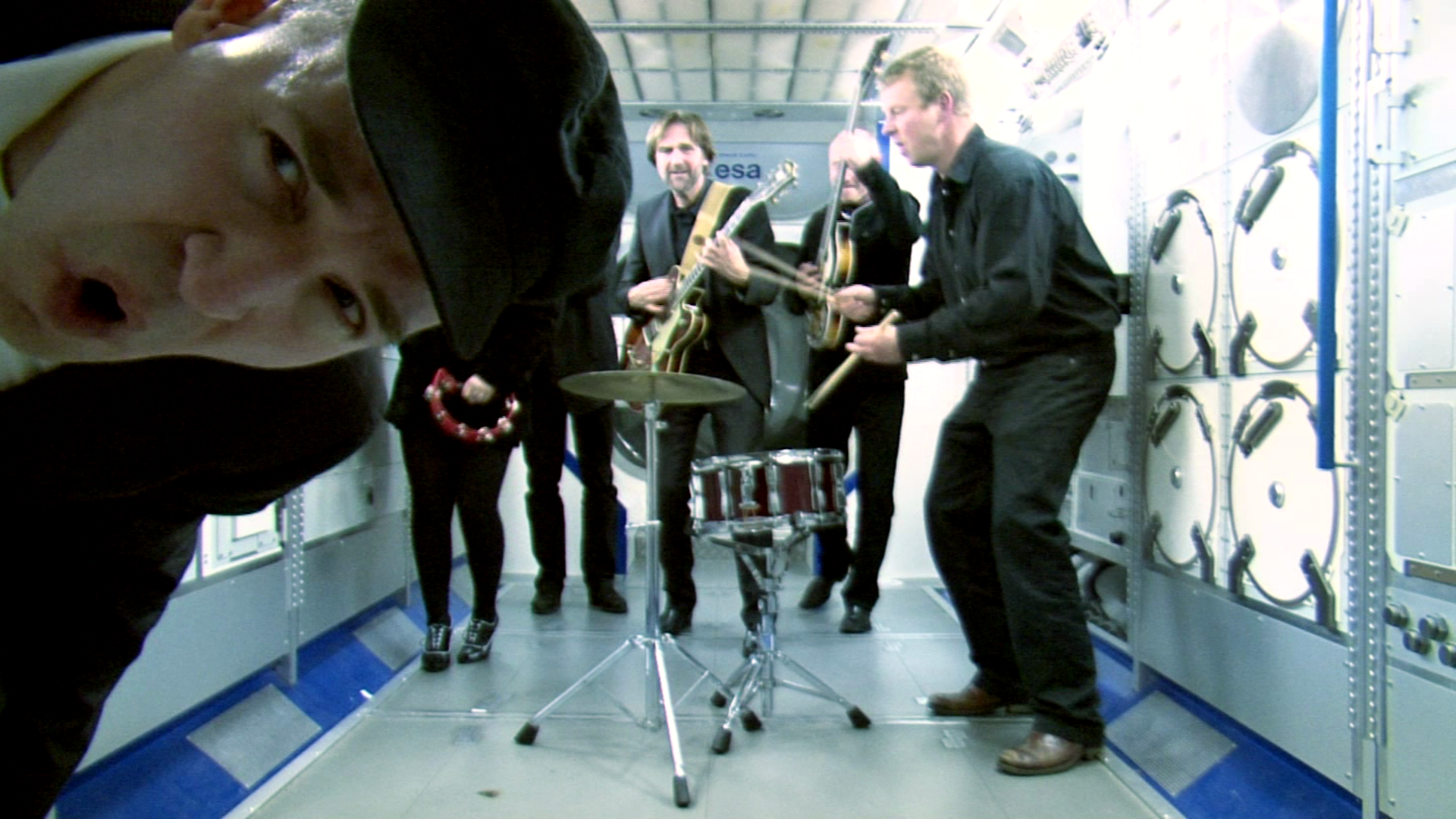 After a spectacular night-time liftoff from Kourou on 23 March, ESA's third Automated Transfer vehicle, Edoardo Amaldi, is set for docking with the International Space Station on Wednesday.

In space, André Kuipers and Oleg Kononenko will keep close watch on the docking, ensuring everything goes as planned.

On Earth, another team will be following the mission closely: Dutch group Love & Mersey is one of Europe’s top Beatles tribute bands and they've recorded a lively musical video, Back at the ISS.

Back at the ISS!

Inspired by The Beatles, and celebrating the key roles played by André and Oleg in ATV docking, the new video is an energetic greeting to the Station crew and is sung with English, Dutch and Russian lyrics.

“Thank you, Love and Mersey. Back at the ISS is a wonderful gift to music lovers everywhere, and I hope that it inspires young people to follow studies that take them into space one day, too," said André Kuipers after watching it on the Station.

The video was first released via ESA’s YouTube and social media channels on Friday after ATV liftoff. It was also released on the band’s website, and has since been viewed several thousand times.

"We wanted to do a song that celebrates André, who is Dutch and on his second space mission, and Oleg, who is Russian and will work closely with André during ATV docking," said band member Jan Hovers.

"ATV is a wonderful bit of European space success, and this will be its third mission to the ISS, so we wrote a song themed on 'getting back to the ISS' and made sure we included lyrics in several languages."

"We were approached by ESA's social media team earlier this year, and they asked us if we could sing something in three languages for André and Oleg on the occasion of ATV docking," says lead singer Marcel van der Linden.

"It took a lot of work, but we were really inspired by the incredible partnerships we see today between Europeans, Americans, Russians and others in space."

The video for Back at the ISS was shot on site at SpaceExpo, collocated with ESTEC, ESA's technical centre, in Noordwijk, the Netherlands.

It also includes ESA and NASA footage of André's current 6-month mission as part of ISS Expeditions 30 and 31, historical space footage from the 1960s and the band's own video clips.

The ATV cargo vessel is today the world's largest and heaviest spacecraft and the most sophisticated vehicle servicing the Station.