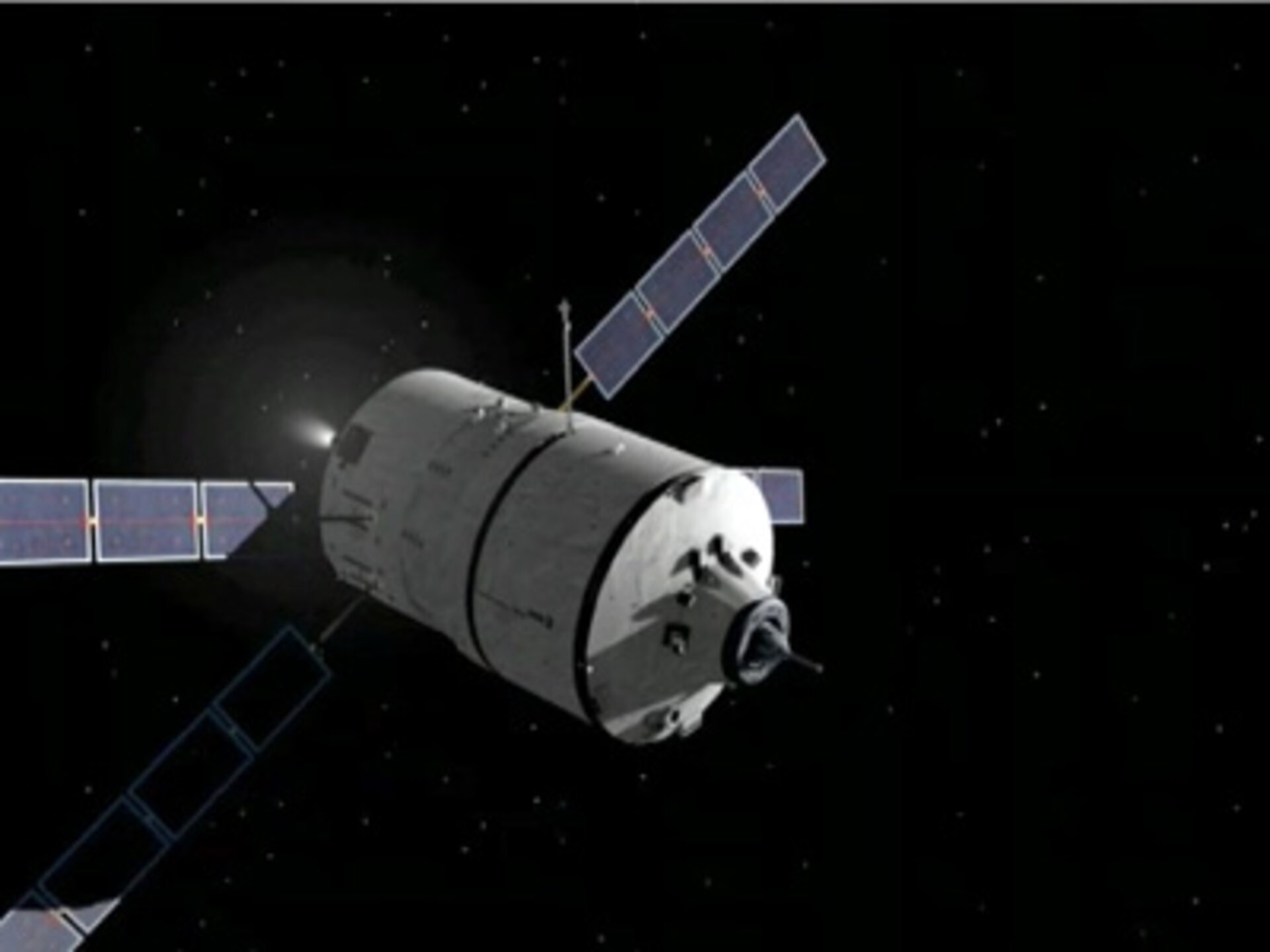 ATV Johannes Kepler has been an important part of the International Space Station since February. Next week, it will complete its mission by undocking and burning up harmlessly in the atmosphere high over an uninhabited area of the Pacific Ocean.

Serving the International Space Station is a valuable job but it will come to a spectacular end: ESA’s second Automated Transfer Vehicle, packed with Station rubbish, will deliberately plummet to its destruction on Tuesday in Earth’s atmosphere.

Just like the tonnes of natural space debris that collide with our planet every day, the 10-tonne ferry will burn up on reentry.

Only a few hardy pieces might survive and splash into the uninhabited South Pacific. The area’s air and sea traffic has been warned and a no-fly zone will prevent any accidents.

The racks inside ATV have been filled with some 1200 kg of waste bags and unwanted hardware by the crew.

ATV Johannes Kepler delivered about seven tonnes of much-needed supplies to the Space Station, including 1170 kg of dry cargo, 100 kg of oxygen, 851 kg of propellants to replenish the Station tanks and 4535 kg of fuel for the ferry itself to boost the outpost’s altitude and make other adjustments.

ATV-2 manoeuvred the complex on 2 April to avoid a collision with space debris.

Big boosts and preparations for dive

ATV’s last important task was to give the Station’s orbit a big boost. One important sequence was performed 12 June, another on 15 June and the last one this afternoon, 17 June.

The combined effect of these manoeuvres was to raise the Station’s orbit to around 380 km.

The crew will close the hatches between the Station and ATV-2 on Sunday afternoon at 15:30 GMT (17:30 CEST). Undocking follows on Monday, at 14:51 GMT (16:51 CEST), with ATV’s thrusters gently increasing the distance from the outpost.

On 21 June, Johannes Kepler will fire its engines twice to descend from orbit.

Hitting the upper atmosphere, ATV will tumble, disintegrate and burn, and any remains will strike the ocean at around 20:50 GMT (22:50 CEST).

Useful up to last moments

Some aspects of a controlled destructive entry are still not well known, so ATV’s last moments will be recorded by a prototype ‘black box’.

The Reentry Breakup Recorder will gather measurements on the location, temperature, pressure and attitude of the vehicle’s breakup before ejecting.

Once it reaches an altitude of about 18 km, it will transmit the information via the Iridium satphone system.

With this last phone call home, Johannes Kepler will be productive right to the very end of a fruitful mission.