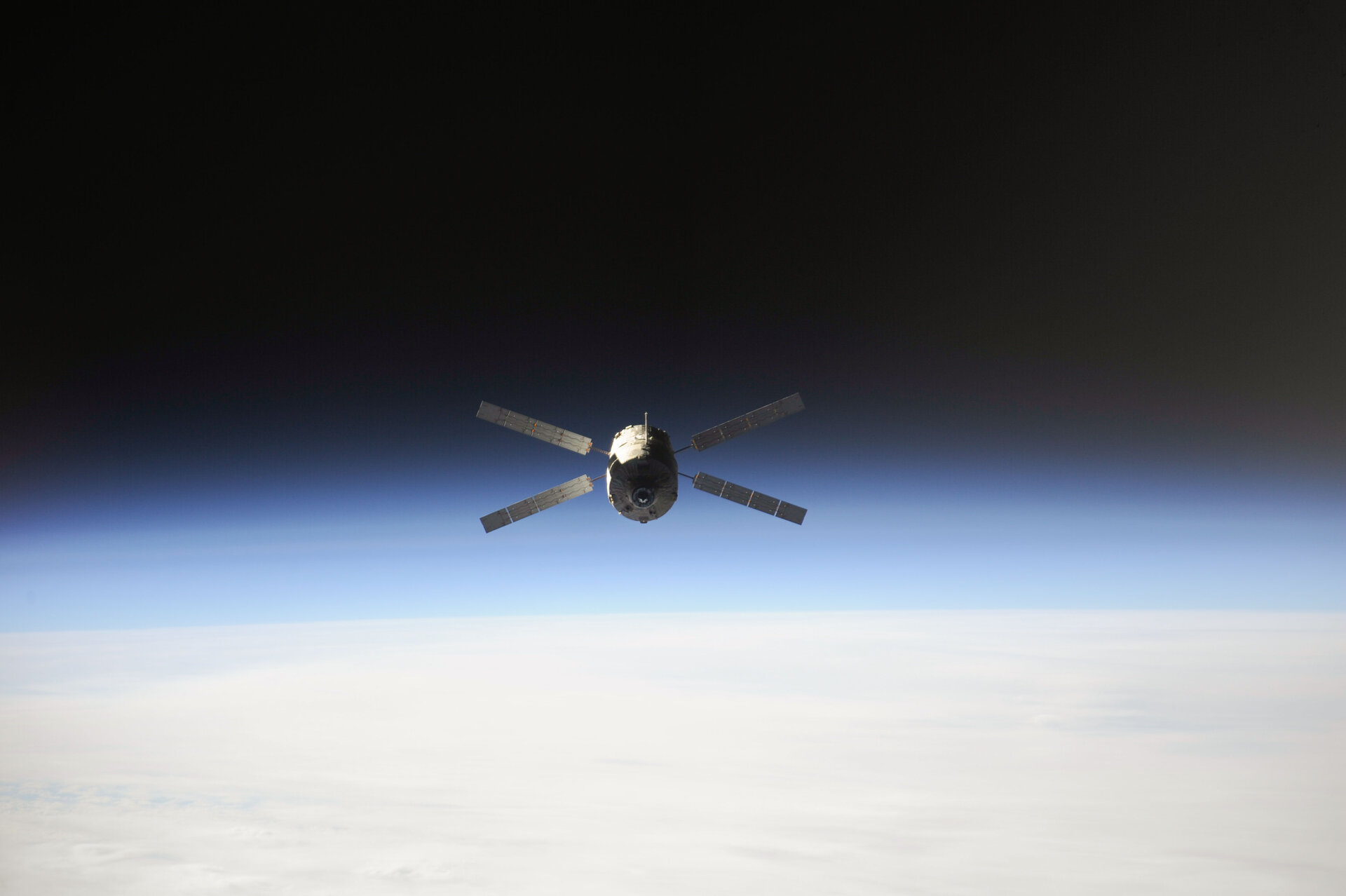 ESA’s fourth Automated Transfer Vehicle cargo ferry, Albert Einstein, completed its five-month mission to the International Space Station by reentering the atmosphere today and burning up safely over an uninhabited area of the southern Pacific Ocean.

Automated Transfer Vehicles (ATVs) are the most complex space vehicles ever developed in Europe and are the largest and most capable resupply ships to dock with the Space Station.

At 20 tonnes, ATV-4 set the record for the heaviest Ariane 5 launch when its mission started from Europe’s Spaceport in French Guiana on 5 June, docking with the Station 10 days later. The record cargo of 2480 kg included more than 1400 individual items.

Albert Einstein delivered important cargo to keep the Station operating and to allow the six astronauts on the orbital outpost to perform out-of-this-world experiments.

ESA astronaut Luca Parmitano oversaw the automated docking and was responsible for unloading and storing all the scientific equipment, spare parts, supplies, clothes and food.

A small selection of ATV-4’s cargo includes experiments on emulsions that will help industry to create foods and pharmaceuticals with longer shelf-lives, a replacement water pump for Europe’s Columbus laboratory, a new water recycler for NASA, a GPS antenna for Japan’s Kibo laboratory and 3D-printed space toolboxes.

While docked, ATV-4 performed six reboosts to keep the Space Station in orbit, counteracting the effects of atmospheric drag. Without reboosts by ATV and Russia’s smaller Progress vehicles, the Station would eventually fall back to Earth.

Before its departure, astronauts loaded its pressurised module with waste material, freeing up space on the Station. After setting records going up, ATV-4 also set records on its descent: it had the most waste material loaded for the series.

The European ferry undocked on 28 October at 08:55 GMT (09:55 CET) and manoeuvred itself into a safe reentry trajectory about 100 km below the Station.

Albert Einstein performed a series of delicate manoeuvres to reenter below the Station in order for the astronauts to observe the spacecraft’s fragmentation in the upper atmosphere, providing unique information on reentry physics.

ATVs perform all their manoeuvres, including their autonomous dockings, under close surveillance by their control centre in Toulouse, France, run jointly by ESA and France’s CNES space agency.

“The mission went perfectly, which for me and the ATV team or any space mission is a great thing,” says Alberto Novelli, ATV-4 mission manager.

“The smooth running of this fourth mission shows the maturity of the ATV programme and puts ESA’s successful track record on the map for future projects.”

The next spacecraft in the series, ATV Georges Lemaître, has already arrived by boat at the European spaceport in French Guiana. Loading cargo into the pressurised module will start in March next year. ATV-5’s modules will then be combined and placed on its Ariane launcher for launch at the end of June.

With the series of five ATV space vehicles, ESA will have paid its dues for using the Station through to the end of 2017.

ESA is contributing a significant share of the maintenance of the Station to cover the costs related to operating its own elements – the Columbus laboratory and its set of experiments and related science equipment – as well as to the regular flights of its astronauts.