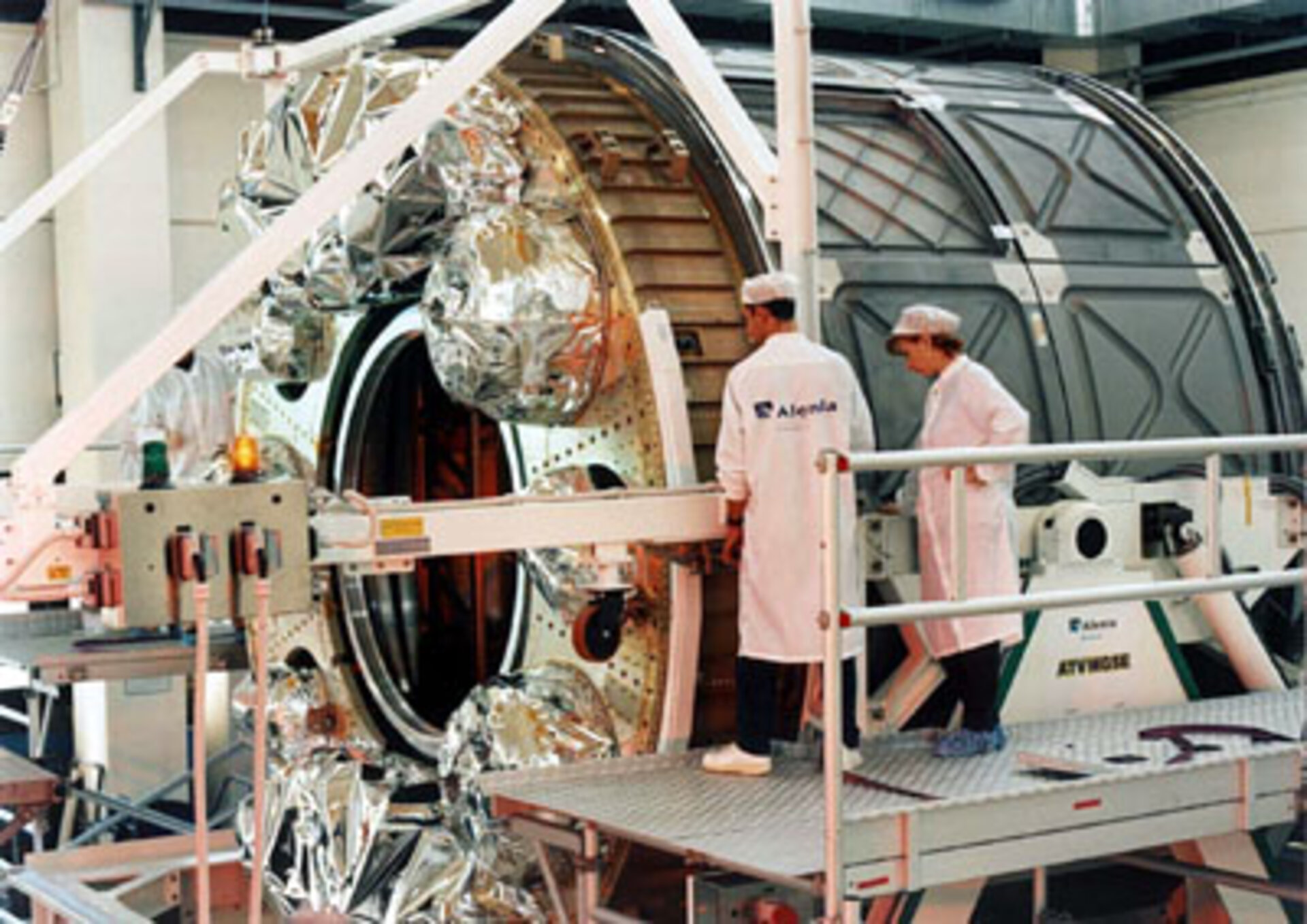 A new pressurised module for the International Space Station leaves Turin airport for Amsterdam today, on board the huge Airbus Beluga, the transport vehicle used for exceptional loads.

Like its predecessors the logistics modules Leonardo, Raffaello and Donatello, this new module has been built by the Italian company Alenia Spazio, which is part of Finmeccanica.

This mechanical model of the cargo carrier of the Automated Transfer Vehicle (ATV), known as the STM/Maquette Dynamique, is being developed under an ESA programme led by the French company EADS Launch Vehicles. Once the module arrives at ESA’s laboratories at ESTEC in the Netherlands, it will be integrated with the rest of the ATV and prepared for the structural and thermal tests that will be carried out between the end of this year and next summer.

Alenia Spazio has direct responsibility for the cargo carrier, the forward half of the ATV which contains mechanisms for attachment to the International Space Station (ISS), further fuel supplies for attitude control, and water and air for the crew. It will also carry onboard various supplies such as spare clothes and space suits, equipment and food.

The ATV - a type of space ‘lorry’ weighing over 20 tonnes at launch - will be injected into space by an Ariane-5 launcher in 2007. It has been designed to fly unmanned and dock to the space station automatically. After the in-orbit docking, astronauts will enter the ATV compartment built by Alenia Spazio to unload provisions and load waste material from the ISS. This will then be eliminated in a destructive re-entry approximately six months later.

Prior to re-entry the ATV will carry out an important manoeuvre: the ‘re-boost’ to push the ISS back to its maximum orbit of between 360 and 420 km. This process has to be carried out periodically to make up for the gradual decrease in the height of the station’s orbit. Alenia Spazio is expected to produce 7 ATVs flight units for the ISS operations planned to take place between 2007 and 2012.

The Italian company’s significant contribution to the ISS will continue at its Turin site with the integration and development of other key elements needed for the ISS. These include the European laboratory Columbus, the two interconnecting nodes 2 and 3, and the pressurised Cupola.

Alenia Spazio is also in the study and definition phase for the CRV minishuttle, the ISS ‘lifeboat’ as well as the Habitation module that will become the final ISS residential quarters. These new projects were recently assigned to Alenia Spazio under an agreement between NASA and the Italian Space Agency ASI.