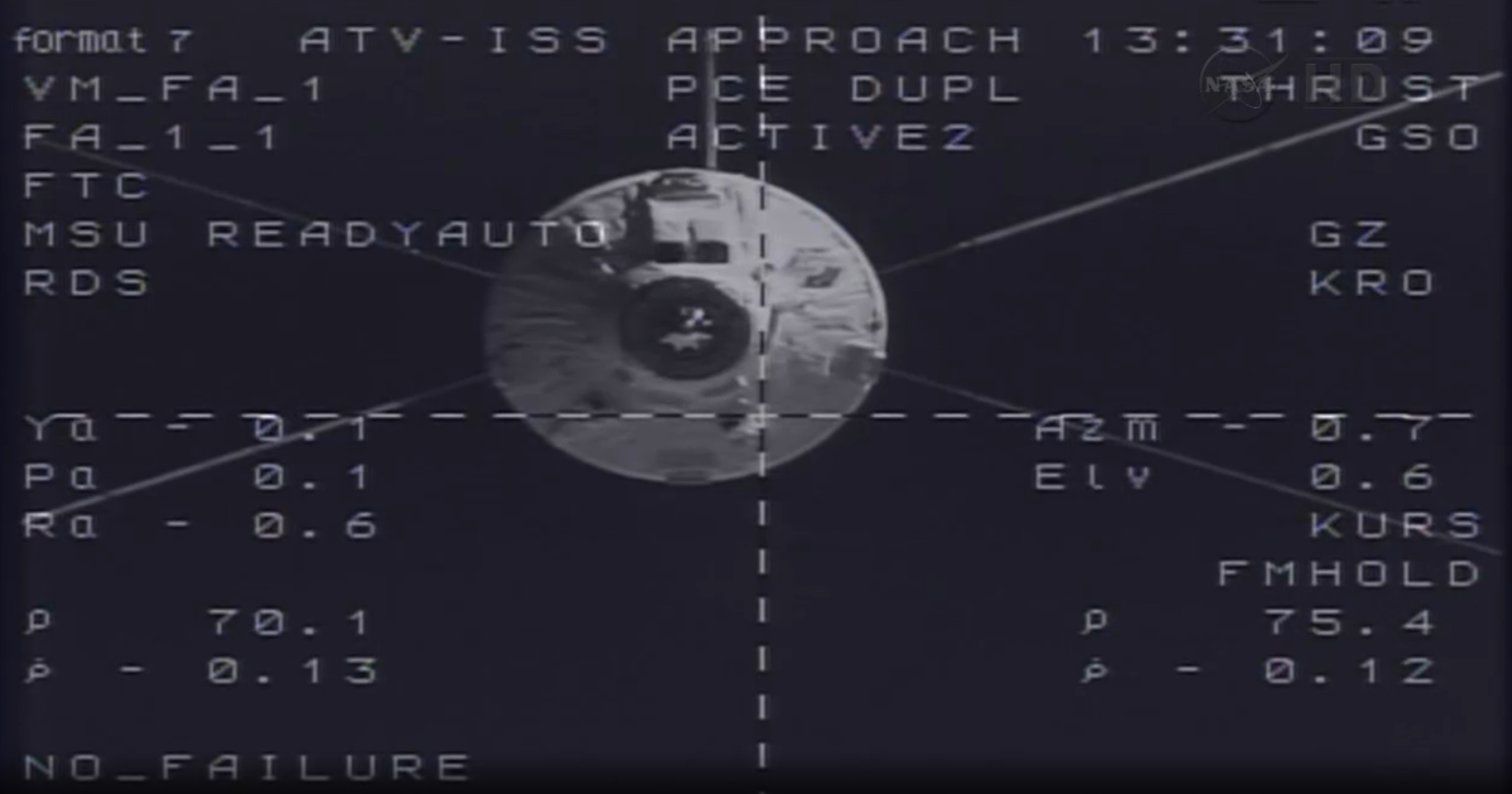 The Automated Transfer Vehicle (ATV) is now connected to the Space Station.

“With the fourth ATV now ready to support and supply the Space Station with essential supplies and scientific experiments, ESA again proves itself to be a reliable partner in the international station upon which the future can be developed.”

The 20-tonne ferry, the heaviest spacecraft ever launched by Europe, flew autonomously and docked with the 420-tonne complex with a precision of a few cm as both circled Earth at 28 000 km/h.

“Such a gentle contact between a spacecraft the size of a double-decker bus and a Station 20 times larger is an amazing achievement, highlighting the impressive level of control achieved by this European space system developed by our industry under ESA’s direction,” said Thomas Reiter, ESA’s Director of Human Spaceflight and Operations.

“These impressive technological capabilities will live on in the service module of NASA’s upcoming Orion crew vehicle.”

The rendezvous and docking were performed autonomously by ATV’s own computers, closely monitored by flight controllers from ESA and France’s CNES space agency at the ATV Control Centre in Toulouse, France, and by Luca Parmitano and his crewmates on the Station.

Like its predecessors, ATV-4 is much more than a simple supply vessel: it is a space tug, a tanker, a freighter and a temporary habitation module.

To compensate for the natural decay in altitude of the Station’s orbit caused by atmospheric drag, it is loaded with 2580 kg of propellant to perform regular reboosts. It can even move the entire space complex out of the path of hazardous space debris. ATV also provides attitude control when other spacecraft are approaching the Station.

In its tanks, it carries 860 kg of propellant, 100 kg of oxygen and air, and 570 kg of drinking water, all to be pumped into the Station’s tanks.

In its pressurised cargo module, it carries more than 1400 items packed into 141 bags, including 2480 kg of dry cargo such as scientific equipment, spare parts, food and clothes for the astronauts.

During its four months attached to the Station, ATV will provide 45 cubic metres of extra crew quarters. On previous missions, the addition was welcomed by the astronauts as “the quietest place in the Station” and was often the preferred area for working.

At the end of its mission, scheduled for 28 October, ATV-4 will separate from the Station, packed with waste bags. The following day, it will be directed to burn up safely in the atmosphere during reentry over the South Pacific Ocean.