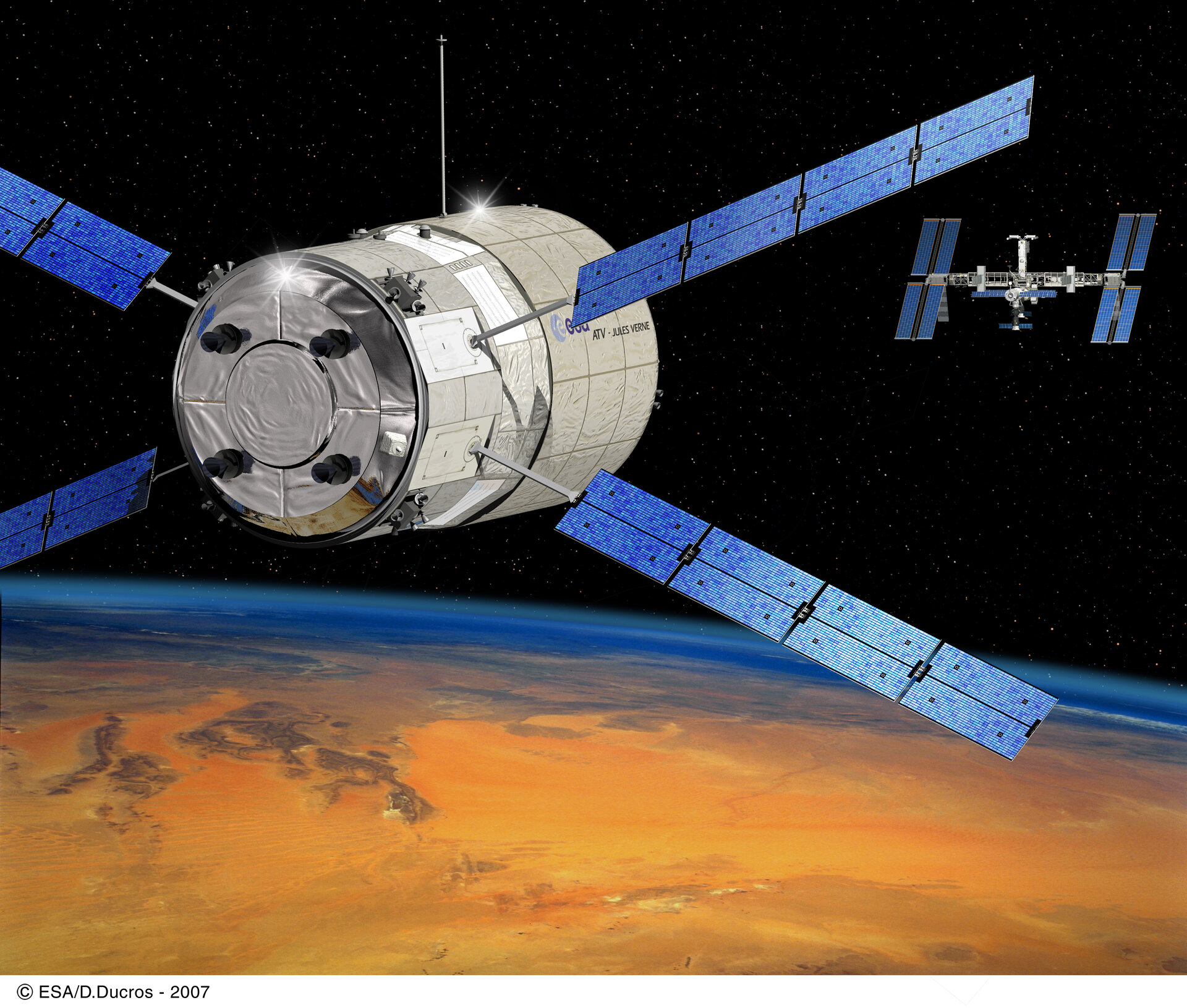 ESA PR 08-2008. After the successful launch of ESA’s Columbus laboratory aboard Space Shuttle Atlantis on Thursday it is now time to focus on the next imminent milestone for ESA: the launch of Jules Verne, the first Automated Transfer Vehicle (ATV) to be sent to the International Space Station.

The 20-tonne European resupply and space-tug module will be carried into orbit by a special version of the Ariane 5 launch vehicle. The launcher, operated by Arianespace, is now scheduled to lift off from Europe’s spaceport in Kourou, French Guiana, on 8 March at 01:23 local time, 05:23 CET.

From 2008 onward, ESA’s Automated Transfer Vehicle will be one of the space station’s supply spacecraft, delivering experiments, equipment and spare parts, as well as food, air and water for its permanent crew.

Constructed by EADS-Astrium, the ATV, which is the most powerful automatic spaceship ever built, will carry up to 9 tonnes of cargo to the station as it orbits 400 km above the Earth.

Equipped with its own propulsion and navigation systems, the ATV is a multi-functional spacecraft, combining the fully automatic capabilities of an unmanned vehicle with the safety requirements of a crewed vehicle . Its mission in space will resemble that, on the ground, of a truck (the ATV) delivering goods and services to a research establishment (the space station).

A new-generation high-precision navigation system will guide the ATV on a rendezvous trajectory towards the station. In early April, Jules Verne will automatically dock with the station’s Russian Service Module, following a number of specific operations and manoeuvres (on 'Demonstration Days') to show that the vehicle is performing as planned in nominal and contingency situations.

It will remain there as a pressurised and integral part of the station for up to six months until a controlled re-entry into the Earth’s atmosphere takes place, during which it will burn up and, in the process, dispose of 6.3 tonnes of waste material no longer needed on the station.