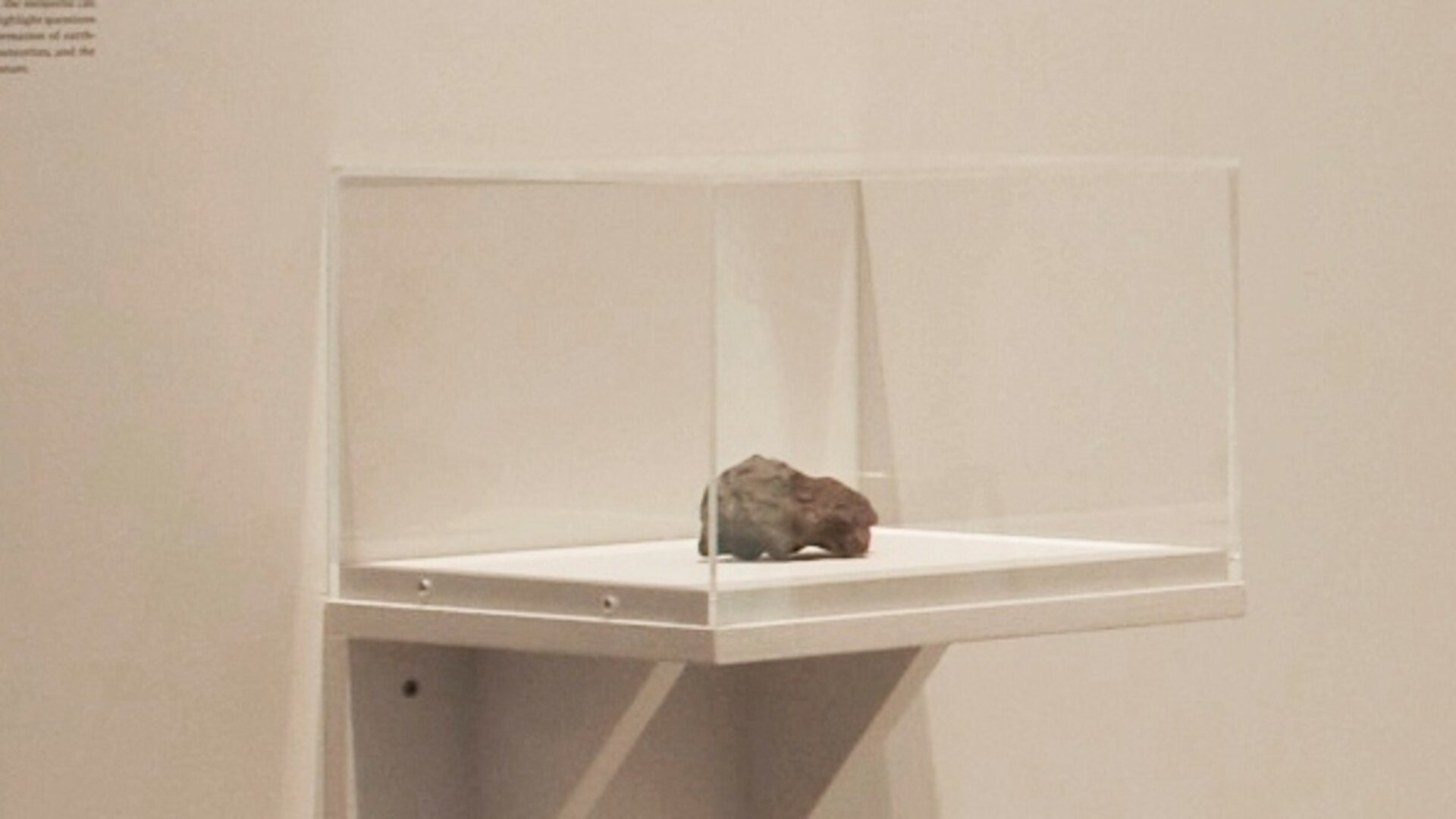 Inspired by the dream of space exploration, artist Katie Paterson imagined sending a piece of her meteorite artwork back to space in a celebration of science, art and human technology. Her vision may just become reality, with a little help from ESA’s can-do cargo vessel.

Paterson’s installation, Campo del Cielo, Field of the Sky, is on display at the UK’s prestigious Turner Contemporary gallery this summer, and features a 4.5 billion-year-old meteorite that has been cast, melted and recast as a model of itself, retaining its original form.

“The iron, metal and dust inside have been reformed, and the layers of its cosmic lifespan – the intermixing of space and time, the billions of years of pressure and change – have become collapsed, transformed and then, by the hand of human technology, renewed,” she says.

Back to where it came from

While developing the concept for the installation, Katie was struck by an idea: would it be possible to ‘close the story’ of her Campo del Cielo meteorite by returning it back to space?

“By sending it ‘back to space’, I hope to fire the imaginations of students, youth – anyone, really – and foster a discussion on our relation with the wider universe,” she explains.

Seminal fragments of our cosmic origins

For ESA, meteors, meteorites and asteroids are crucial to the scientific understanding of our Solar System, and they are central to numerous Agency activities such as the Rosetta comet mission, future robotic missions to asteroids, near-Earth object studies, Space Situational Awareness and even potential human missions beyond the Earth, Moon and Mars.

“Scientists recognise comets, meteorites and asteroids as the debris left over from the formation of our Solar System,” says Dr Detlef Koschny, responsible for near-Earth object activities at ESA’s Space Situational Awareness office.

“As such, studying them up close, if they fall to Earth, or deep in space, via telescopes or with spacecraft – like ESA’s Rosetta – is vital to understanding how planets and our Solar System emerged.

So, really, objects like this bit of meteorite symbolise a lot of what we are trying to achieve.”

Earlier this year, Katie contacted ESA to enquire if it would be possible to send a symbolic piece of her meteorite to the International Space Station as a way to support public outreach and awareness of the intersection between science and art.

ESA agreed, and has provisionally allocated space on the next Automated Transfer Vehicle, Georges Lemaître, due to voyage to the orbital outpost in 2014. A small sample of the meteorite will be carefully assessed for flight qualification, and if it passes, can be delivered ‘back to space’ to the Station.

“I hope this helps inspire people everywhere to think about the really big questions: the origin of life, the natural history of our Solar System and home planet, and our relationship with time, both geological and cosmic,” says Detlef.

“These are important questions, and space exploration together with art are helping us answer them.”

Editor’s note: News and updates on this unique collaboration will be published later in the ATV blog.

30 July 2013 - 15:00 - Exhibiting artist Katie Paterson talks about her work Campo del Cielo, Field of the Sky – a meteorite she has melted down and reformed for a trip back into orbit