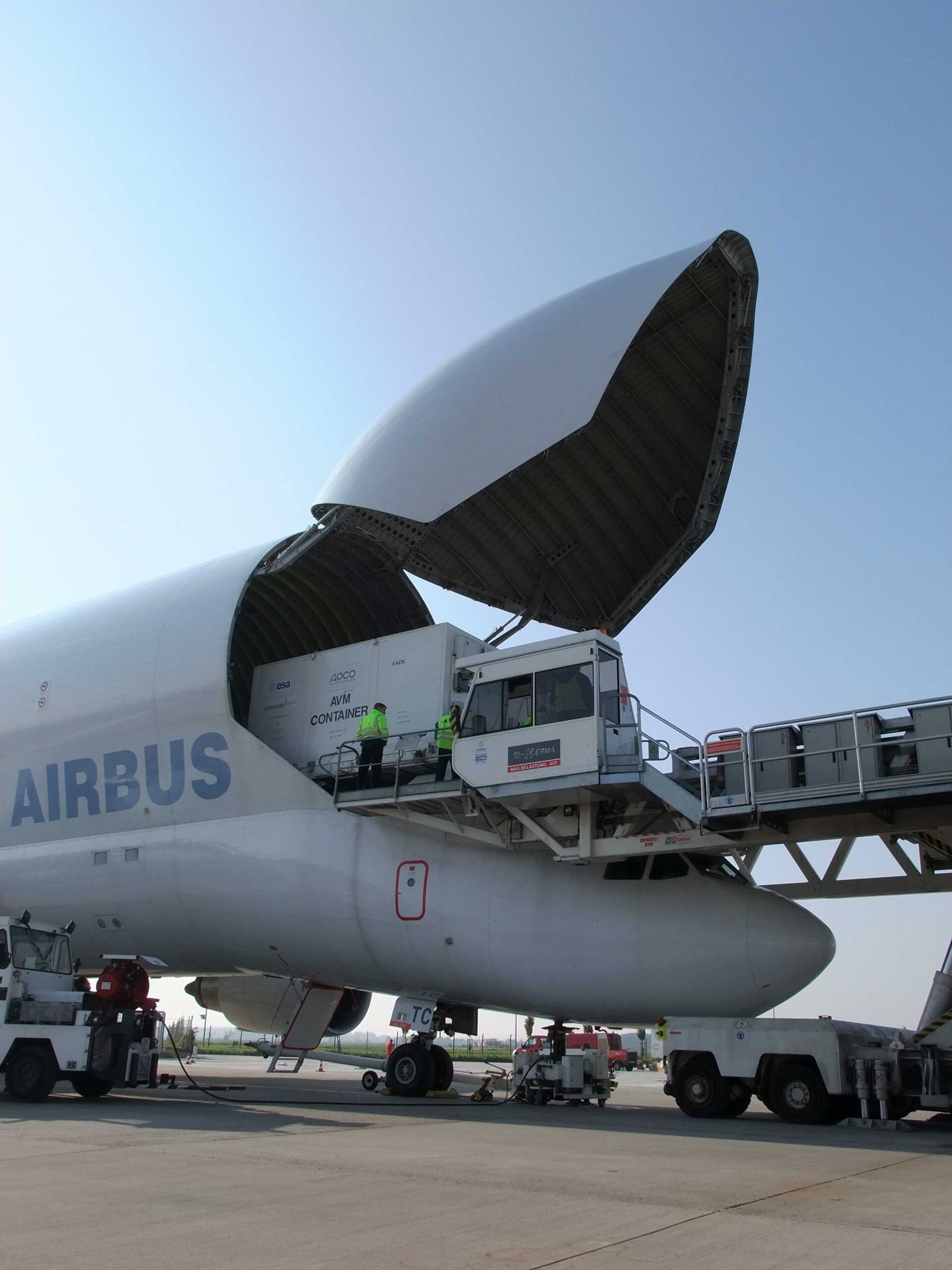 The three main parts of ATV-3 arrived at the premises of EADS Astrium in Bremen, Germany, in December. The vehicle is now waiting to be assembled at the end of January.

The Integrated Cargo Carrier, built by Thales Alenia Space Italy, was transported by a voluminous Beluga aircraft from Turin airport just before Christmas.

This module represents about 60% of the total ATV volume and will hold all the liquid and dry cargo, totalling up to 7.5 tonnes.

The Equipped Propulsion Bay, containing the rocket engines and propellant tanks, was built on site in Bremen. The Equipped Avionics Bay – ATV's 'brain' – was delivered from Toulouse, France, after thermal vacuum testing.

As the computers in the avionics bay generate a lot of heat, the thermal control system of this section is particularly sophisticated – and vital for ATV's success.

These two modules will be combined at the end of the month into their final configuration for launch. Later in the spring, the cargo carrier will be electrically connected with them for final testing.

ATV-3 will be shipped to the launch site, Europe’s Spaceport in Kourou, French Guiana, in September for dispatch to the ISS in February 2012.

The newest ATV, named after a leading figure in Italian space science last century, will be the first to be processed and launched within the target cadence of one ATV per year.

Construction of the following ATVs is also on schedule to keep up the tempo.

"The main challenges of Edoardo Amaldi will be not only to perform its very complex mission as successfully as its predecessors, but also to prepare it within a much shorter interval since the previous one," says Massimo Cislaghi, ESA’s ATV-3 Mission Manager.

"This implies, for instance, that any technical information from the Johannes Kepler mission will become available only when the Edoardo Amaldi preparations are already at a very advanced stage."

So far, the only differences between the two spacecraft are the name and the cargo manifest.

The launch by the end of February 2012 will be, "vital for space station logistics, especially at a time when the operational life of the US Space Shuttle will have come to an end, and its replacement might not yet be ready," comments Massimo.

After being happily mated in Bremen for system integration and testing, the parts will then be separated. Their next destination is French Guiana, where all the pieces will be reassembled and tested again before the vessel's voyage into space.

Editor's note: Follow the mission of ATV Johannes Kepler, due for launch on 15 February 2010, via ESA's ATV blog: http://blogs.esa.int/atv