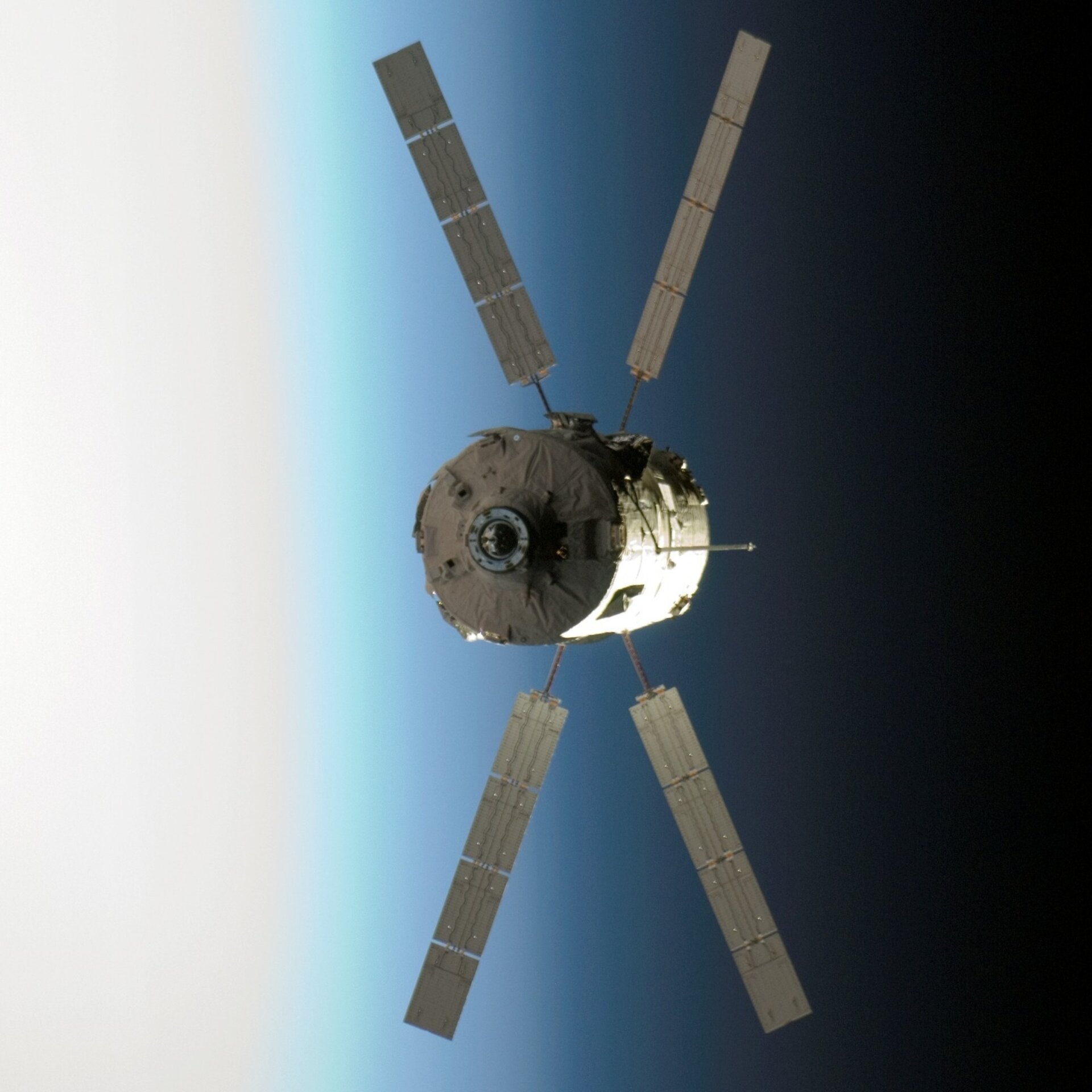 ESA’s Jules Verne ATV was used for the first time yesterday to transfer in one step 811 kg of refuelling propellant to the International Space Station while the two vehicles orbited Earth at 28 000 km/h. With this premiere for Europe, Jules Verne becomes the first western spaceship to succeed in refuelling another space infrastructure in orbit.

It took less than half an hour to automatically transfer about 280 kg of the Russian UDMH (Unsymmetrical dimethylhydrazine) propellant fuel and 530 kg of Nitrogen Tetroxide (N2O4), (which provides a source of oxygen so the fuel can ignite and burn in orbit) to the International Space Station's (ISS) own Russian-built propulsion tanks.

Because of the toxic and explosive characteristics of the hydrazine, the transfer is done through dedicated pipes located outside the pressurized structures of the Automated Transfer Vehicle (ATV) and the Station. The fuel lines run from the ATV, through the docking mechanism to the Space Station's own plumbing.

“We are impressed by this new achievement of Jules Verne ATV, which went without a hitch. And we really have to congratulate the teams of RSC Energia, Astrium and Thales Alenia Space for their years of efforts to integrate the Russian refuelling system in the ATV from the hardware and software point of view” said Massimo Cislaghi, ESA's leader of the Engineering Support Team.

During the refuelling operation, some 20 people were working on the ISS in the Moscow Control Centre, with 5 Russian ATV experts and 3 ESA ATV specialists who all are part of the Engineering Support Team located in Moscow. Meanwhile, 30 people were monitoring all ATV's critical functions at the ATV Control Centre in Toulouse where cheers and applause marked the end of the fuel transfer.

The refuelling capabilities of ATV and the Russian Progress capsules are identical with a maximum fuel load of 850 kg. Even if ATV has about three times the payload capability of the Progress, they use exactly the same tanks and the same interface through the ATV docking mechanism with the Station. The Russian ISS service module is the only Station element to have a propulsion system which allows to reboost the whole Station in order to overcome the effects of residual atmospheric drag.

“We have now successfully performed all the nominal operations of Jules Verne, such as the ISS attitude control, the ISS reboost, the gas transfer of air, the water transfer, the dry cargo and now the refuelling. Only undocking and re-entry remain, which we hope to do in September,” said Hervé Côme, ESA's ATV Mission Director at the ATV Control Centre in Toulouse, France.

One day after the transfer, on 18 June, the ATV teams in Moscow purged all the fuel lines which were used for the transfer between ATV and the Station. This eliminates the risk of toxic contamination from about 13 kg of fuel which could leak when Jules Verne ATV undocks from the International Space Station in September. Jules Verne ATV was launched from Kourou in French Guiana on 9 March 2008 and docked to the ISS on 3 April 2008.

“Today, Europe has gained a new space capability which represents a new step towards human spaceflights and advanced exploration programmes”, said Jean-François Clervoy, ATV senior advisor and a member of ESA's Astronaut Corps. “ATV is the only western vehicle able to refuel another spacecraft in complement to the Russian Progress. The successful automation of this function frees significant crew time for other ISS operations.”