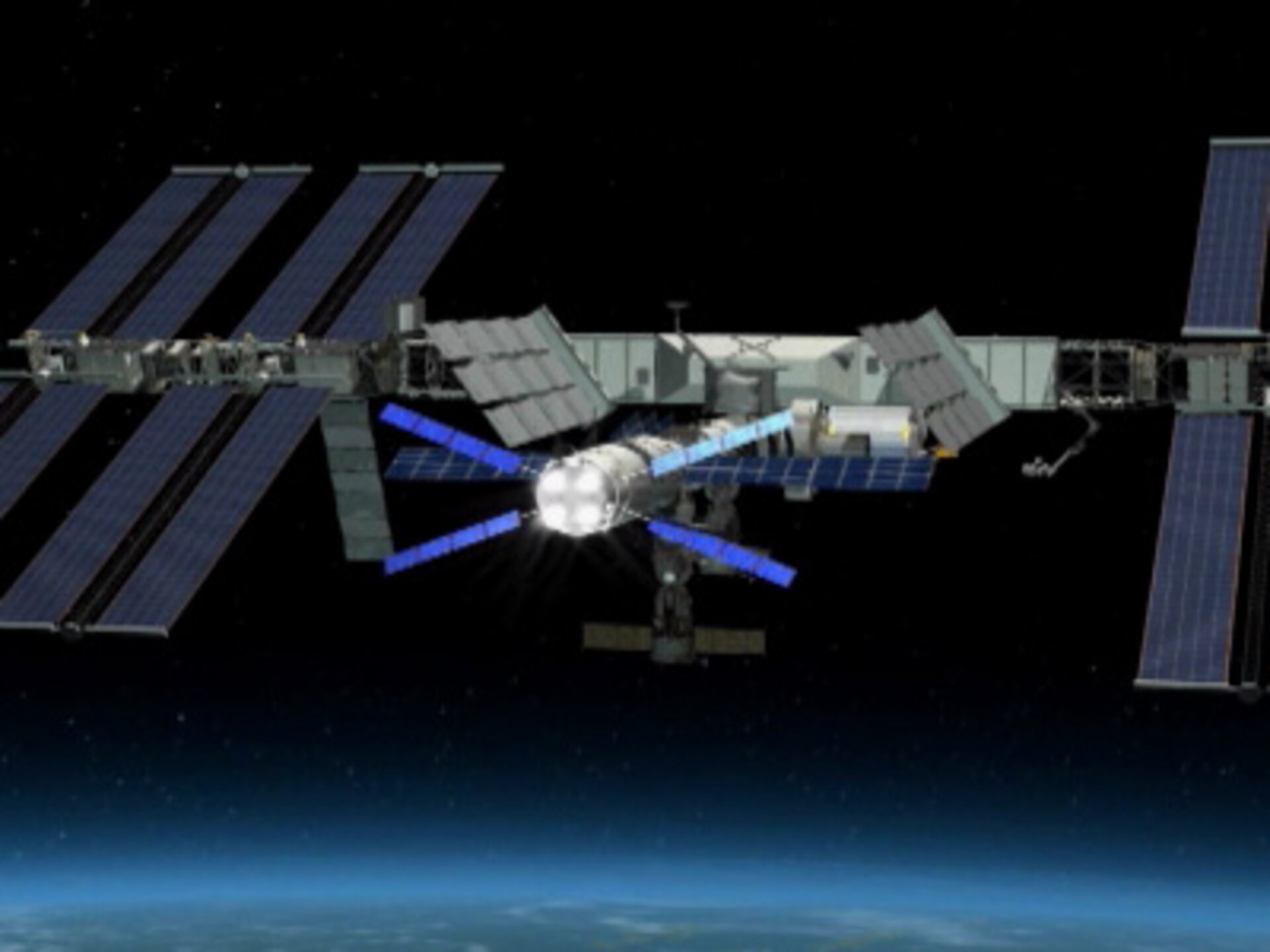 For the second time since April, ESA's Jules Verne ATV was used to raise the orbit of the International Space Station yesterday. A record boost from the 20 minute burn of the Automated Transfer Vehicle's main engines successfully lifted the altitude of the 300-tonne Station by around 7 km to an altitude of around 345 km above the Earth's surface.

The Automated Transfer Vehicle (ATV) was prepared for reboost operations by ATV Control Centre (ATV-CC) in Toulouse, France. The manoeuvre started at 08:42 CEST (06:42 GMT) yesterday morning and provided a 4.05 m/s thrust lasting 20 minutes using two of the ATV's four main engines with an outstanding precision of 1%. While the automatic order was initiated by Moscow Control Centre, two dozen controllers from ESA, CNES and Astrium at ATV-CC closely monitored ATV's subsystems throughout the crucial manoeuvre.

"Today, Jules Verne ATV has again successfully demonstrated that it is able to perform this vital function on regular basis. Only Progress and ATV can provide this powerful reboost. We should have at least one more reboost in July and two in August," said Hervé Côme, ESA's ATV Mission Director at the ATV Control Centre in Toulouse, France.

Regular reboosts are needed to overcome the effects of residual atmospheric drag which makes the Station lose about 100 m in altitude per day.

This second main reboost manoeuvre comes after the first one performed on 25 April, which was less powerful with 2.6 m/s of thrust. Today’s reboost has consumed about 400 kg of propellant on board Jules Verne. During the reboost the three ISS crewmembers were busy with their daily activities and could not feel the very gentle acceleration given by the ATV.

Jules Verne ATV is scheduled to remain docked to the International Space Station until September. At the end of its mission, Jules Verne, loaded with up to 6.5 tonnes of material no longer required by the ISS, will undock and then burn up completely during a guided and controlled re-entry high over the Pacific Ocean.