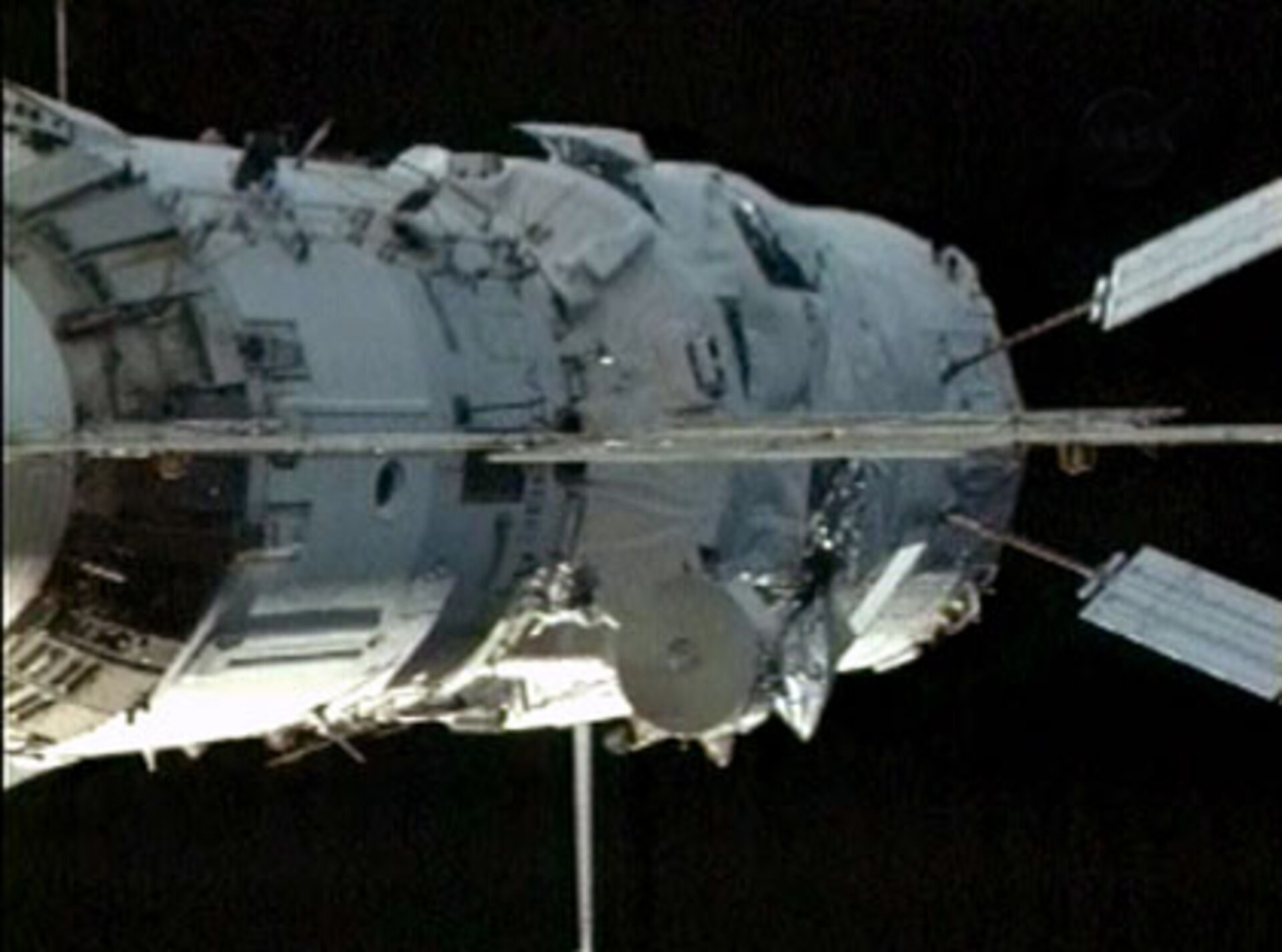 The astronauts on board the International Space Station performed final ATV hatch opening at around 10:30 CEST (08:30 UT) this morning, clearing the way for the crew to start unloading Jules Verne’s cargo delivery.

The hatches between ISS and Jules Verne ATV were opened for the first time at around 12:15 CEST (10:15 UT) on Friday, at which time the crew briefly entered ATV to place an air filtering device. The so-called ‘air scrubber’ was left to run for 8 hours removing any unwanted gasses or small particles of debris that may be floating around.

Immediately after hatch reopening this morning, the lights inside Jules Verne ATV were turned on and the air scrubber dismounted. The crew will now install portable breathing apparatus, a fire extinguisher and the handrails which help the astronauts move around inside ATV. A flexible hose will also be installed to provide additional ventilation. Once all of these items are in place, ATV is ready for full, regular operations

"Everyone here is really pleased with how operations have gone so far, both in space and on the ground. It's a great moment to watch the astronauts going in to ATV - everyone here is happy. Now we will continue to monitor progress," said Alberto Novelli, ESAs head of operations at ATV Control Centre in Toulouse, France

Over the next weeks the crew will remove the 1150 kg of dry cargo delivered by Jules Verne – including fuel, clothes, equipment as well as two original manuscripts handwritten by Jules Verne and a XIXth century illustrated edition of his novel ‘From the Earth to the Moon’. In addition the crew will pump 856 kg of propellant, 270 kg of drinking water and 21 kg of oxygen into Zvezda’s tanks.

ATV also brings a special gift – a playlist of music selected by Norwegian teenager Therese Miljeteig, the winner of ESA’s ATV competition to suggest 10 songs to inspire the astronauts.

Jules Verne will remain attached to as a 48 m3 pressurised and integral part of the complex until early August. When required, ATV will boost the Station’s orbit to overcome the effects of residual atmospheric drag. At the end of its mission, Jules Verne ATV will burn up in a controlled reentry into the Earth’s atmosphere, and in the process, it will eliminate 6.3 tonnes of waste material no longer needed on the Station and stored over 4 months in the ATV.