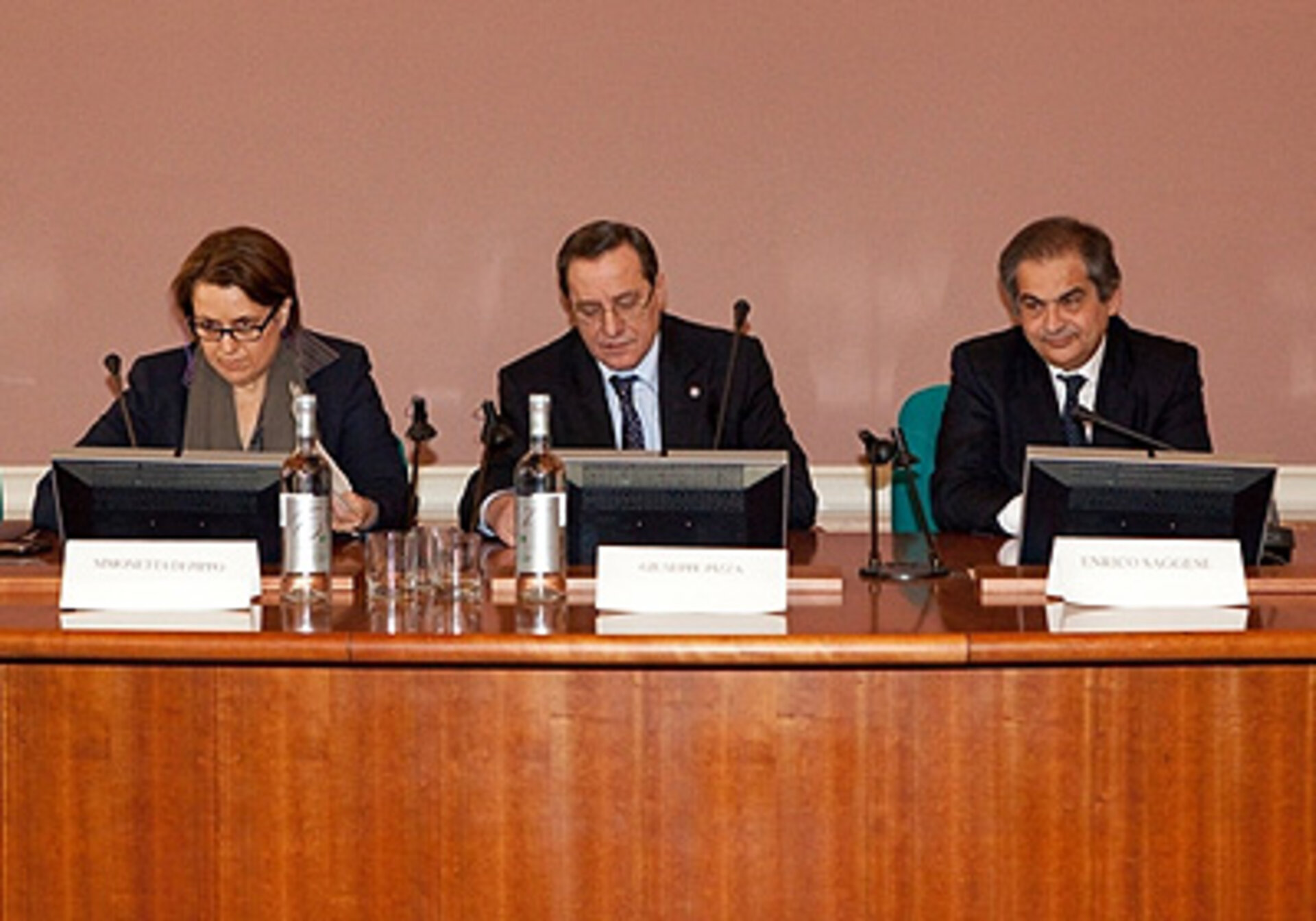 Production of the Automated Transfer Vehicles is gearing up. After the flawless flight of the first ATV, Jules Verne, the second, Johannes Kepler, is being completed for launch later this year. Now the third ATV has been named after the Italian physicist and space pioneer Edoardo Amaldi.

Europe's ATV space freighter proved its maturity in 2008, when Jules Verne completed a demonstration flight to the International Space Station (ISS), docked with 4.5 tonnes of food, water, fuel, supplies and equipment, served as a propulsion module for six months and finally undocked and entered Earth’s atmosphere over the southern Pacific.

The ATV spacecraft are key to the Station's logistics and operations. They are an excellent demonstration of Europe’s capability in creating space infrastructure for human spaceflight and exploration. The first ATV was named after the visionary French science-fiction writer Jules Verne, and the second honoured German mathematician and astronomer Johannes Kepler.

"Italy is a key European country in our participation in the ISS partnership. By naming ATV-3 after Edoardo Amaldi, we celebrate a great Italian, but also a committed European who understood the importance of pooling resources and minds together to achieve important results," said Simonetta Di Pippo, ESA Director for Human Spaceflight on the occasion of a press conference held in the presence of Sottosegretario Giuseppe Pizza, Ministry of Education, University and Research and Enrico Saggese, President of Italy’s ASI space agency at the Italian Ministry in Rome.

"We are paying tribute to a visionary mind, to a great scientist but also to an idea of cooperation that is embodied in the ISS partnership. The ATV is the first recurring production of an exploration spacecraft and places Europe a step closer to our partners.

"I am glad that Italy is taking so much pride in their participation in the ISS, which is a recognition of their human and industrial capabilities."

"Amaldi was one of the few that in the post-war years prompted into action starting a process leading to the founding of ESRO, and in following of ESA. It is widely acknowledged that since the 1950s the inception of the visionary concept aiming to a unified European capability to explore outer space is largely due to a bunch of prominent European scientists, and Edoardo Amaldi was a leading name among them."

Edoardo Amaldi was a leading figure in Italian science in the 20th century, particularly in fundamental experimental physics. In Rome, in the 1930s, Amaldi was a member of a group of young scientists who, led by Enrico Fermi, made the famous discovery of slow neutrons which later made possible the nuclear reactor. He contributed to nuclear physics in the 1930s and 1940s and to cosmic rays and particle physics afterwards. He became a pioneer in the search for gravitational waves in the 1970s.

Approximately every 17 months, ATV carries 6.6 tonnes of cargo to the ISS 400 km above Earth.

Its new technologies can be adapted in the future for developing new spacecraft, such as the Advanced Reentry Vehicle. The pressurised part of the ATV would be replaced by a reentry capsule able to return cargo and valuable experiments to Earth.