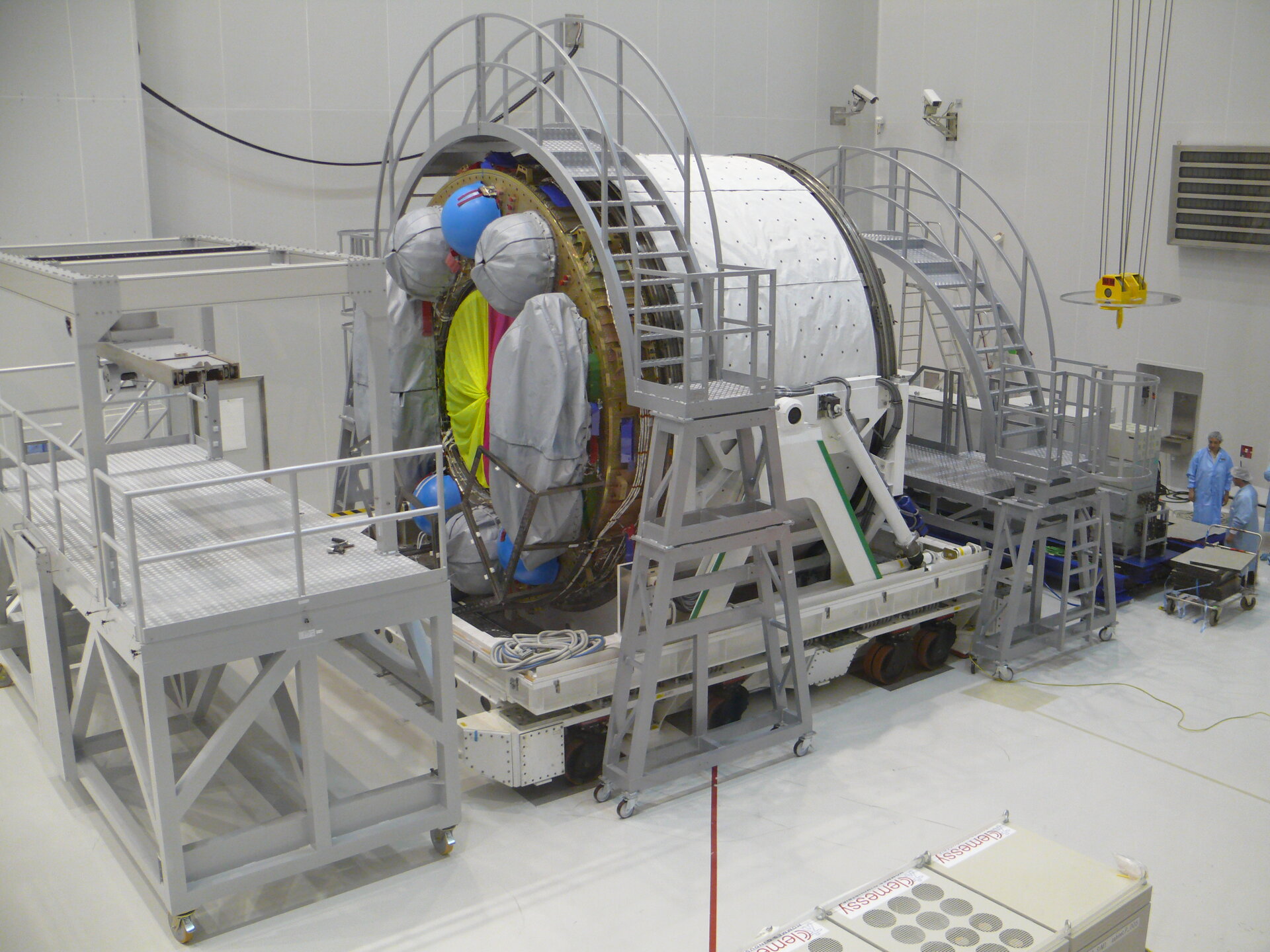 Step by step, ESA’s latest Automated Transfer Vehicle space ferry is being taken through all the tests to prepare for launch early next year from Europe’s Spaceport in Kourou, French Guiana. So far, all systems are 'go'.

The heaviest and most complex space vehicle ever developed in Europe is being prepared for its next supply mission to the International Space Station (ISS).

ATV-2, named after the German astronomer and mathematician Johannes Kepler, is undergoing its last checkouts. While two thirds of the ESA and NASA dry cargo is already loaded, the final flight software will be loaded into the onboard computer.

The teams at the ATV Control Centre in Toulouse, France, are verifying the data transmission and the commands to handle the mission in orbit.

By the end of the month, the service module, containing the propulsion and control systems, will be mated with the pressurised cargo carrier. With the solar wings folded against its body, this will give ATV-2 its final shape.

The launch date depends on the availability of the Ariane 5 launcher and on the other traffic to and from the ISS.

Once the date is decided, ATV’s propellants will begin loading some two months before liftoff. Final cargo items can be added shortly before launch while ATV is mounted on its Ariane 5.

"For the first time, we will use a cargo access device for last-minute items. This operation confirms its role as a critical resupply tool for the Space Station partners," explains Nico Dettmann, ESA’s ATV programme manager.

ATV-2 can carry more to the Space Station than Jules Verne, the first ATV, launched in 2008. Several upgrades permit Johannes Kepler to ferry a full propellant load of almost 5 tonnes to the Station.

Simonetta Di Pippo, ESA Director of Human Spaceflight, emphasises the common effort made by dozens of companies and thousands of people all over Europe to get everything ready.

"We count on a highly skilled workforce that represents a great asset to the European aerospace industry," says Mrs Di Pippo.

"ESA and industry teams have been working together deploying a great effort to ensure ATV-2 is ready in time. I am proud today to see that the objective is achieved.

"When the US Space Shuttle retires, ATV will be the largest vehicle supplying the ISS. The unique technologies developed for the ATV are something we can build on for the future."

The mission confirms Europe’s capabilities in space transportation. With its own control and propulsion systems, ATV can navigate and rendezvous autonomously.

At the Station, ATV will provide storage space and help in adjusting the orbit, performing regular orbit reboosts and avoiding space debris.

ATV was developed and is built under ESA contract by a European industrial consortium led by EADS Astrium.