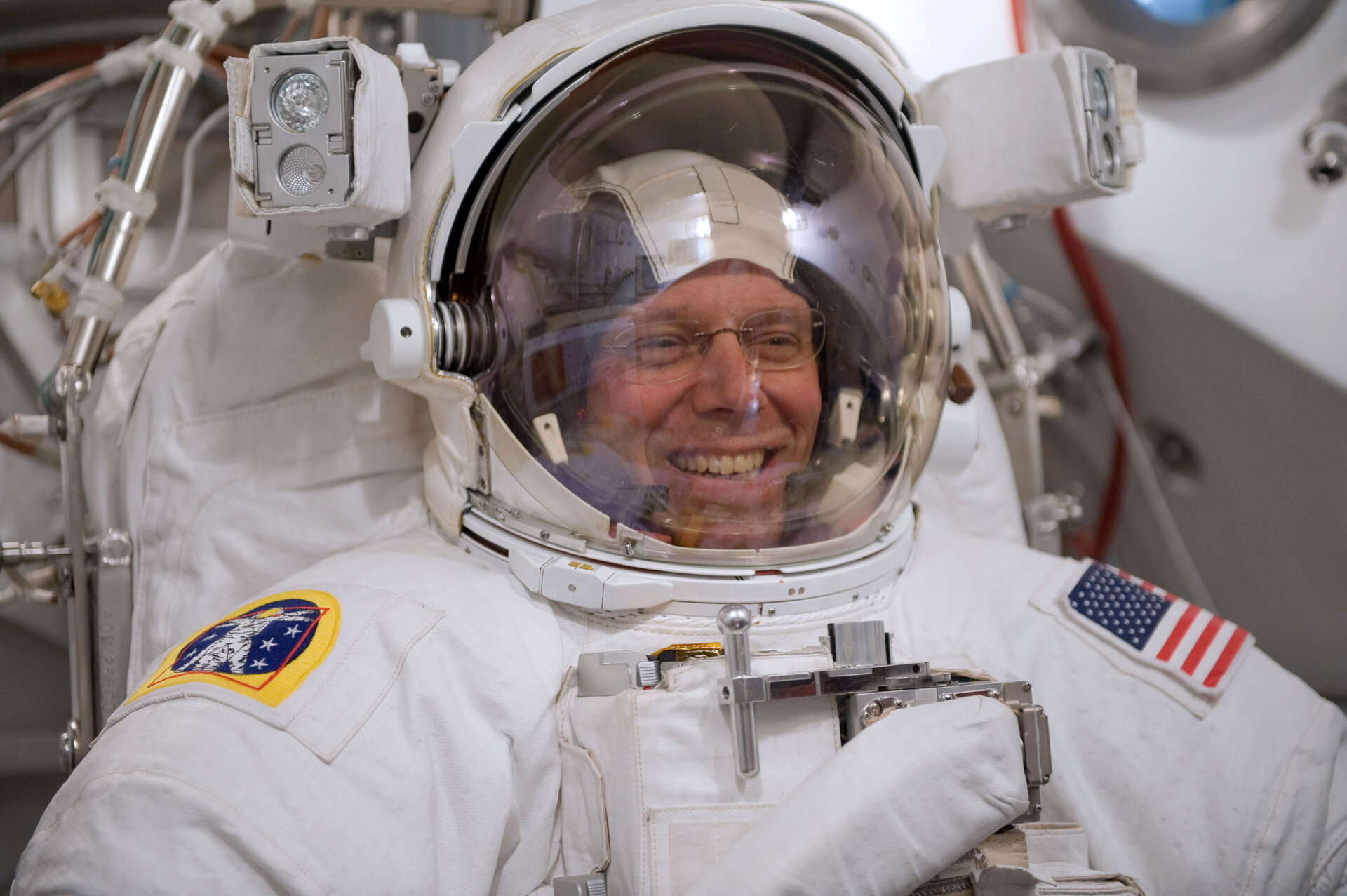 ESA astronaut Christer Fuglesang and NASA astronaut John Olivas will step out of the International Space Station later tonight to take part in a six and a half hour spacewalk.

The second spacewalk of the STS-128 mission is set to get underway around 23:19 CEST tonight when Fuglesang and Olivas exit the Station through the Quest Airlock. Their main task is the installation of a new ammonia tank on the Station's truss, or backbone. The ammonia is used as a cooling fluid for all electronics on the outside of the Station.

To perform this task, Fuglesang will be attached to a foot rest at the end of the Station's robotic arm. From inside the Station, NASA astronaut Kevin Ford will manoeuvre Fuglesang into position to grab hold of the new 800 kg ammonia tank in Space Shuttle Discovery's cargo bay. Ford will then command the arm to fly Fuglesang and the new tank into position on the port truss (see animation).

To complete their spacewalk tasks, Fuglesang and Olivas will also stow an old depleted ammonia tank in Discovery's cargo bay for return to Earth.

The second of three spacewalks scheduled for the STS-128 mission is set to end at 05:49 CEST on Friday morning when the astronauts return to the Airlock.

This will be Fuglesang's fourth spacewalk after he participated in three spacewalks on his first spaceflight with STS-116 in December 2006. His total spacewalk time to date is 18 hours 14 minutes.

Fuglesang and Olivas will also participate in the third STS-128 spacewalk that is due to start at 22:49 CEST on Saturday 5 September.

The spacewalk can be followed in full on NASA TV: http://www.nasa.gov/ntv.