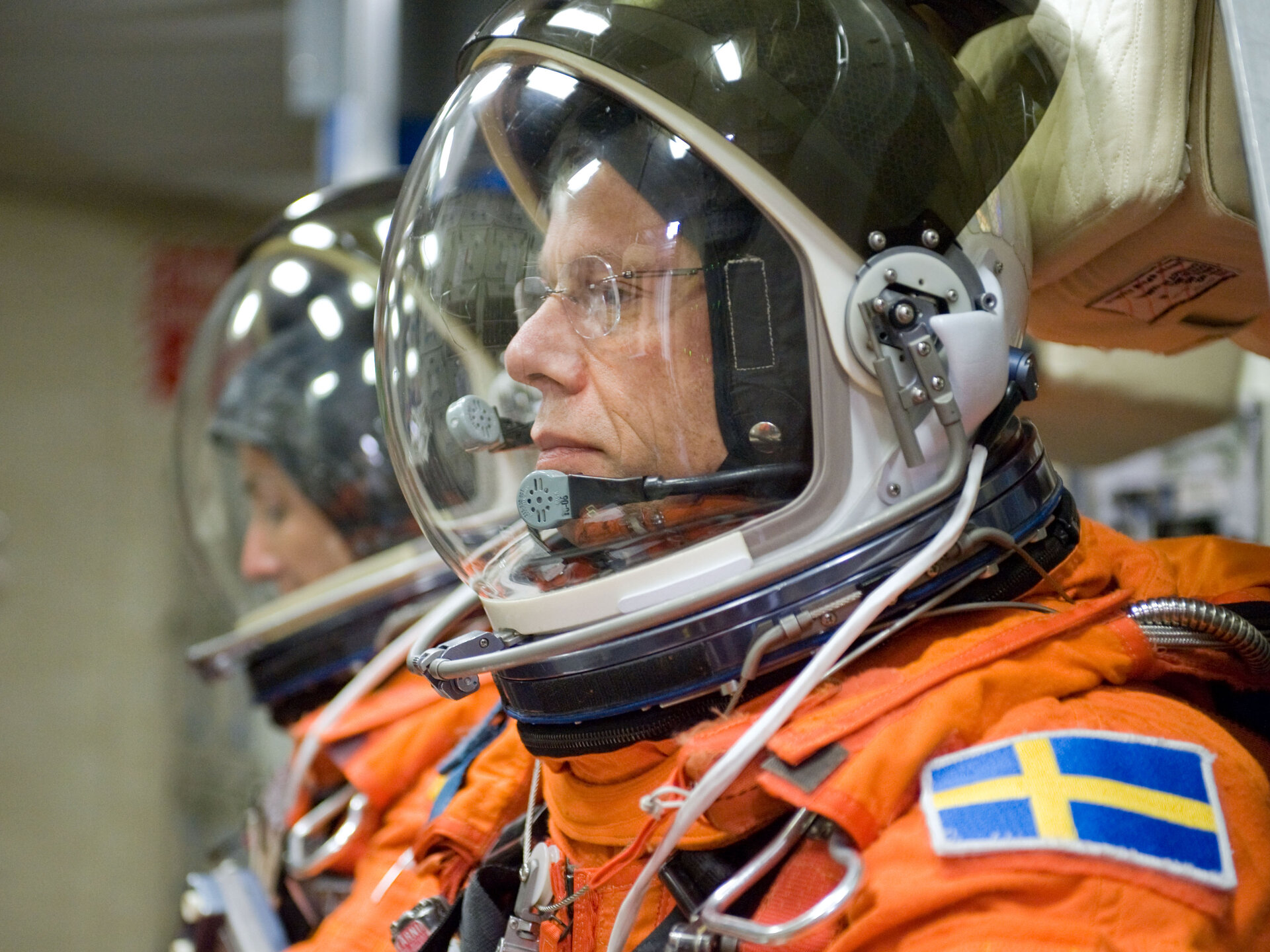 ESA has chosen ‘Alissé’ as the name of ESA astronaut Christer Fuglesang’s mission to the International Space Station. The name was proposed in response to a competition launched by ESA’s Directorate of Human Spaceflight in June.

Fuglesang will be a Mission Specialist on the STS-128 flight to the International Space Station (ISS), scheduled for launch with Space Shuttle Discovery at the end of August. This will be Fuglesang’s second flight following his 13-day Celsius mission to the ISS with STS-116 in December 2006.

Fuglesang will take part in the second and third spacewalks of the mission. His tasks include running vital cabling to prepare the ISS for the arrival of Node-3, a European-built ISS connecting module, and removal of an empty ammonia tank assembly. During the first spacewalk, ESA’s European Technology Exposure Facility (EuTEF) will be retrieved from outside the European Columbus laboratory following 18 months of scientific activities. EuTEF will return to Earth with Fuglesang on the STS-128 flight.

Fuglesang will also coordinate cargo transfer to and from the Multi-Purpose Logistics Module (MPLM), an Italian-developed cargo module that will be transported to the ISS in the Shuttle’s payload bay. The MPLM cargo includes the European-developed MELFI freezer unit, ESA’s Material Science Laboratory, for carrying out a variety of materials research, and additional scientific equipment and supplies for the ISS and its crew.

At the Station, the MPLM will be transferred by robotic arm from the Shuttle and attached to the ISS, giving the crew access for unloading. In addition to his tasks as a Mission Specialist, Fuglesang will conduct a number of scientific experiments and educational activities.

On his arrival at the Station, Fuglesang will meet up with ESA astronaut Frank De Winne, who is already part of the resident ISS Expedition 20 crew. At the time of Fuglesang’s arrival, the Station will be occupied by a six-strong crew that includes astronauts from four different space agencies: ESA, NASA, Roscosmos and the Canadian Space Agency.

Selected from around 190 suggestions, the winning name for Fuglesang’s mission was proposed by Jürgen Modlich from Baierbrunn, Germany. The name refers to the 15th century explorers who used the trade winds to follow Christopher Columbus across the oceans to the New World. One of the most famous trade winds is the alizé (or alize), a steady north-easterly wind that blows across central Africa to the shores of America.

By changing the letters ‘iz’ to ‘iss’, the target of today’s explorers is encompassed in the mission name: Alissé. In our new world, to reach Columbus (ESA’s laboratory on the ISS), we must follow the wind up to the skies and meet people from other continents on the International Space Station.

The logo for the Alissé mission features the wing of a bird enclosing images of the ISS and Shuttle, either side of two sets of horizontal lines. The horizontal lines symbolise different aspects of the mission. The two sets represent the two spacewalks to be undertaken by Christer Fuglesang during the mission. The bird’s wing adds to this symbolism of the spacewalks, as Fuglesang will seem to be flying around the ISS almost like a bird without the constraints of gravity.

The horizontal lines further evoke the wind through which the Shuttle flies in the logo to reach the ISS. The two sets of lines symbolise the Shuttle and ISS in their separate orbits as they close for docking. They also represent the two ESA astronauts on the Station during the mission.

The left-hand part of the ESA logo suggests the Moon as a future step for the Agency’s exploration goals, built on its current and past missions to the ISS. The mission name highlights the letters ‘ISS’ to suggest the mission’s target.