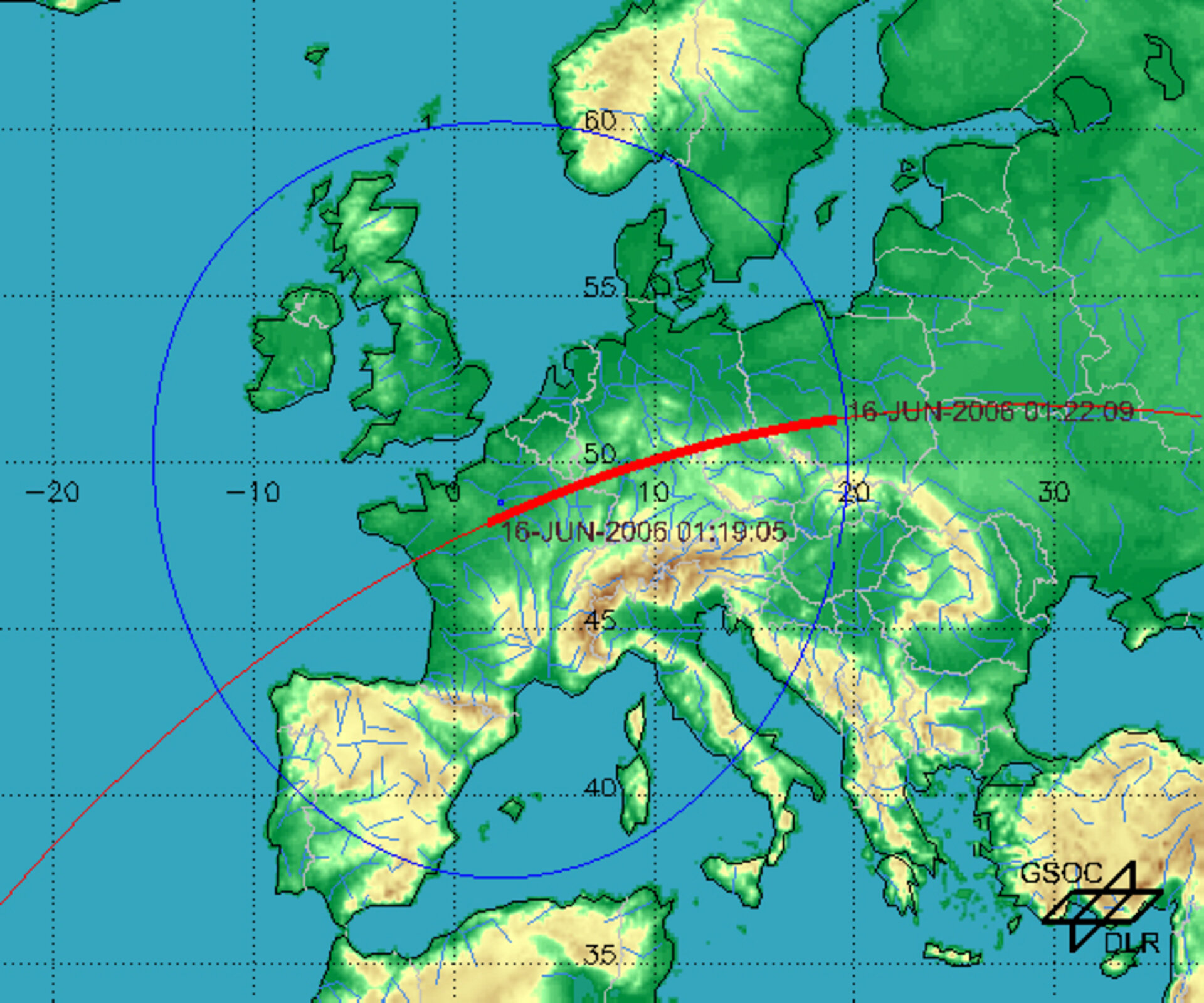 Conditions in Europe are set to be ideal for perfect views of the International Space Station (ISS) as it passes overhead up to four times a night this coming weekend.

Provided you know in which direction to look, spotting the ISS with the naked eye is not as difficult as it might seem. Although the ISS travels at a speed of 7.7 km per second, it is just 400 km above our heads – and thanks to its large solar panels it is one of the brightest objects in the night sky, making it fairly easy to spot from when it rises above the horizon in a westerly direction, until it sets towards the East.

The ISS passes over most points on Earth every day, but cannot always be seen. Normally the best time for ISS-gazing is just before dawn or just after sunset, when the observer is in the dark but the ISS is in the Sun. But for two short periods in June and December each year, the ISS doesn't pass through Earth's shadow at all, and its passes are visible all through the night if the sky is clear.

For most locations in Europe the period of frequent visibility is between 17-21 June – although in some places the ISS is already making a regular appearance throughout the night.

It is possible to take ISS viewing a step further – some enthusiasts take still photographs or make videos as the Station passes overhead. A team at the Public Observatory in Munich, Germany, use professional equipment to capture spectacularly detailed images, some of which even show the Station’s communication antennae.

If you want to photograph the ISS you don’t need such specialist equipment used by the team in Munich. Gerhard Holtkamp sent us his time-lapse image taken from a location in Western Australia, which shows the Station as a trail among the stars.

Do you plan to photograph the ISS as it passes through the night sky? Send your best images to contactesa@esa.int – you could see them published on the ESA website.

Viewing times where you are