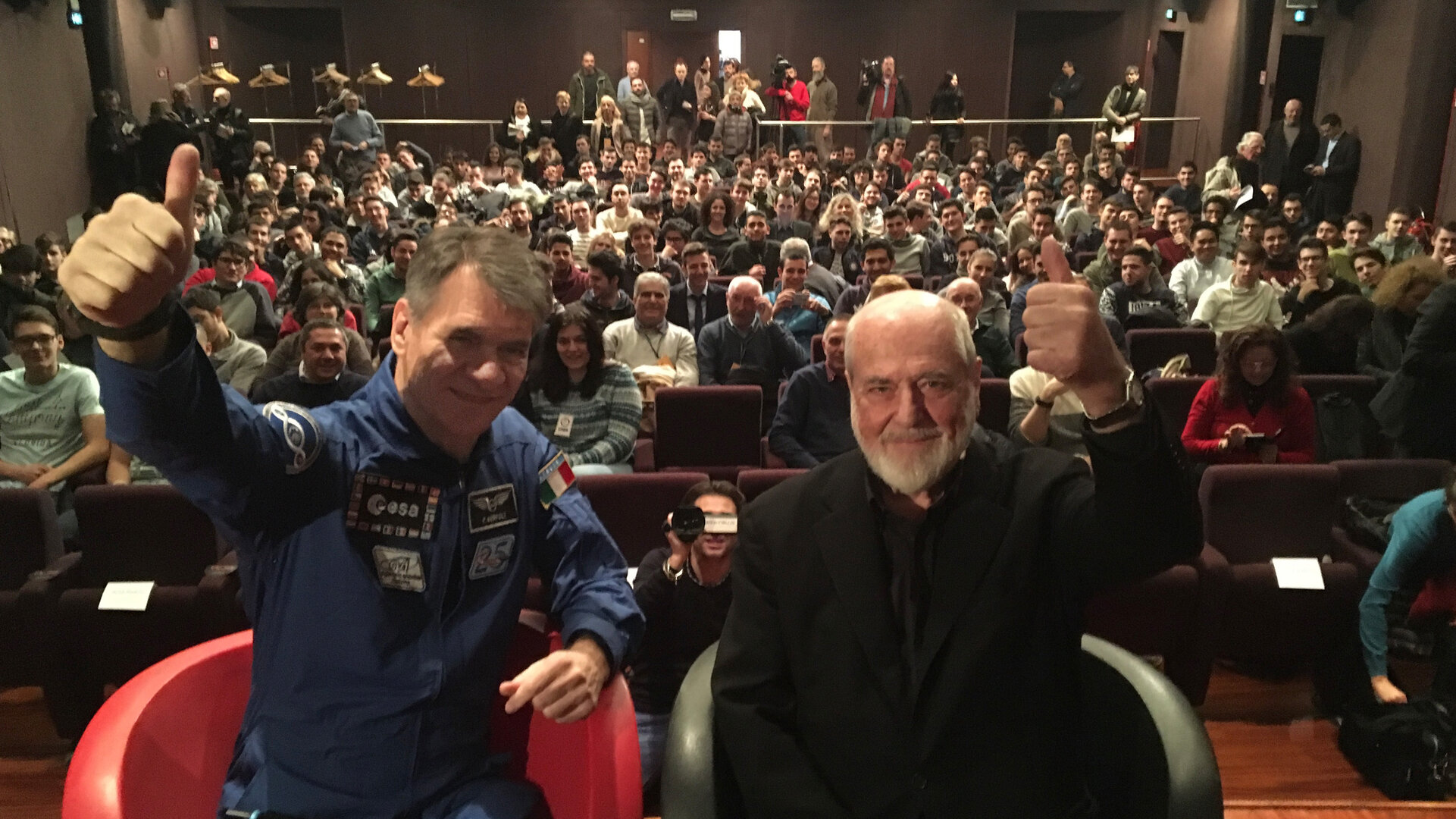 ESA’s involvement in the world of art is entering a new dimension, thanks to the cooperation with the Italian artist Michelangelo Pistoletto, with the idea of making space activities as inclusive as possible for more of the public on Earth.

Michelangelo Pistoletto is acknowledged as one of the founding fathers of the Italian Arte Povera contemporary art movement and is widely regarded as one of the most influential artists of his generation.

The Arte Povera movement grew throughout Italy between the end of the 1960s and the beginning of the 1970s. Literally meaning ‘poor art’, this vivid art movement is characterised by its use of found and unconventional materials.

Pistoletto’s work mainly deals with the subject of the unification of art and everyday life, and his ongoing ‘Third Paradise’ project, conceived in 2003, envisions a third ‘realm’ that merges natural and artificial worlds and a society living in harmony with nature.

Pistoletto began his cooperation with ESA for the development of the official mission patch of Paolo Nespoli’s VITA mission, which includes the artist’s symbol of his Third Paradise concept in the artwork designed by ESA for ASI, the Italian space agency.

A natural continuation of this cooperation is the brand-new ‘Spac3’ app, which will allow users to select and combine Paolo’s images from space with their own photos. Developed by ESA and ASI in close cooperation with RAM radioartemobile and Cittadellarte-Fondazione Pistoletto, the app will be launched at the same time as Paolo’s launch into space later this year.

As a user of this Spac3 app, you’ll be able to receive the photos taken by Paolo during his mission and then you’ll be invited to generate a new image based on six different themes inspired by the UN’s sustainable development goals.

These themes are: Life on land; Good health and wellbeing; Industry, innovation and infrastructure; Climate action; Life below water, and Sustainable cities and communities.

Focusing on one of those themes, you’ll create a unique and personal image that is an original combination of Paolo’s space image and your Earth-based one. Your combination will be shaped into the Third Paradise symbol and then published as part of a larger interactive artwork by Pistoletto.

The VITA mission, provided by ASI through a barter agreement with NASA, will be Paolo’s third spaceflight when he is launched later this year as flight engineer on Expeditions 52/53.

Paolo's first spaceflight was the two-week Esperia mission on the Space Shuttle STS-120 in 2007. He returned to the Station in 2010 for ESA’s 160-day MagISStra mission as part of Expeditions 26/27.