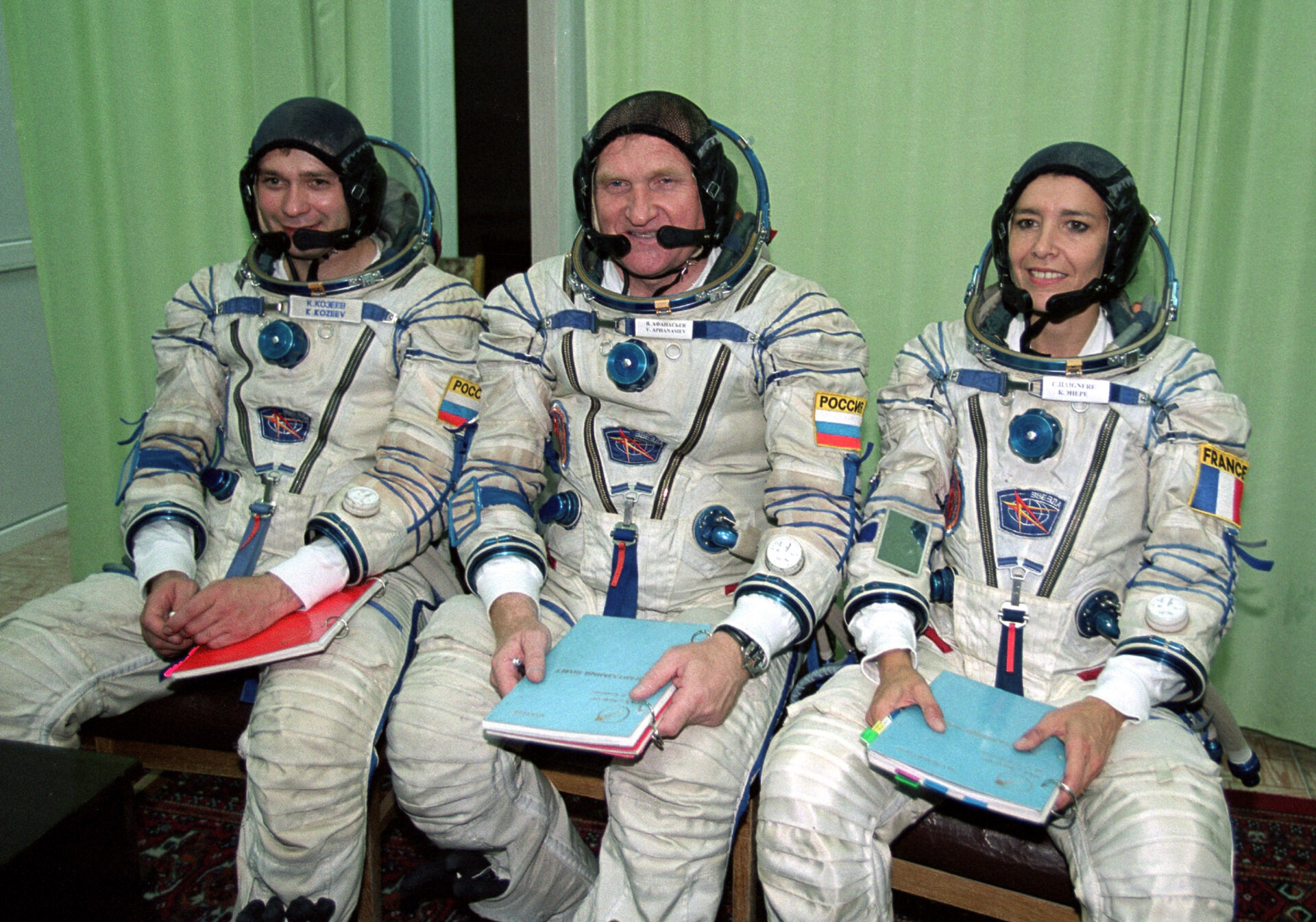 Well, it's done. The Soyuz Taxi 2 crew has passed all its flight qualification exams successfully. Now we are waiting for the official ceremony on 11 October at Star City. That's when the Joint Approval Commission - it's made up of representatives from Rosaviakosmos, RKK Energia, Star City and various medical organizations - will announce the results. But we know them already.

Our operational qualification involved many different tests. First, there was the manual approach of the spacecraft during the last five kilometres to the ISS. If there is a breakdown in the automatic Kours radar system, the flight engineer - that's me - moves into the upper orbital compartment, sets up the backup laser measuring system and points it at the ISS through one of the viewports. Then I read off speed and distance data to the commander, still in his pilot's seat, which allows him to make the approach to the station safely. It's a kind of very precise ballet between the engineer and the commander, which we spent many hours practising; everything went well.

Then there was manual docking. For that, the commander plays the principal role. He controls the spacecraft's attitude jets and thrusters, while the engineer keeps a lookout and pays attention to the timing. No problems there, either.

Then there was another exam - individual this time - for the commander and the flight engineer. Either of us might have to fly the Soyuz manually from atmospheric re-entry until the parachutes deploy, if the automatic systems fail or if the spacecraft's trajectory is outside the autopilot's limits. On board, there is a useful little box that gives emergency control of the Soyuz roll rate, which adjusts the return trajectory and helps us find the best compromise between acceleration forces and impact point error: the idea is to keep accelerations below 4g and to land within 10 km of our target.

Both commander and engineer are trained in these manual procedures in a static simulator, but we had to pass the exam in a centrifuge - though we ourselves controlled the acceleration. We both came through OK.

The last test - the hardest and the the longest, too - is the full mission simulation. That involves just about everything: we had to go through every step of the mission. Orbital insertion; the first flight checks; orbital correction manoeuvres; approach; docking; undocking; descent. It took about ten hours, in our spacesuits, watched over by a team of experts who took turns devising more and more complex breakdowns and problems to throw at us. We came out of the simulator haggard and exhausted. But we still had a full debriefing session ahead of us before those same experts, who made us explain and justify every action we had taken.

It was a tough one. But we came out of it well -- top marks, in fact. I am lucky that I have no problems with the Russian language: you can't afford to miss even half a word in these situations, where everything depends on cool heads, analysis, foresight and fast decisions.

A few days before the full mission simulation, the medical board had passed us fit for flight. After that - it would have been Tuesday, 2 October - we organized a little party with our instructors to celebrate. Then we left for a few days' well-deserved break with our families in a rest centre not far from Moscow. It was a delight to enjoy the golden colours of the Russian autumn, as well as the presence of our loved ones - and the chance to relax.

In a few hours, we will be leaving for Baikonur for the first checkout of our spacecraft. The crew is ready: now we will see whether the equipment is ready, too.