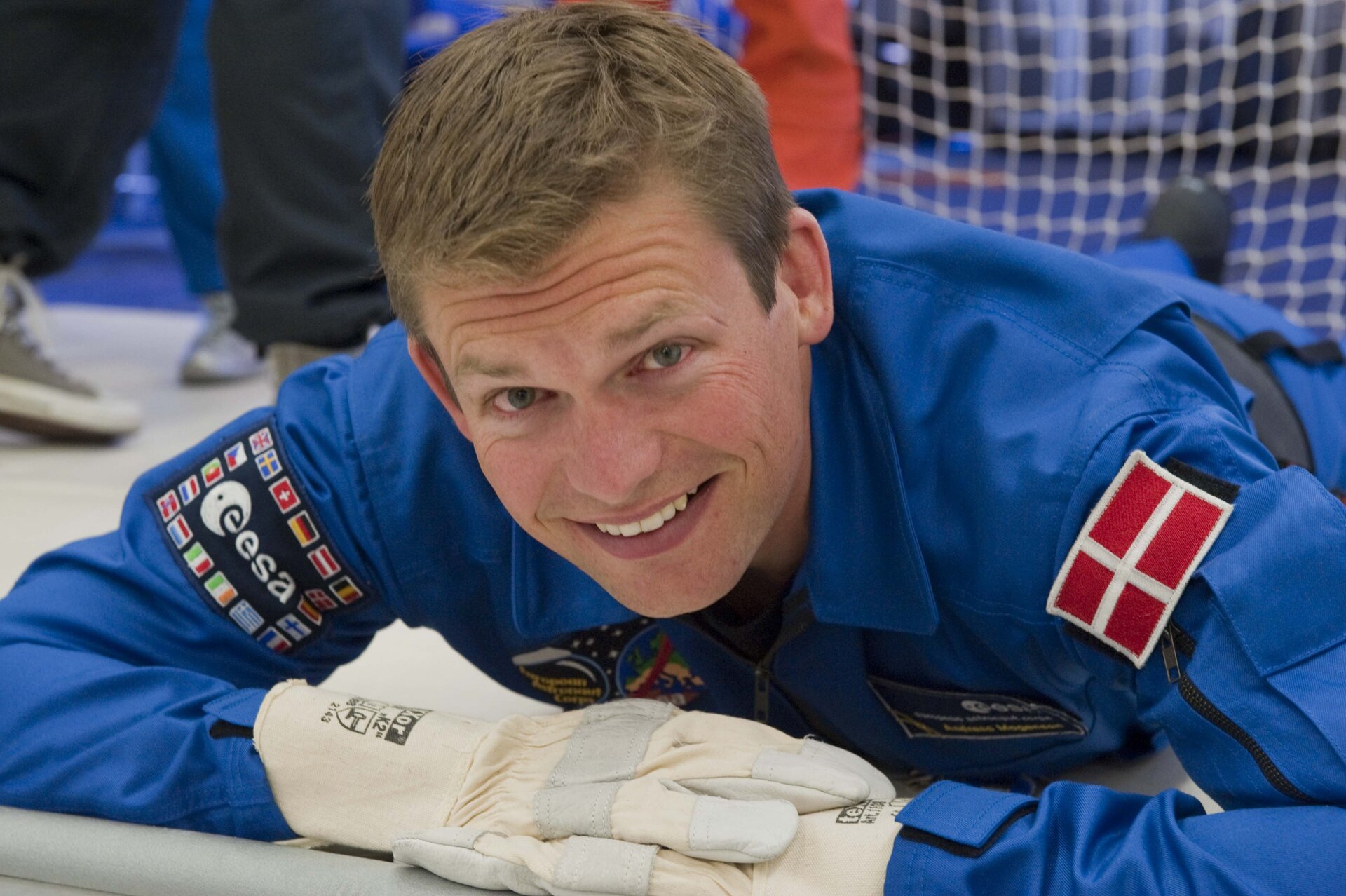 ESA astronaut Andreas Mogensen is seen here during an aircraft flight in 2010 when he enjoyed his first taste of weightlessness. Parabolic flights offer 20 seconds of zero-gravity at a time and are one of the few practical ways for humans to experience weightlessness without leaving Earth.

Andreas is set to take it to the next level when he is launched to the International Space Station in 2015.

In this picture Andreas is waiting for the weightless period to start on the parabolic flight to practise gripping objects and moving in zero-gravity.

Three years on and Andreas has continued his training all around the world, with the hard work paying off. His recently announced mission to the Space Station will last 10 days and Andreas has a packed schedule testing gravity-suits, augmented-reality headsets, wearable computers and health sensors, as well as new ways of astronaut communication.

The Station will be a full house, with eight other astronauts sharing the orbital outpost – three more than usual.

Over those 10 days Andreas and his crewmates will fly at a height of around 400 km at speeds of 28 800 km/h, travelling almost 7 million km in the process. Andreas will have to apply all the skills learnt during his weightlessness training.

From a few seconds of zero-gravity at a time as a new astronaut trainee to 10 days performing science and operations in a new environment, Andreas has come a long way and is set to go even further.

Andreas will follow classmate Luca Parmitano, now on the Station, and Samantha Cristoforetti and Alexander Gerst, who will be launched in 2014. Andreas will fly ahead of colleague Timothy Peake to the Station, whose six-month mission will start in December 2015 after Andreas returns.