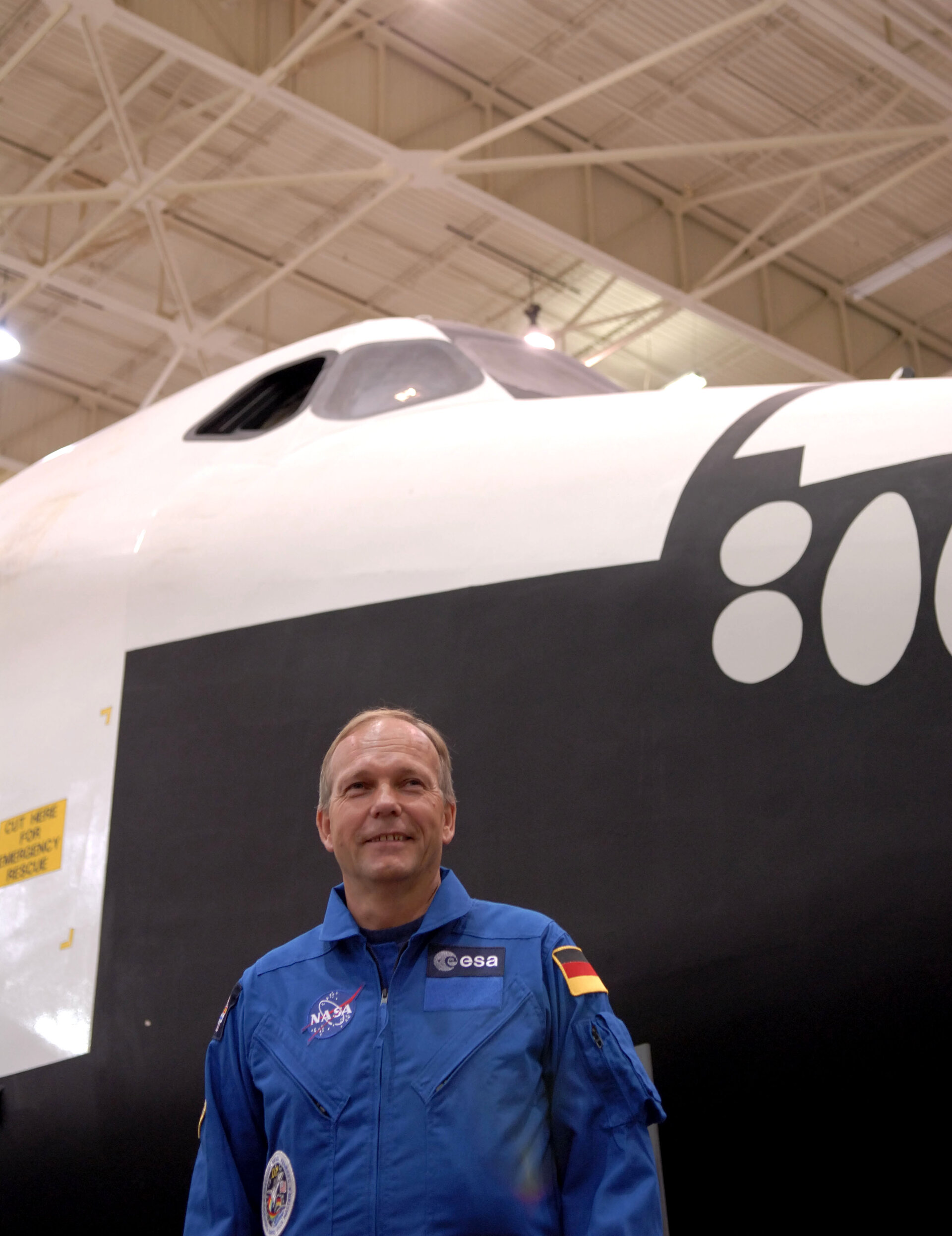 ESA PR 28-2006. ESA astronaut Hans Schlegel of Germany has been named today to fly on the Space Shuttle mission that will deliver the European Space Agency's Columbus laboratory to the International Space Station in September/October 2007.

Veteran NASA space flier Navy Cmdr. Stephen Frick will command the STS-122 Shuttle mission (orbiter Discovery), while Navy Cmdr. Alan Poindexter will serve as pilot. Mission Specialists include Air Force Col. Rex Walheim, Stanley Love and Leland Melvin. For Poindexter, Love and Melvin, this will be their first spaceflight. Schlegel, a member of the European Astronaut Corps since 1998, first flew on Shuttle mission STS-55 (Spacelab D-2) from 26 April to 6 May 1993.

On this new mission, Schlegel will be taking on a key role: he will be involved in the installation, fitting-out and initial commissioning of ESA’s Columbus laboratory. Columbus is the cornerstone of Europe’s contribution to the International Space Station and is the first European laboratory devoted to long-term research in space.

Columbus will be transported to the Station in the cargo bay of the Shuttle together with five internal rack facilities (Biolab, the Fluid Science Laboratory, the European Physiology Modules facility, the European Drawer Rack and the European Transport Carrier). The two external experiment facilities for Columbus (EuTEF and SOLAR) will also be travelling separately in the cargo bay and will be attached onto the outside of the laboratory module structure during Schlegel’s flight.

Following the launch of the mission from the Kennedy Space Center at Cape Canaveral in Florida, the Shuttle will take two days to rendezvous and dock with the ISS. Columbus will be lifted out of the Shuttle’s cargo bay by Canada’s Space Station robotic arm (Canadarm 2) and placed in position on the starboard side docking port of the European-developed Node 2 on flight day four. Once attached to the ISS, and following power-up of the module, the Columbus payload rack facilities will be moved from their launch configuration to their operational locations in the module.

Three spacewalks (extra-vehicular activities) are scheduled during this mission. The first will help to install and power-up Columbus. A second EVA will serve to install the external payloads. The payload rack facilities will also be checked out. The third EVA will serve to install a nitrogen tank assembly on the Station, a task not directly related to the Columbus part of the mission. Final commissioning of the laboratory and its initial scientific experiments will take place during the weeks following the end of the Shuttle mission and will be carried out by the resident ISS crew.

Once Columbus is attached to the Station, the Columbus Control Centre in Oberpfaffenhofen in Germany, on the premises of DLR's space operations centre, will be responsible for the control and operation of the European laboratory. The Centre will also coordinate European experiment operations.