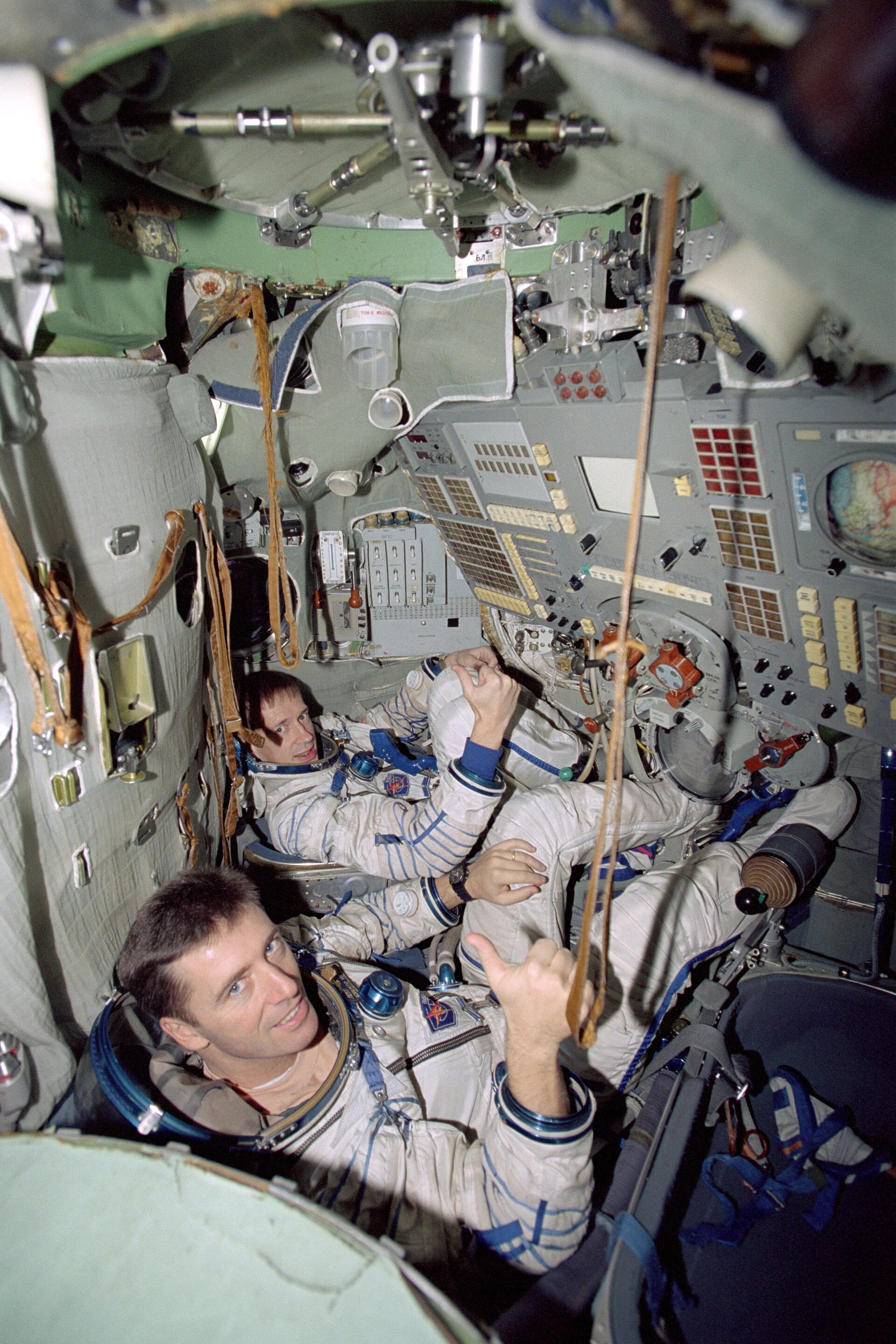 ESA PR 27-2002. A cosmopolitan crew representing the nations of Italy, Russia and South Africa will make history when they are launched into space next week from the Baikonur launch site in Kazakhstan.

Roberto Vittori, 37, a former Italian Air Force test pilot now a member of ESA's astronaut corps, will be the third European to visit the International Space Station. He is preparing for lift-off on Thursday 25 April in a Russian Soyuz spacecraft on a mission codenamed Marco Polo that will replace the emergency rescue vehicle for the resident crew.

"Marco Polo is another step in Europe's significant role in the Space Station's development," said Vittori, speaking from Star City in Moscow during the final days of training before launch. "Space is here to stay and will play a key role in our future. Part of my job is to inspire young people by showing them that space is very relevant to daily life."

Two days after reaching orbit Vittori, a Soyuz flight engineer, Gidzenko and Shuttleworth will approach and dock with the Space Station as the two craft travel at 27 000 km/h, some 400 km above the Earth.

Their three-person spacecraft will replace the Soyuz 'lifeboat' currently attached to the Space Station which, according to mission safety rules, has to be swapped after six months in orbit to ensure the rescue craft is always in top condition.

During his planned eight-day stay on board the Space Station with the resident crew - Expedition Four commander Yuri Onufrienko and flight engineers Dan Bursch and Carl Walz - Vittori will oversee four European experiments. These will look at the forces involved in moving around in microgravity and the effects on humans of cosmic particles during long missions, assess newly developed clothing, and test a non-intrusive blood pressure monitoring device.

"I have been training intensively for this mission since last August, and learning Russian in such a short time has been an added challenge," said Vittori. "Flying in space has many similarities with flying an aircraft but the possibility of encountering the unknown is all part of the thrill and excitement of space."

Marco Polo - following the successful Andromède mission last October with ESA's French astronaut Claudie Haigneré - is the latest in a series of European manned missions to the Space Station.

Belgian ESA astronaut Frank De Winne has already started training for a similar 'taxi' mission in October and Sweden's first astronaut Christer Fuglesang will be on the Space Shuttle for an assembly flight next spring.