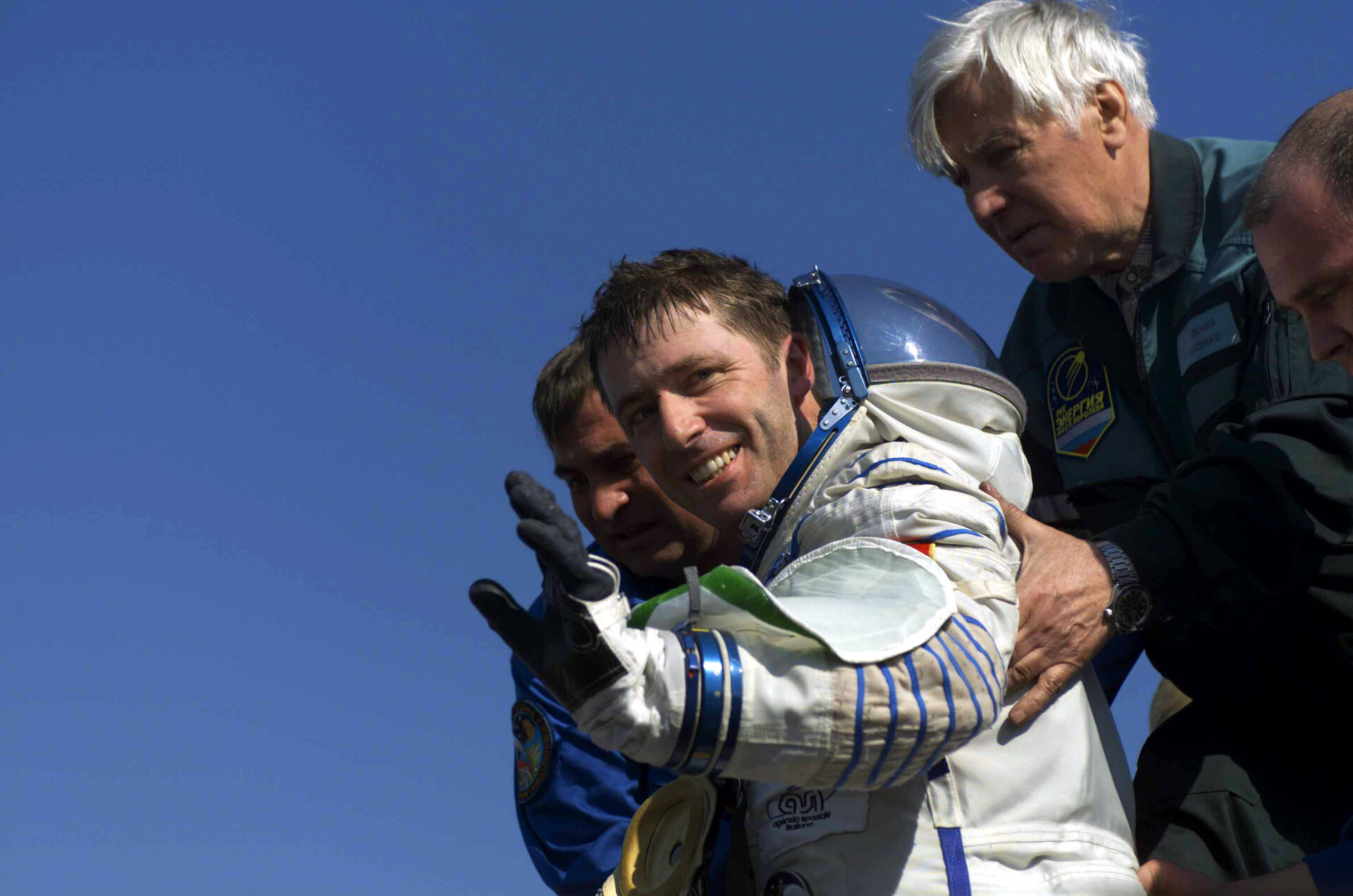 ESA PR 32-2002. A mission to the International Space Station returned to Earth today after successfully delivering a new 'lifeboat' to the Station for use by the resident crew in the event of an emergency on board.

The Marco Polo crew safely descended to Earth in a Soyuz capsule, ending a 10-day mission with a textbook landing on the plains Kazakhstan at 10h55 local (04:55 GMT).

Vittori, a former Italian Air Force test pilot, described his maiden voyage into space as "the most exciting and challenging experience of my life".

He is the third European astronaut to visit the Space Station in a year and, during his eight-day stay, worked alongside the resident crew - Expedition Four commander Yuri Onufrienko and flight engineers Dan Bursch and Carl Walz - overseeing four European scientific experiments.

These examined the forces involved in moving around in microgravity and the effects on humans of cosmic particles during long missions, assessed newly developed clothing, and tested a non-intrusive blood pressure monitoring device.

"Europe is playing a major part in the development of the Space Station, and in 2004 ESA's Columbus module will be added to the orbiting complex, giving Europe its own laboratory for technology, science and application experiments. These early missions are therefore vital in terms of gaining first-hand experience," said Vittori.

Marco Polo - following the equally successful Andromède mission last October with ESA's French astronaut Claudie Haigneré - is the latest in a series of European manned missions to the Space Station.

Belgian ESA astronaut Frank De Winne has already started training for a similar 'taxi' mission in October and Sweden's first astronaut Christer Fuglesang will be on the Space Shuttle for an important assembly flight next spring.