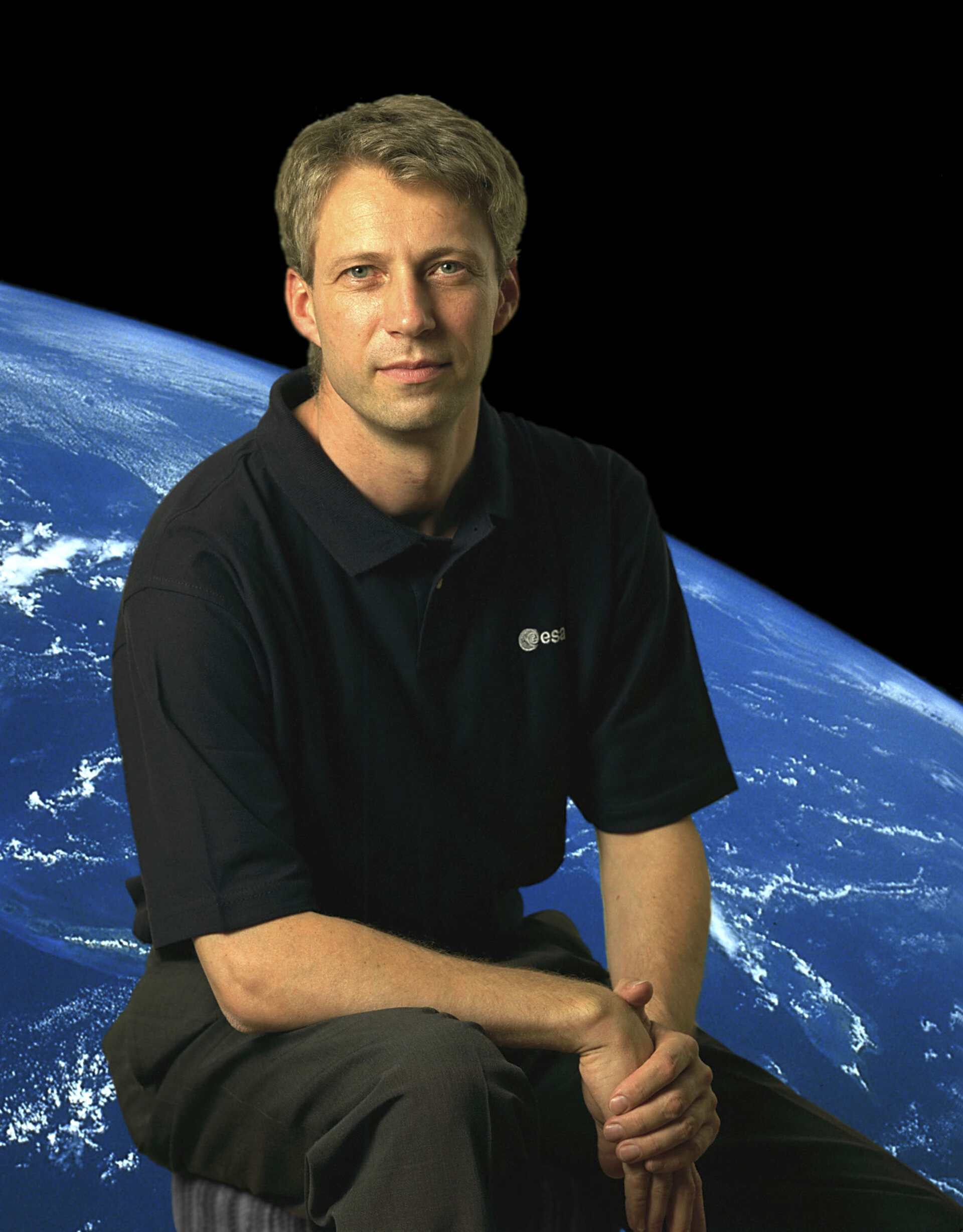 ESA PR 23-2005. This July, ESA astronaut Thomas Reiter from Germany is about to become the first European to live and work on the International Space Station (ISS) on a long-duration mission.

ESA Director of Human Spaceflight, Microgravity and Exploration, Daniel Sacotte, recently signed an agreement on the mission with the Head of the Russian Federal Space Agency (Roscosmos), Anatoli Perminov. "The agreement covers the ESA astronaut’s flight in a crew position originally planned for a Russian cosmonaut", explained Sacotte, "and he will perform all the tasks originally allocated to the second Russian cosmonaut on board the ISS and, in addition, an ESA experimental programme."

The agreement forms part of a set of bilateral understandings between Roscosmos and NASA and between ESA and NASA, enabling the implementation of the mission.

Reiter will reach the ISS on Space Shuttle flight STS-121 currently planned for next July, and return to Earth on flight STS-116 in February.

This will be Reiter's second long-duration mission on board a space station, following his six-month stay on the Russian Mir, ten years ago, during the ESA Euromir 1995 mission.

"With the maiden flight of the Automated Transfer Vehicle (ATV) and the launch of the European laboratory Columbus, both in 2006, ESA is making important contributions to the ISS and its scientific capabilities and, consequently, we are assuming significant operational responsibilities in this programme. I am confident that this mission will give Europe a lot of operational experience and scientific results which will further prepare us for the exciting and challenging times ahead," said Thomas Reiter.

"Moreover," Léopold Eyharts pointed out, "as the back-up astronaut for this mission, I am receiving the same training as Thomas Reiter, which will be an excellent preparation for my tasks as prime astronaut for a future ESA mission to the ISS in connection with Columbus."

Both astronauts are already in training for the mission in the various ISS training facilities at Houston, Moscow and Cologne, together with their Russian and American astronaut colleagues.

"For the first time, and as a test for later European long-duration missions to the ISS, mission preparation, training, operations and multilateral coordination will be carried out as far as possible through the multilateral decision-making and management structures established for ISS exploitation," underlined ESA's Mission Manager Aldo Petrivelli.

"This will be an excellent opportunity for testing coordination and cooperation between ground control and support centres like the Houston and Moscow Mission Control Centres, the Columbus Control Centre in Oberpfaffenhofen, near Munich (*), the European Astronaut Centre in Cologne and the various User Support and Operations Centres throughout Europe that will be involved in the mission. The operational teams from ESA, national space agencies, industry and research institutions in Europe will thus gain very useful operational experience, also for future Columbus system, subsystems and payload operations."

3. Depending on the actual flight dates of the Space Shuttle fleet, the actual time between Reiter’s outbound and return flights might vary between six and seven months.

4. Reiter’s mission marks the return to a permanent crew of three on the ISS. This will increase crew time available for scientific experiments. The ESA experimental programme for this long-duration mission differs from those of past and present European Soyuz flights, such as the Eneide mission by Roberto Vittori to the ISS. Whilst the latter contains a number of dedicated experiments tailored to a short duration, the long-duration mission is regarded as a real precursor of future ISS utilisation by Europe with a continuous experiment programme. The mission will provide ESA with very valuable experience in planning experimental programmes to be carried out in the European Columbus laboratory.

6. The presence of the European astronaut will also enable ESA to play a major role in the commissioning of three ESA-developed payloads: PFS (Pulmonary Function System), EMCS (European Microgravity Cultivation System) and MELFI (minus 80-degree Freezer), which are to be launched by NASA on the first return to flight of the US Space Shuttle (STS-114), currently scheduled for May, and aboard the Shuttle (STS-121) on which Thomas Reiter will himself travel into space. This will help to further the overall purpose of demonstrating how European astronauts are going to participate in future routine ISS operations and in particular highlight the importance of the European contributions to the scientific inventory on the Station. It will also safeguard smooth on-orbit commissioning and accelerate the operational status of these facilities to the benefit of ESA’s own experimental programme on the ISS, including some experiments already planned with these facilities for this long-duration mission.

(*) The Columbus Control Centre, developed for ESA under the prime contractorship of the German Aerospace Centre (DLR) in Oberpfaffenhofen near Munich, was inaugurated in October 2004 and is already supporting mission preparation and mission simulations from its control rooms.

For requests of interviews with the astronauts, please contact :