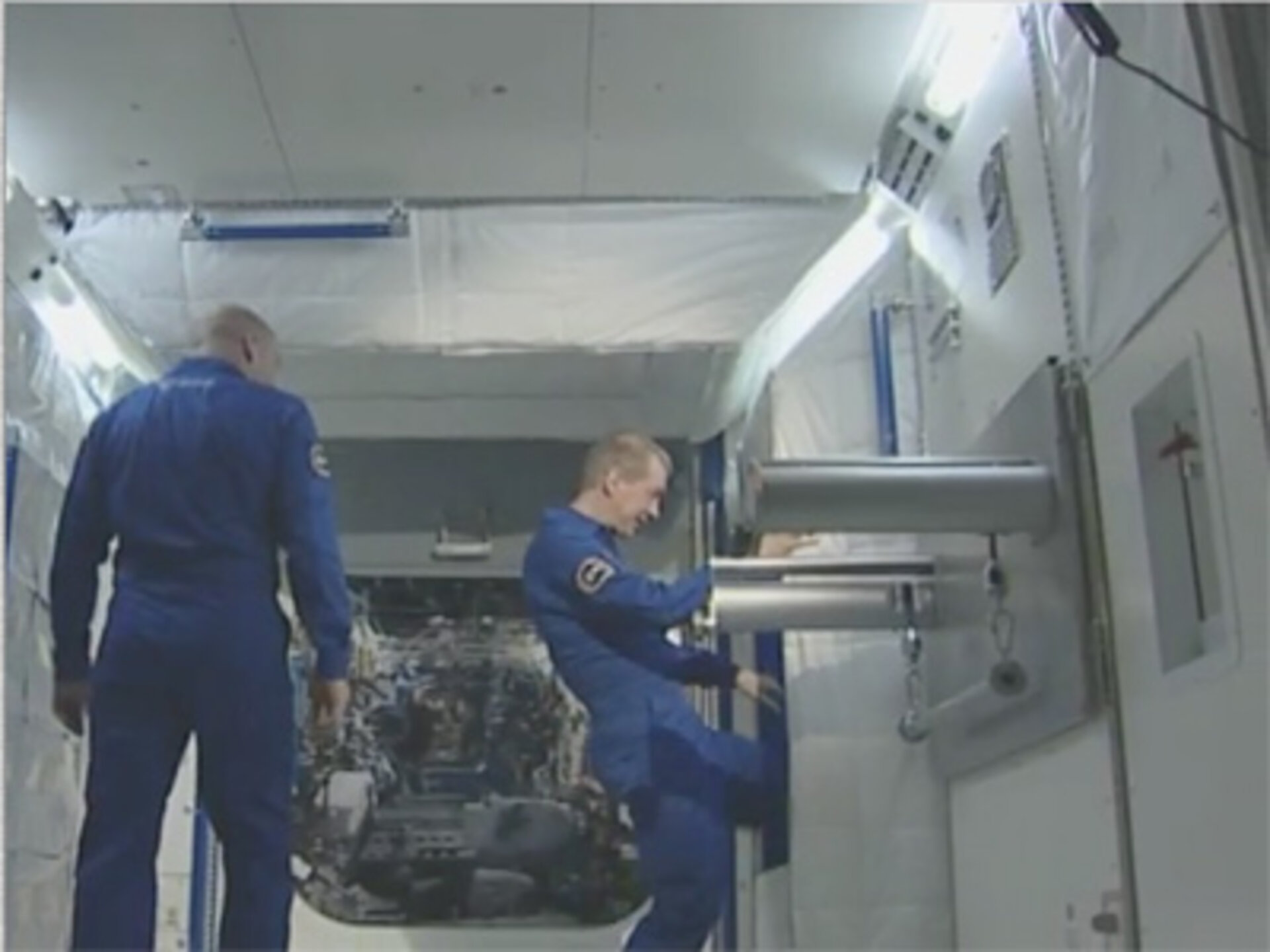 With the European Columbus laboratory successfully up and running on the International Space Station, Belgian ESA astronaut Frank De Winne will be the second European astronaut to spend six months on the ISS.

In May 2009, De Winne will fly together with Russian cosmonaut Roman Romanenko and Canadian Space Agency astronaut Robert Thirsk on a Russian Soyuz spacecraft to the ISS. His back-up for the trip will be Dutch ESA astronaut André Kuipers.

De Winne’s role on board the ISS will be to carry out experiments for an extensive scientific European programme. He will also be operating the Station’s robotic arm and the Japanese robotic arm after the docking of HTV, the cargo module from Japan.

In preparation for these activities De Winne has been going through an intensive and long period of training aimed at preparing him physically and practising the experiments he will have to carry out on board the ISS in microgravity.