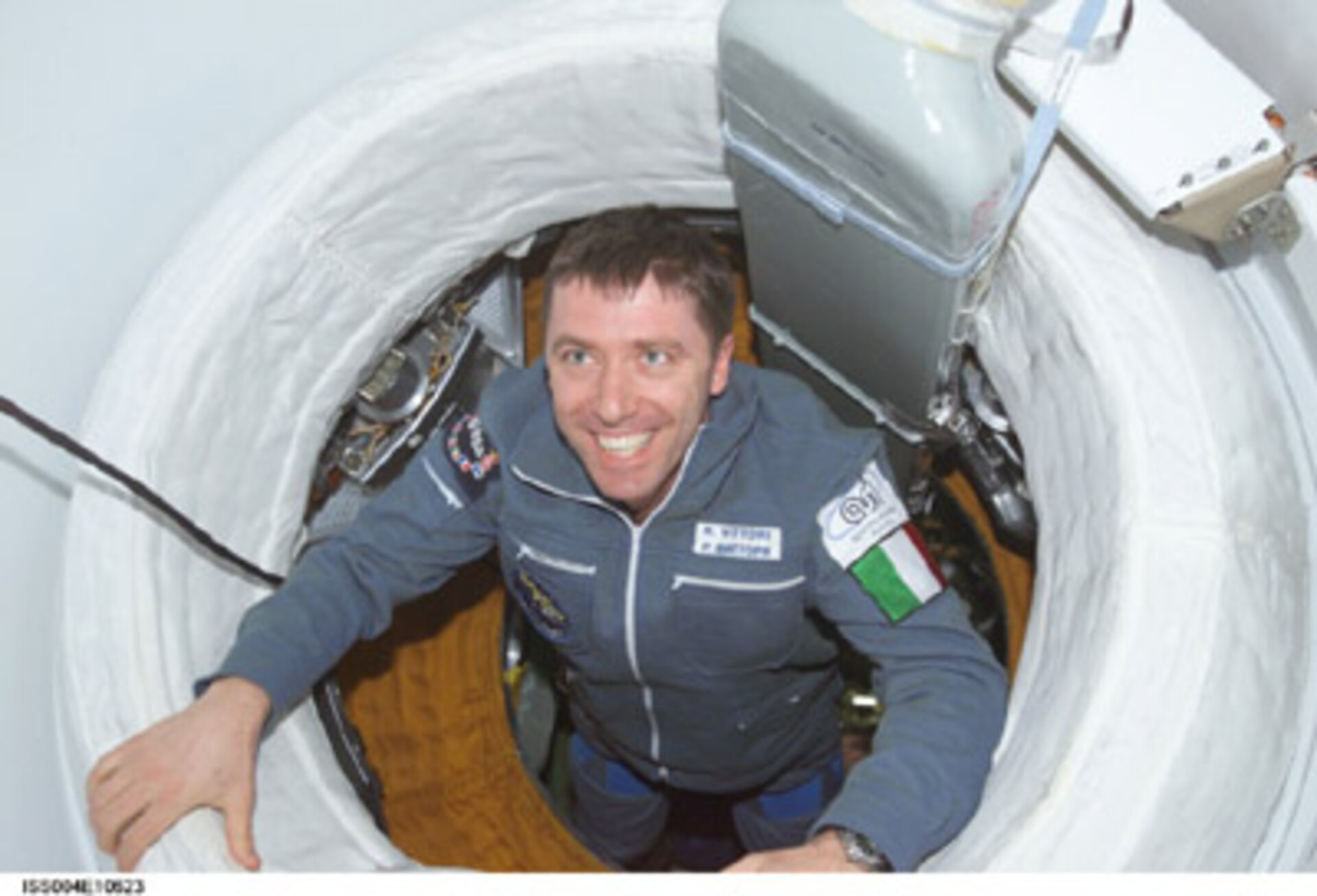 Docking of the Soyuz vehicle TM-34 with the International Space Station was completed successfully on 27 April without manual intervention at 09:55 CEST (07:55 GMT).

At 11:25 (09:25 GMT) hatch opening and ingress was followed by the meeting between the crew and Expedition 4 on board the International Space Station.

At 11:31 (09:31 GMT) it was the turn of Mr Feustel-Buechl, ESA Director of Human Spaceflight and Microgravity programme, to address the crew from the Mission Control room in Moscow, following a first address by the Italian Ambassador of Moscow, Mr Facco-Bonnetti to Roberto Vittori and his crewmates.

First and foremost, Mr Feustel addressed the Commander of the ISS, Yuri Onufrienko, and Flight Engineers Dan Bursch and Carl Walz of the resident Expedition 4 crew. He then asked the Commander of the Marco Polo mission, Yuri Gidzenko, whether all the sytems had performed well on board the Soyuz TM-34 and whether the crew had adapted well to the conditions on board throughout the flight.

When the turn came to Roberto Vittori, he congratulated him for being the first Italian to reach the ISS as a cosmonaut, with a Russian spacecraft, and commented on this momentous cooperation between ESA, ASI and the Russians. He also stressed the importance of 15 years of fruitful collaboration with the Russians. Roberto answered that although he had only spent a few minutes in the space station he already started to feel at home.

The Marco Polo mission has now truly commenced for Roberto Vittori and his colleagues. A lot of work including scientific experiments is currently being carried out on board the ISS.

Watch re-run of docking and ingress