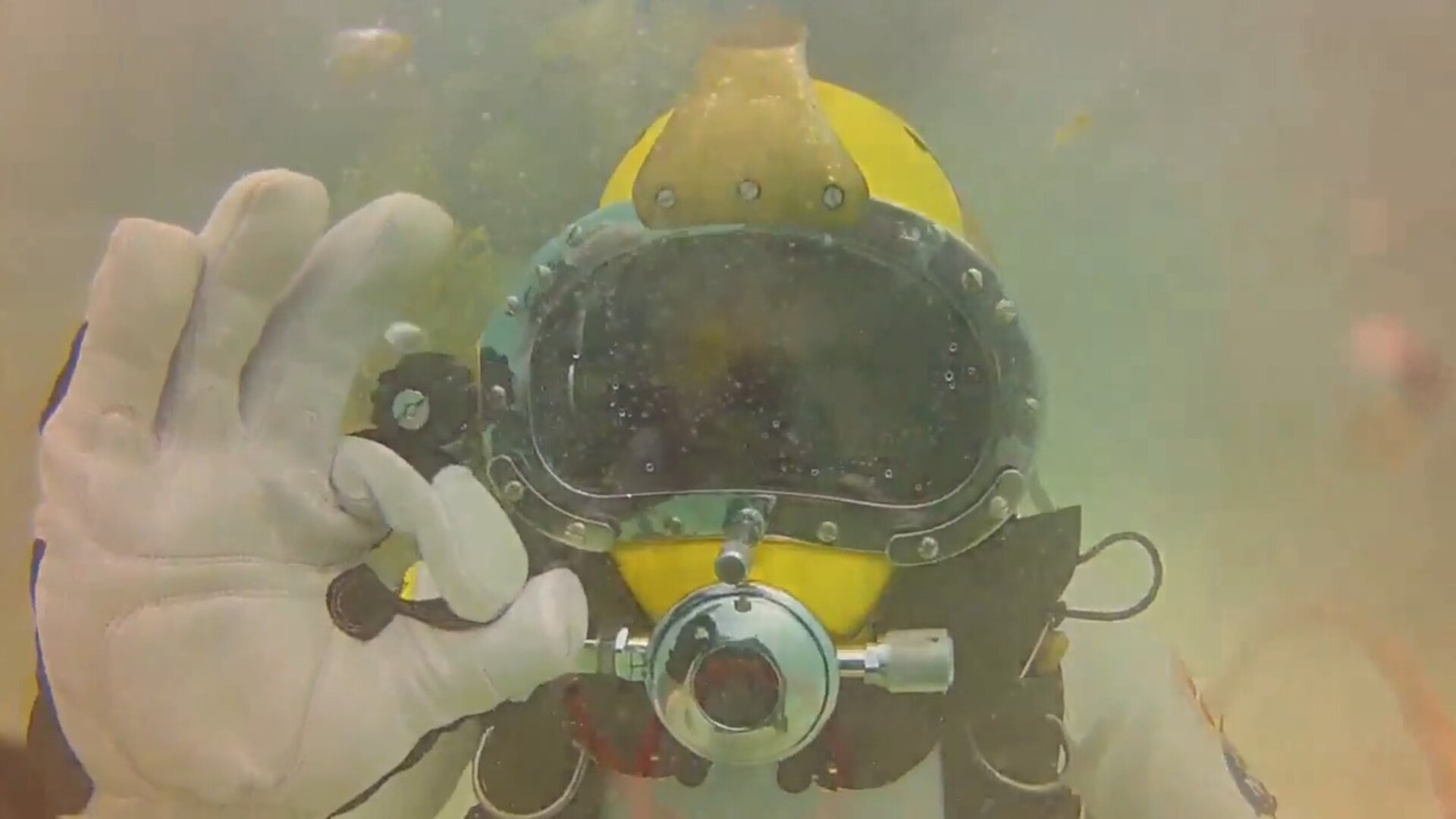 The mission was divided into testing crew procedures that might be used on the International Space Station and practising spacewalks underwater.

Each day, half of the crew ventured outside for a three-hour ‘waterwalk’ as the other two monitored it from inside. In the afternoon the roles were reversed.

During sorties, the astronauts practised moving across different terrains and deploying sensor arrays. At different points along their way they ran through ways of sampling the seabed. Techniques included a simple inverted bag, a modified ‘pooper-scooper’ and an advanced pneumatic drill that chips away at a rock while making sure that the pieces do not fly away.

On the third day the astronauts changed their weights to recreate lunar gravity. “The lunar spacewalks were the best,” says Andreas. “It is a fantastic feeling to bounce around on the surface.”

In the underwater ‘space station’ Andreas and colleagues tested hardware that can deliver just-in-time-training on heads-up displays. Andreas used the hardware to assemble and install a miniature exercise device.

Astronauts on space missions must exercise up to two hours a day to stay fit and counteract the negative effects of living in space on the body. Exercise machines on the International Space Station work well but are too large to be practical for smaller spacecraft.

The new ‘gymnasium-in-a-box’ was put through its paces during Seatest. The miniature exercise device is computer-controlled to vary resistance, offering a complete workout.

Meanwhile, above ground, Thomas took on the role of flight director and crew communicator. With a 20-minute delay imposed on all communications between the astronauts and mission control, it was almost like not having direct communication at all.

Thomas, who is a qualified Space Station crew communicator, recounts, “Our communication became more formal – there was less time for chatter. We had to anticipate possible questions and provide the answers before they were asked.”

Aside from testing future space equipment, Seatest offered important practical experience for the astronauts. “The more astronauts I get to work with, the more leadership styles I get used to. We got along really well working together as a multicultural team,” notes Andreas

For Thomas it was eye-opening to be part of the support team: “I have even more respect for the people behind the curtain now – they really care for the crew and do everything they can to support them.”