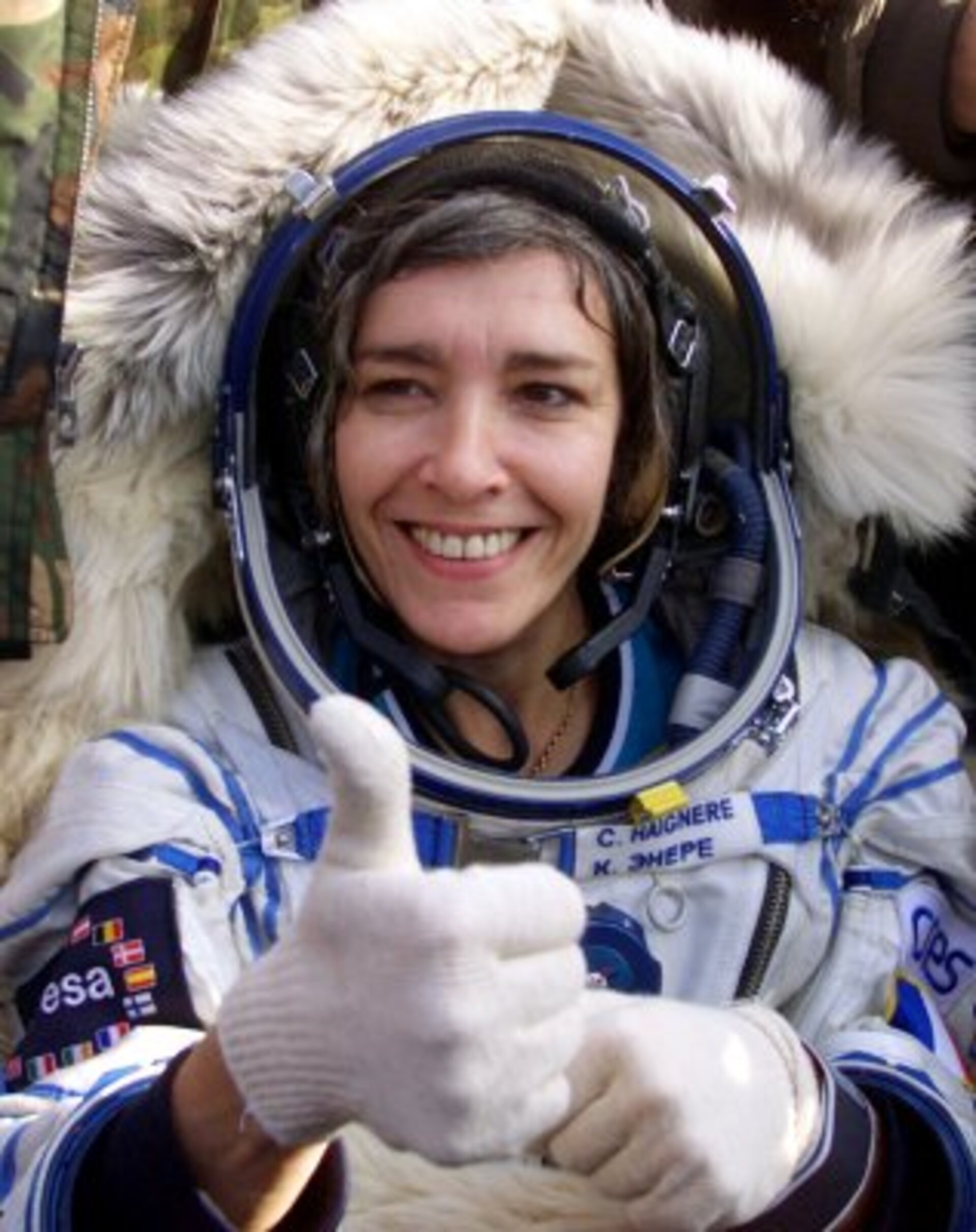 ESA PR 63-2001. ESA astronaut Claudie Haigneré and her two Russian colleagues were welcomed back to Earth today after successfully delivering a new 'lifeboat' to the International Space Station.

The Andromède crew safely descended to Earth in a Soyuz capsule, ending a 10 day Russian-French mission on a dewy autumn morning in Baikonur, Kazakhstan at 05:59 CET.

Together with fellow crew members Commander Victor Afanassiev and Flight Engineer Konstantin Kozeev, French born Claudie spent eight days on board the Space Station and described the mission as "a challenging and intensely fulfilling experience".

The Andromède crew's prime objective was to deliver the Station's new lifeboat and exchange it for an older Soyuz vehicle which had been attached to the Station for the past six months, for their lift back to Earth.

"The Space Station is a remarkable feat of engineering, and is taking shape day after day. We were able to set up experiments and carry out a series of medical tests," said Claudie. "Europe is playing a significant role in the development of the Space Station which will be a key for space-based science and technology development in the coming years".

Whilst on board the crew also performed a range of experiments in life sciences, biology, materials science and Earth observation - some designed and conceived by children and young people from European schools and colleges.

Claudie made history as the first European woman to visit the Space Station and also as the first non-Russian woman astronaut to fly in a Soyuz spacecraft as Flight Engineer.

The Andromède mission was initiated by the French Minister for Research and has been undertaken under an agreement between the French space agency (CNES) and its Russian counterpart Rosaviakosmos. Andromède is the prelude to a series of future manned missions to the Space Station for European astronauts using the Russian Soyuz spacecraft in the frame of an agreement signed by ESA and Rosaviakosmos in May 2001. The next scheduled flight is in the Spring of 2002, with ESA astronaut Roberto Vittori of Italian nationality.

See the photo report of the Andromède mission landing »»»