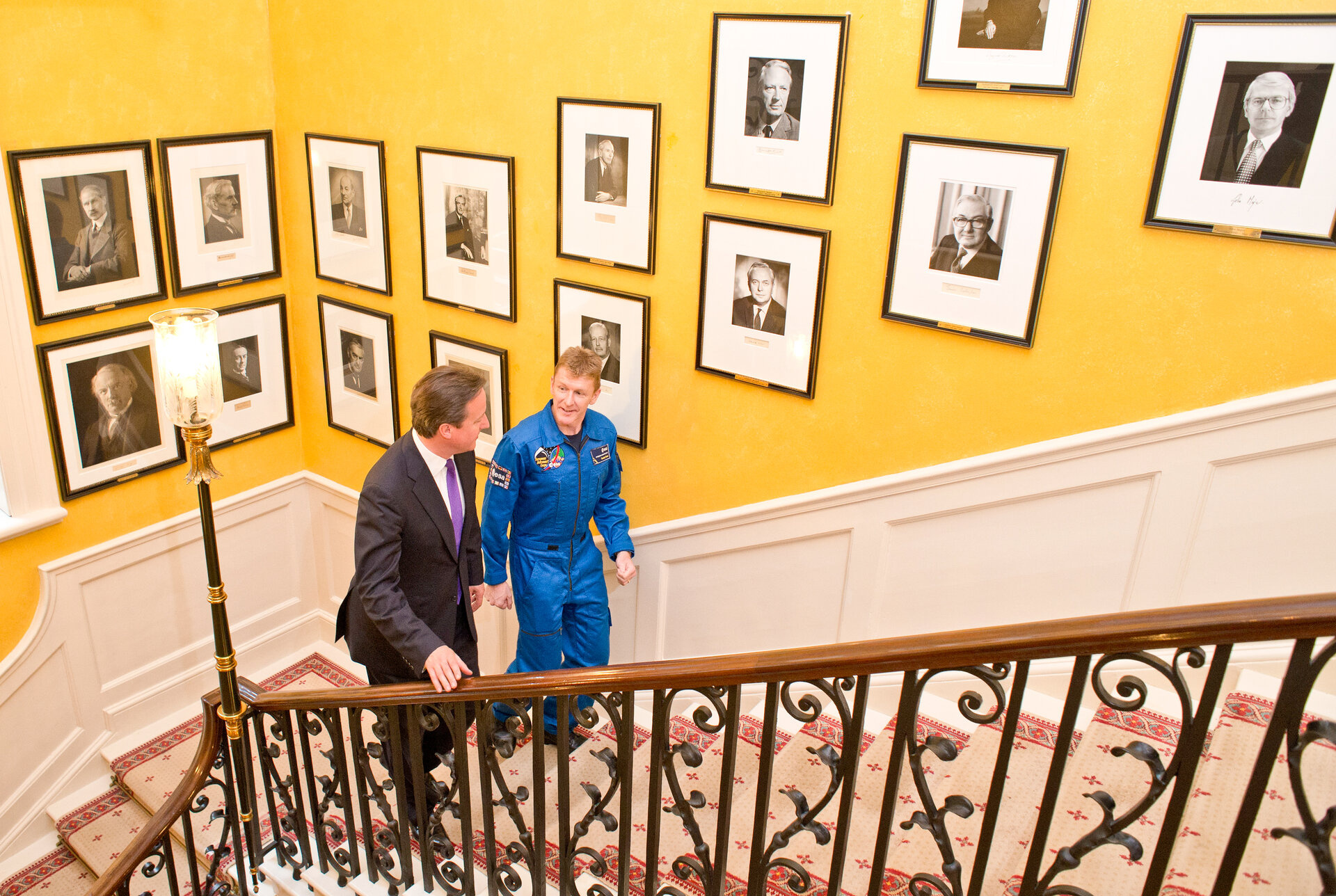 ESA astronaut Timothy Peake and UK Prime Minister David Cameron at the government leader’s official residence of 10 Downing Street, London, after it was announced yesterday that Tim will fly to the International Space Station in 2015.

Tim was a helicopter test pilot before joining the ESA astronaut corps in 2009. He is the third ESA astronaut from the new class of 2009 to be assigned a mission to the International Space Station.

His mission is the culmination of 18 years of flying experience with the British Army and as a civilian pilot. An intense training schedule awaits Tim as he flies around the world to learn Space Station procedures from the international partners that built and operate the orbital outpost: Canada, USA, Russia, Japan and Europe.

Prime Minister David Cameron wished Tim well: “I am sure he will do us proud and I hope that he will inspire the next generation to pursue exciting careers in science and engineering.”

Tim’s classmate Luca Parmitano is heading for the International Space Station next week on a Soyuz from Baikonur, Kazakhstan. Alexander Gerst and Samantha Cristoforetti will follow a year later in 2014. Andreas Mogensen and Thomas Pesquet will fly before the end of 2017.