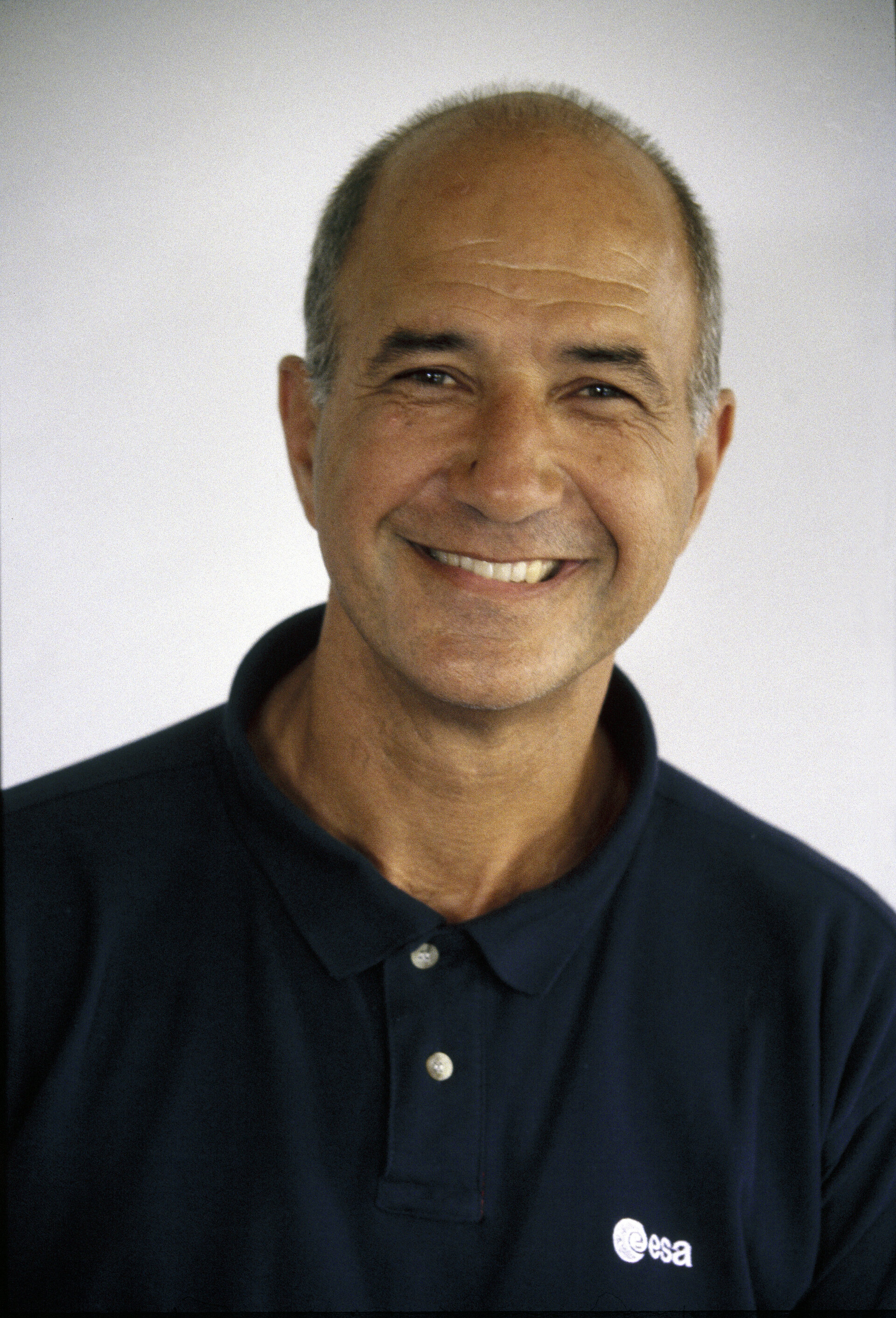 Received a degree in physics and mathematics from the University of Groningen in 1973. Completed a Ph.D. thesis on the basis of experimental work at the Nuclear Physics Accelerator Institute (K.V.I.) in Groningen in 1978.

From 1973 to 1978, Wubbo Ockels performed experimental investigations at the Nuclear Physics Accelerator Institute in Groningen. His work concerned the gamma-ray decay of nuclear systems directly after formation and the development of a data-handling system involving design of electronics and programming of real-time software. He also contributed to the design and construction of position-sensitive charged particle detectors. While at the K.V.I. Institute, Ockels supervised the practical work of first-year physics students at the University of Groningen.

In 1978, he was selected by the European Space Agency, as one of three European payload specialists (science astronauts) to train for the Spacelab missions, together with Ulf Merbold and Claude Nicollier. In May 1980, Ockels began the basic astronaut training for mission specialist at NASA’s Johnson Space Center, Houston, United States. He successfully completed the training in August 1981 and joined the Spacelab 1 crew for training as a back-up payload specialist for the first mission of ESA's Spacelab. During the mission (28 November – 8 December 1983) he served as ground-communicator and liaison-scientist for the crew on board STS-9/Spacelab 1.

From 1986, Wubbo Ockels was stationed at ESA's research and technology centre, ESTEC, in Noordwijk, the Netherlands, where he supported human spaceflight activities. He later became Head of ESA's Education and Outreach Office in Noordwijk. During this time he also held a part-time professorship in Aerospace at the Delft University of Technology.

From September 2003, in close coordination with ESA, he became full-time professor of Aerospace for Sustainable Engineering and Technology at the Delft University of Technology, the Netherlands, dealing with the exploitation of alternative sources of energy. Through the professorship Ockels is involved in innovative projects such as the Laddermill and the Nuna solar powered car, twice leading a team of students to victory in the bi-annual World Solar Challenge in Australia in 2001 and 2003.

Between 30 October and 6 November 1985, Wubbo Ockels flew as a payload specialist on flight STS-61A with Space Shuttle Challenger. STS-61A was the German D-1 Spacelab Mission, a joint German/ESA mission with three European astronauts on board - besides Wubbo Ockels, these were Ernst Messerschmid (then DLR/Germany) and Reinhard Furrer (DLR/Germany).

The D1 Mission was the first to carry a crew of eight, and was also the first in which payload activities were controlled from outside the United States, namely from the German Space Operations Centre (GSOC) in Oberpfaffenhofen. More than 75 scientific experiments were completed in the areas of physiological sciences, materials science, biology, and navigation.

At the conclusion of the Spacelab D-1 Mission Wubbo Ockels had travelled 110 Earth orbits, and logged over 168 hours in space.