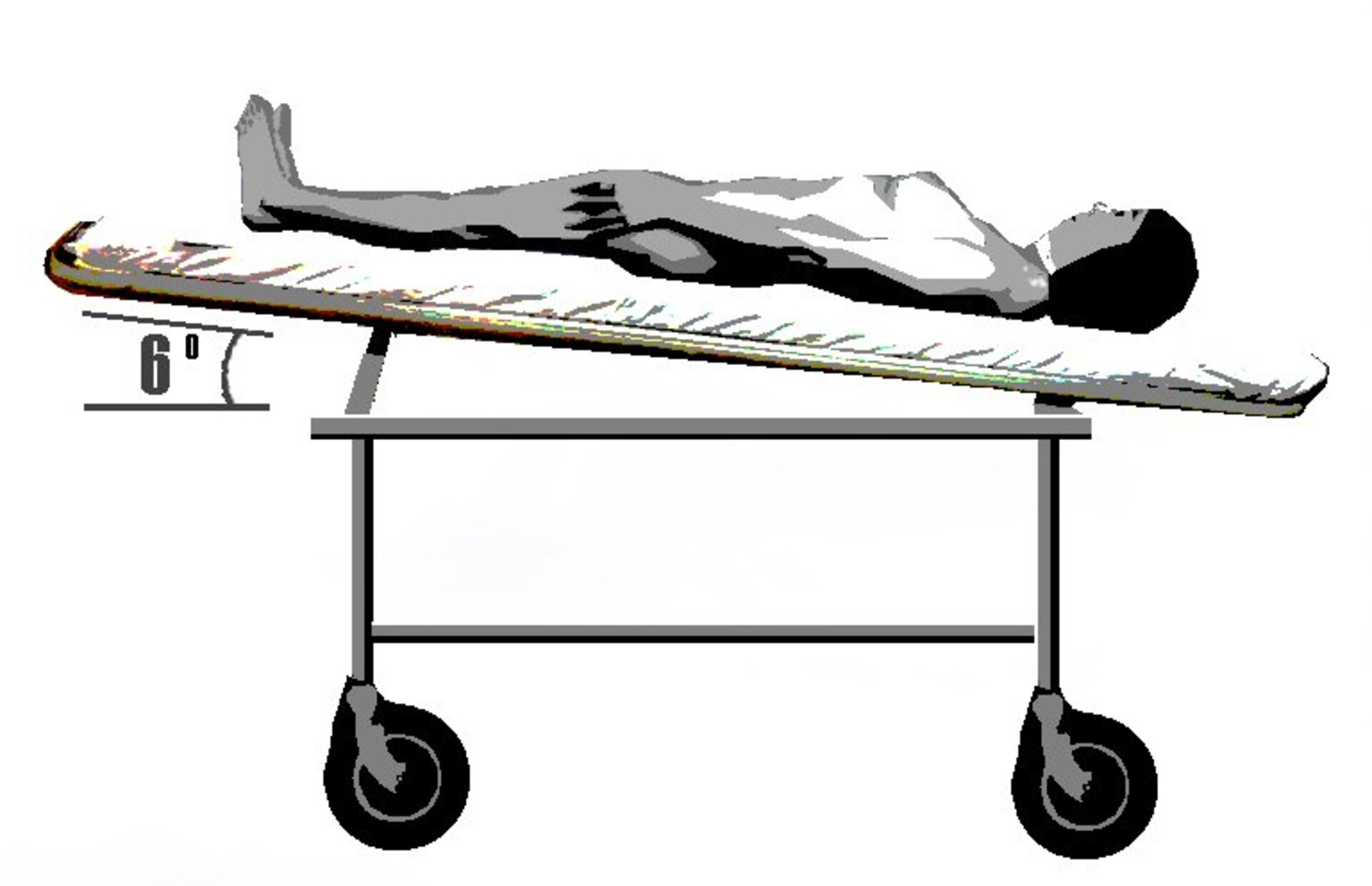 The first bedrest studies with healthy people were conducted as early as the 19th century. The focus was not on spaceflight but on improving rehabilitation of the sick.

When spaceflight became reality in the 1960s bedrest studies were used to simulate the effects of weightlessness on the human body. The results also apply to the rehabilitation of the sick. Bedrest is not the only way of submitting human bodies to effects similar to space travel.

Spending time in water is another way of experiencing weightlessness, as scuba divers would agree. Long-term studies on people staying under water have been conducted, but they are not very practical for the scientists and doctors who have to monitor the volunteers.

In the 1970s cosmonauts returning from spaceflight remarked to medical staff that they had trouble sleeping because they felt as if they were slipping out of the end of their bed. Only by raising the feet of their bed did they feel comfortable. The cosmonauts would lower their beds each night until they adapted to sleeping horizontally.

Russian researchers took note of this practice and wondered if lying with your head down on Earth was closer to what it felt like to be in space. So the head-down bedrest study was born.

After some experimentation the ideal angle was found to be 6° below horizontal. This angle offered a good compromise between participant comfort, practicality and physical response in the volunteers’ bodies. Americans and Russians experimented with bedrest studies throughout the 1970s.

ESA started conducting bedrest studies in 2001 to complement its programme of isolation studies that started in the 1990s. Short-term, intermediate and long-term studies have been conducted with periods of bedrest ranging from five days to three months.

The main areas of study have been exercise and nutrition. A 2003 study in Berlin, Germany, tested vibration as a form of exercise, while in 2005 in Toulouse, France, women-only volunteers were given nutritional supplements.

The results from these studies have spawned many peer-reviewed papers and increased our understanding of how exercise and nutrition could help keep people on Earth healthy and active.

In one study in 2010, volunteers were even subjected to artificial gravity created by a centrifuge. The volunteers could lie horizontally instead of on the more common 6° incline.