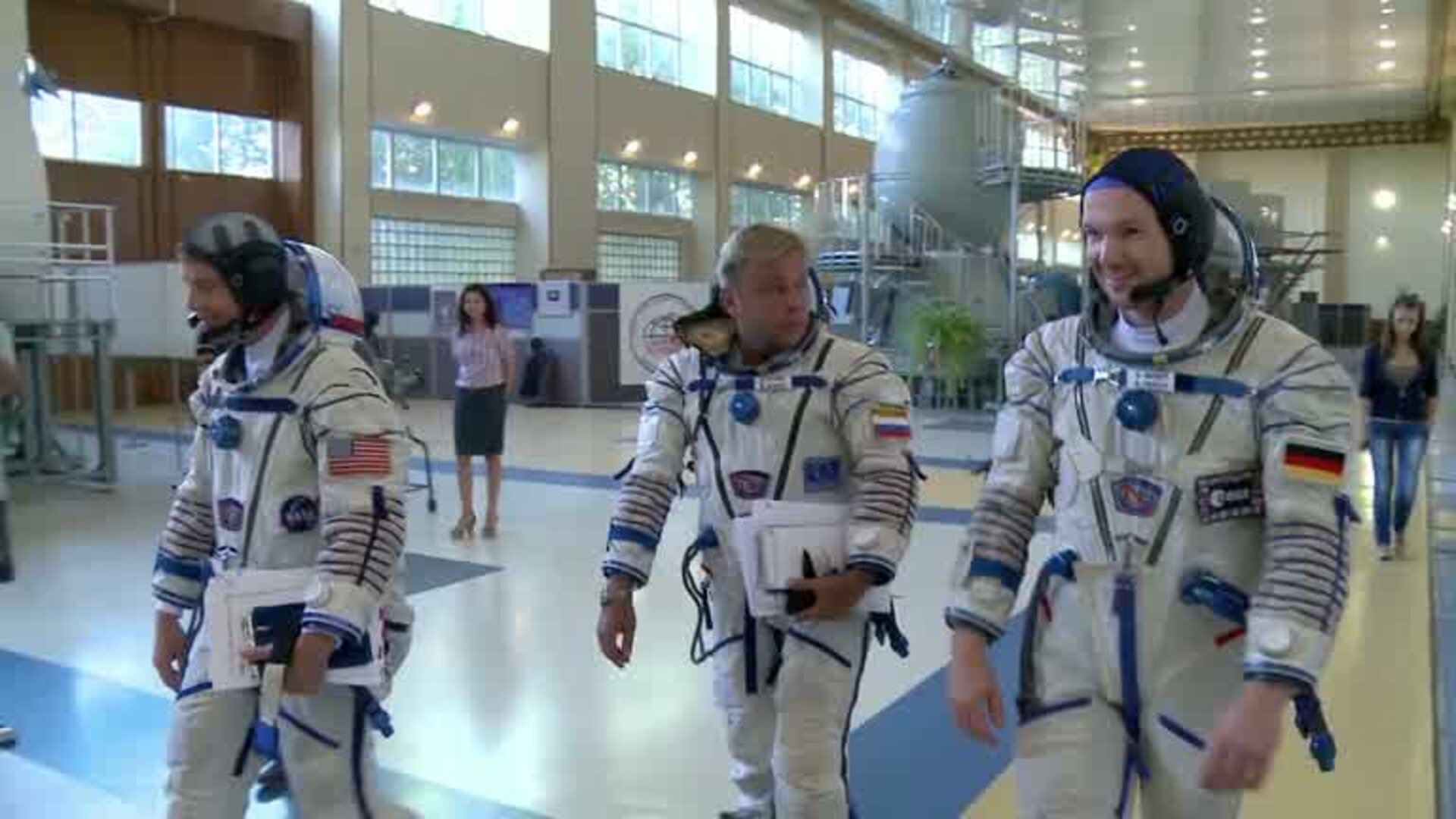 ESA astronaut Alexander Gerst has spent almost six months on the International Space Station running experiments and maintaining the weightless research outpost with his crewmates. After landing in Kazakhstan, he will become ESA’s first astronaut to return directly to Europe for rehabilitation.

Alexander will climb into the Soyuz spacecraft with Roscosmos cosmonaut Max Suraev and NASA astronaut Reid Wiseman on 10 November ready to leave their home in space. Their three-hour trip back to Earth will reduce their speed from 28 800 km/h to zero.

Their bumpy ride begins as they hit the atmosphere and they jettison parts of their spacecraft. Parachutes will deploy and retrorockets will fire an instant before touchdown to slow them down for a dramatic but safe landing.

Ground teams from Russia, ESA and NASA will hurry forward to help them out of the capsule.

Although their flight is over, their mission still has some way to go. An astronaut’s body adapts to living in space in many ways and learning to live with gravity again takes time.

Alexander’s flight surgeon, Ben Douglas, is responsible for making him comfortable: “The return to Earth is like the world’s most extreme rollercoaster ride, and the astronauts already have a long day behind them when they land. On top of that, they will be feeling gravity for the first time in six months.”

From Kazakhstan, the three astronauts will fly by helicopter to Kostenay, from where Max will continue to Star City near Moscow, Russia while Alexander and Reid board a NASA plane to Scotland. As the aircraft refuels, Alexander will say goodbye to Reid and transfer to a plane to Cologne in Germany.

Alexander will continue his rehabilitation in the care of an ESA team of doctors and physiotherapists at the German Aerospace Center’s state-of-the-art “:envihab” facility, next door to ESA’s European Astronaut Centre.

At the same time, scientists are eager to take measurements and blood samples in the first few days as Alexander’s body learns to live on Earth again.

“It is fascinating to see how the human body readapts,” explains Ben. “Astronauts lose mass in space from muscles that we use every day just to walk or climb stairs, and monitoring different body systems reveals improvements over hours, days and weeks.”

Each astronaut’s rehabilitation programme is individually tailored and starts in space. Alexander has already begun his third exercise phase, and will change his diet shortly before the trip home to help counteract blood pooling in his legs on the ground.

“This is the first time an ESA astronaut will come home directly to Europe from the landing site, showing the skills, knowledge and confidence we have in caring for our astronauts when they return from space,” concludes Ben.