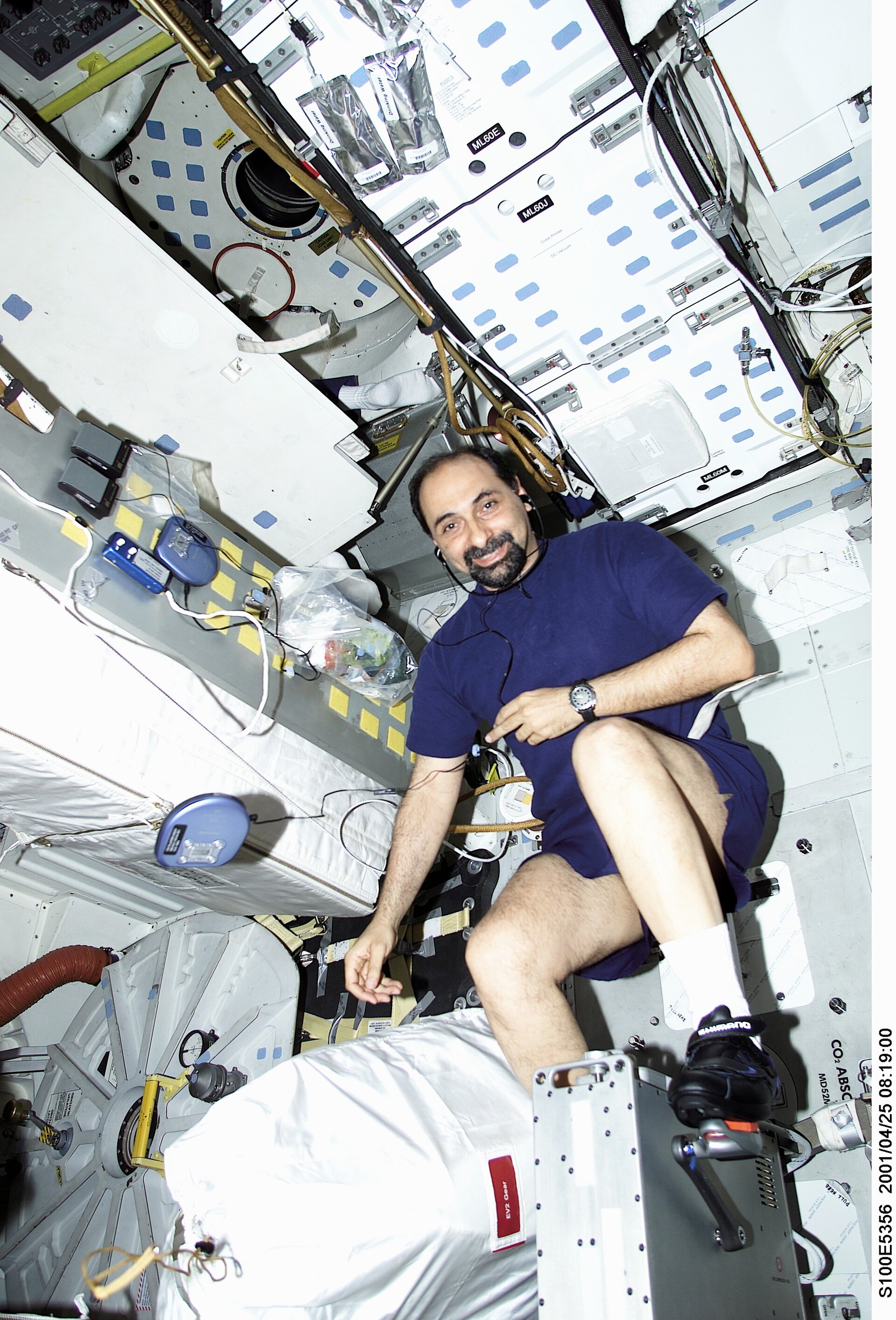 While normally considered to be a unique and exciting experience, free floating in space is potentially damaging for human health. Bone deterioration and muscle loss are common problems of a living in weightlessness for a long period of time, which constitute a serious threat to an astronaut's health.

This is a direct consequence of the lack of gravity: the stress of sustaining the body in the presence of gravity stimulates bone formation and increases bone density, whereas the absence of gravity and consequently no load on the skeleton leads to bone demineralisation and loss of strength.

In the same way, muscular atrophy occurs in space, because the body does not need to fight gravity to move, thus requiring less action and less energy from the muscles. Other negative consequences can be observed on the cardiovascular system. On Earth, the heart must work hard against the force of gravity to pump blood through the body. In space, the heart lessens its pace as a result of the decreased needs.

This process of physical deconditioning actually mimics the natural aging condition and can be described as artificially accelerated aging, with the difference that the effects of weightlessness are largely reversible, and astronauts gradually recover as soon as they are back on Earth.

In order to regain their strength quickly and effectively, astronauts need to keep fit and to counteract the adverse effects of microgravity with physical exercise, which is the only means currently known to maintain muscles and bones and to stimulate their recovery.

For this reason exercise and fitness are parts of every astronaut's life before, during and after spaceflight. In space the crew members need to exercise for a few hours a day. Special exercise programmes are prescribed and special equipment is needed, as weightlessness does not allow training with traditional instruments, which rely on the force of gravity. Astronauts can pedal on a bike without tyres, run on a treadmill and use elastic cords, pulleys and ropes to generate resistance and to exert force.

Such devices are in some ways similar to those commonly used in fitness centres, but in reality they are considerably smaller and lighter. However, as with many other tools and technologies which were originally created for space and which then resulted in useful applications on Earth, so also have fitness solutions originally developed for space proved to be extremely valuable for improving people's quality of life.

An example of this is the Swedish-designed Yo-Yo "Flywheel" resistance trainer, developed for astronauts on board the International Space Station to boost muscle performance. The system provides resistance during coupled concentric-eccentric muscle actions, through the inertia of a spinning flywheel assembly, the strap being wound and unwound around the axle of a fixed flywheel.

Developed by YoYo Technology AB with support from ESA, NASA and the Swedish National Space Board, the instrument has found successful application in training centres around the world. Another innovative training system has been recently developed by the company Elektronik- and Systementwicklungsgesellschaft mbH (ESE), in cooperation with ESA and together with the subcontractors Umedicon Chemnitz and Institut für Sportwissenschaften Wien.

The ESE Endurance Training System (ETS) is a novel tool, which allows optimising the time used to exercise in space and protects the astronauts from overstressing muscles and bones. Other than the Flywheel , which is a strength training device, the ETS is designed for endurance training which primarily has effects on the cardiovascular system. The system allows straining different muscle groups, while a heart rate control is realised and further vital parameters are foreseen for the bio-feedback.

A built-in software system allows one to program different exercises, and an optical bio-feedback tracks in real time and keeps records of the performance of the subject. Specifically studied for utilisation in space as a countermeasure against the detrimental effects of weightlessness, the ETS could open numerous possibilities of application on Earth, in the areas of medicine, as a rehabilitation device, or in the areas of fitness and sports.

Find out more about how you can join forces with ESA. Contact: issbusiness@esa.int