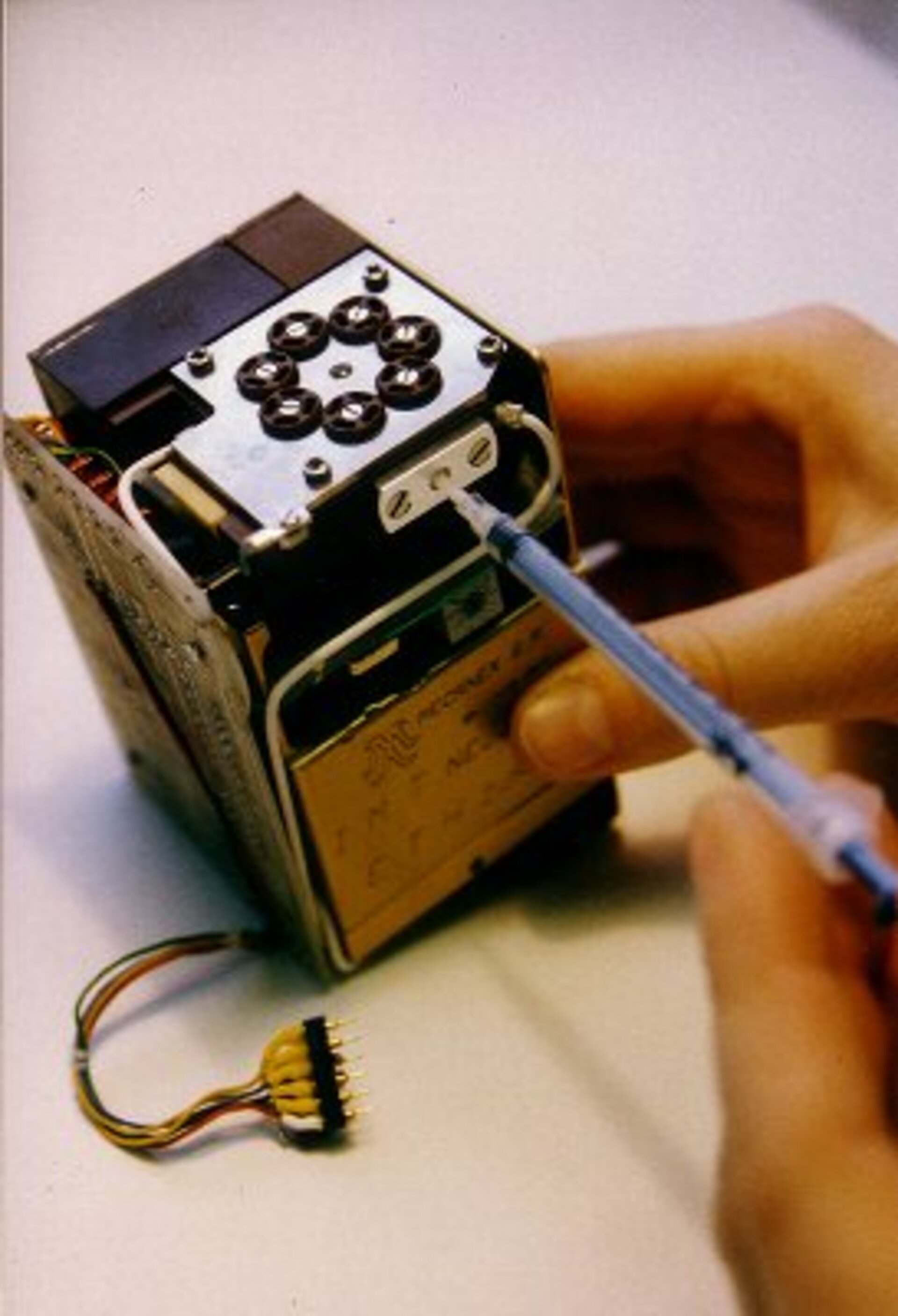 Marcel Egli, Head of the Swiss based 'Space Biotechnology Group' of the ETH Zurich talks about biotechnology research in space, what it can do for the people on Earth and what astronauts might eat in the future.

'Biology' and 'Space' are not two areas that have an immediate connection. Where is the link?

True, to find a link between them we need to be more specific about the term 'space'. Considering space as an environment in which our planet is embedded, there is a strong link between biology and space. Life on Earth evolved during the last 3.9 billion years in a particular environment providing certain temperatures, an atmosphere, water and other parameters. This terrestrial environment is the result of particular astronomical facts - for example the size of the Sun, the distance between Sun and Earth, the relatively close orbiting Moon that causes tides, and the rotation of the Earth that sets a day and night rhythm. Life adapted to these environmental factors, or one could also say: these factors shape life on our planet. To understand biology on Earth better, we also need to understand how these astronomical facts influence life on our planet.

And now you are reversing this step - bringing life to space to investigate how it reacts. What kind of research is the Space Biology Group doing in space?

We have several approaches to how we investigate the influence of space on organisms. One of our main research topics is to study what effect space travel has on daily rhythms of mammals. These rhythms, called 'circadian rhythms' are important in almost all organisms because they are responsible for the internal timing of physiological processes. A particular family of genes - the so-called clock-genes - determine the circadian rhythms.

So far, we know that circadian rhythms are altered in space - no surprise really, astronauts witness 16 Sunsets during a standard 24-hour terrestrial day. Our research indicates that the clock gene expression patterns - the way the genes are actually doing what they are supposed to do - is disturbed in simulated space condition. What we are doing now at the Space Biology Group is trying to find links between the changes of the clock-gene expression patterns and internal physiological rhythms. Traditionally the Space Biology Group of the ETH Zurich also investigates how mammalian cells react to weightlessness.

The Space Biology Group started this kind of research about 30 years ago under the lead of its former head Dr. Augusto Cogoli. The first studies were conducted on lymphocytes, blood cells that are vital for our immune system. Our goal is to further investigate the mechanisms of how microgravity affects mammalian cells.

The Space Biology Group also developed different types of space bioreactors, which were used during several space missions. With these reactors, we are able for example to cultivate mammalian cells in space. In collaboration with engineers from the Interstate University of Applied Sciences of Technology Buchs and the University of Applied Sciences Waedenswil, we are currently developing new types of space reactors enabling us to do more specialised experiments with other cell types in space.

So what would you say is the most important result that you gained from space research which would not have been possible through research on Earth?

An important result of our research was the discovery that the activation of lymphocytes in humans is reduced in space. This was very unexpected. The results indicate that the immune system of an astronaut who spends a long time in space could be more vulnerable to infections. But beware - it is just an indication. You cannot make valid assumptions about the whole immune system of an astronaut based on single cell experiments. We definitely have to carry out more experiments until we will be able to draw a final conclusion.

We also experimented on other cell types and gathered a basis of understanding of how space alters cellular processes. Another highlight of our research activity is certainly the already mentioned space-proven bioreactor. It is very challenging not only for cell biologists but also for engineers to design and build robust as well as reliable mini-bioreactors, which can be operated successfully in space.

Sure, there are benefits derived from space programmes already. Just think about all the technologies, which are natural for us nowadays but were actually developed to a great extent for the Apollo program, such as micro-electronics which are incorporated in pocket calculators, PC's, cellular phones or freeze-dried food.

Even new materials were developed for that programme like Mylar, a synthetic material used for example for sails like the ones that helped the Swiss Alinghi team to win the most famous America's Cup regatta. There is no reason to believe that future manned space programmes will not trigger a similar boost of technologies. Osteoporosis research is another example of how space can improve life on Earth.

We know that astronauts in space suffer from a syndrome that is very similar to osteoporosis. Finding treatments would not only help astronauts on long duration missions but also people suffering from osteoporosis here on Earth. The more we do space biology research, the more details we find out about how space alters physiological processes in organisms. I am sure that this will lead to deeper insights into physiological functions and their vulnerability to space exposure.

I definitely recommend it. Let's compare space research with the Formula One racing car business. Participating in such races is very expensive. It involves a lot of tuning and testing of the racing cars.

The investments by companies to participate in these races might not seem to be worth it right away. However, in the long run, with all the knowledge gained from the participation in the racing car business, the companies can build more reliable and safer cars for us. Besides the discovery of new materials or productions processes, I think that tuning and testing of products in space will improve the final quality of the product in the same way.

It should only be ensured that the access to laboratories in space, like the European Columbus module, is not too complicated, but should be reasonably fast and affordable for interested companies.

What kind of industries do you think of?

There are potentials for biotechnology companies, like our experimental data demonstrated. Cells under microgravity conditions show an interesting behaviour that could be capitalized on. The food industry could also profit from space research. Or you could combine both - the space bioreactor used as an independent autonomic system that produces food. The product from this bioreactor could function as an alternative food source for human long-term mission, for instance to Mars.

This sounds like an early version of Food Replicator from 'Star Trek'.

Almost, and maybe one day we will be able to autonomously produce all the food needed for a space burger in an orbiting space station, who knows?