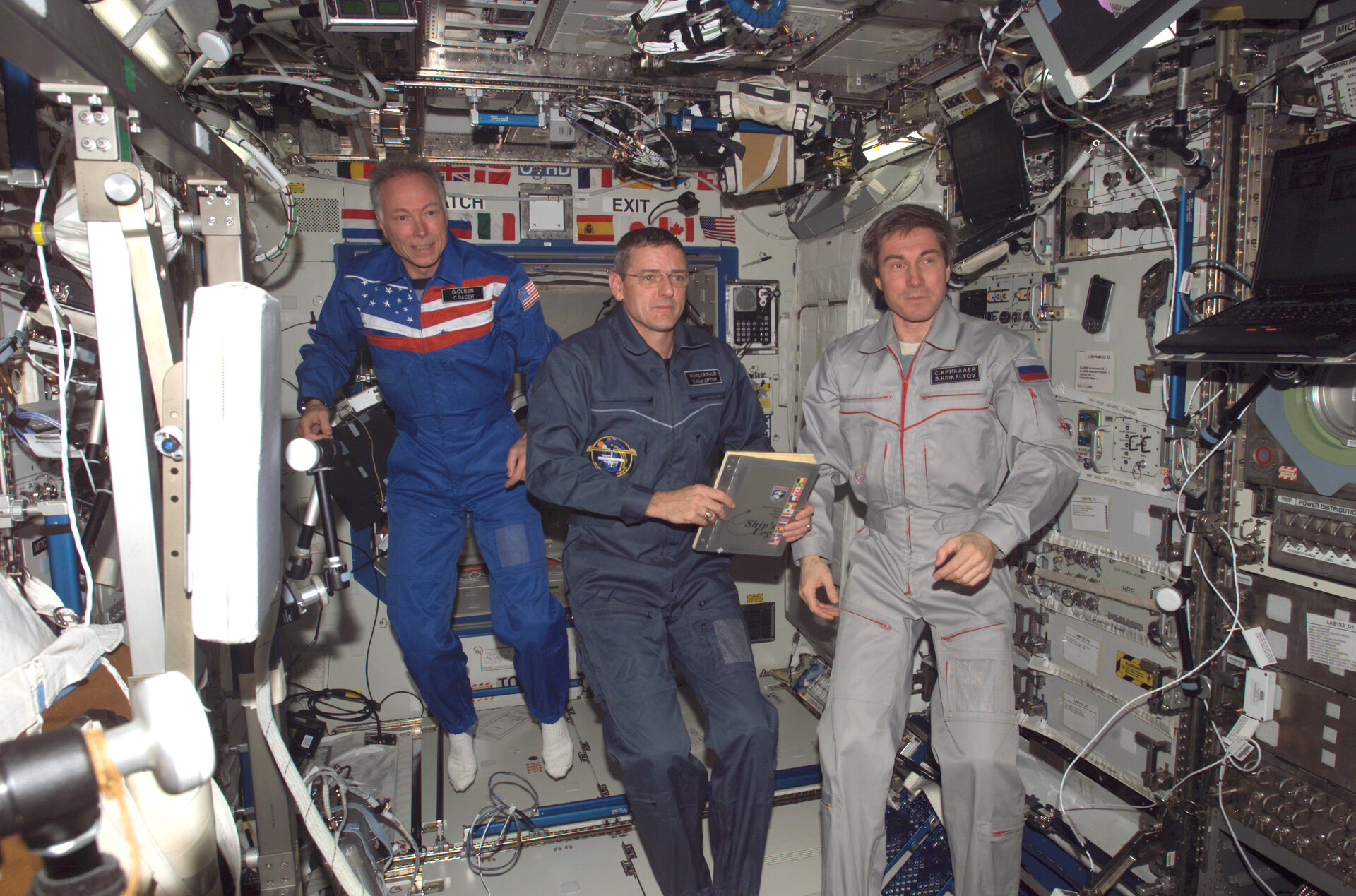 Last October, American technology entrepreneur Gregory Olsen visited the International Space Station (ISS), joining the Expedition 12 Crew as a Spaceflight Participant. Not only a successful entrepreneur, he is also a noted researcher and lecturer. During his stay, he performed a number of experiments in human physiology on behalf of ESA. In an interview with the Commercial Promotion Office, Olsen speaks about his space experience.

What was your motivation to participate in a space mission?

However, I never thought I would get into space back then. I always thought it was something that other people would do, and it was not until a couple of years ago that I started considering the possibility.

The idea came by chance, two and a half years ago; I was sitting in a Starbucks café in Princeton, New Jersey, and read in a newspaper about Dennis Tito and Mark Shuttleworth, who flew to the International Space Station, and I thought that was something I would like to do, why not... and so... here I am! I went into space and I really enjoyed it, so in my opinion the mission was successful!

You were not simply a 'space tourist', but a scientist with an active role in the mission. What was it like working on the Station?

I helped the crew as much as I could, supporting them in their housekeeping tasks aboard the Station – hard work like moving boxes and sorting out things. Also, I had two science projects planned, but unfortunately I wasn't able to perform them. However, I carried out three medical experiments for ESA.

One related to vestibular orientation; I moved my head in a series of motions of ten cycles each – nodding and rolling my head, going back and forth with it – in order to determine whether I had any kind of motion sickness or strange feeling; it was aimed at investigating vestibular adaptation to gravity transitions.

Another experiment, the Low Back Pain experiment, was aimed at studying the development of lower back pain during spaceflight, which is a quite common consequence of exposure to microgravity. In fact, I had no back pain during my mission, but every day I had to fill out a form that asked me to describe any feeling I had in the lower back, indicating the location, and so on.

The final part of my medical experiments was aimed at collecting biological samples from certain areas of the Station, by rubbing swabs over surfaces in various places, such as the eating and kitchen areas, to discover what kind of microbial species are aboard and how they adapt to space conditions.

What made it so special for you, as a scientist, to work on the ISS?

It is the lack of gravity, really, the weightlessness conditions. Just being in space knowing that you are travelling around the Earth at 28 000 km/h and hanging weightless, those two things make it ultra-fantastic. And even if I used to teach those concepts, actually being the experiment yourself is just... mind-boggling!

Do you believe that space and technology is an easy way up also for industry, and that research in space could be beneficial for people on Earth?

Sure it is. While I was on the Station, Valery Tokarev, the Russian cosmonaut was doing biological experiments. We plan to go to Mars, and we should not forget that one of the major issues we are faced with is how to maintain a crew in terms of health and efficiency in space for two years. For this we need to find out how to produce medicines, or how to grow plants, for example.

There is a lot of research being performed along these lines, and it is probably the single most important part of the ISS – to prepare us for future manned long-duration flights. But there are a number of other things that benefit from the weightless environment, such as semiconductor crystal growth, which is indeed the kind of research I originally planned to do on board the ISS.

In weightlessness the mixture of liquids is much more uniform; if we build an infrared camera that sees in the dark, a more uniform crystal allows it to work with lower lighting. So you could say that weightlessness allows better night vision. This is why we have to do more experiments – the purpose of science is to discover and study phenomena, trying to extract principles, and not to perfect new products. However, once you have the basis, when you have the scientific background, then it is up to the engineers to perfect it.

Another example: semiconductor crystals for lasers are grown in vacuum, and space is perfect for that. On Earth we use small chambers of about 1 m by 1 m, whereas in space we have an infinite amount of room to perform the experiments. This means that once you have an experiment attached outside the Space Station, the environment that here on Earth costs tens of thousands of dollars, in space it is for free, and it does not have to be maintained, it is there forever.

Do you plan to go on working on research in space?

Most definitely. On my mission, I carried up a spectrometer designed and built by the University of Virginia. We intended to use it to look at water bands so that we could determine the health of crops, and how much water there really was. The spectrometer is still on the ISS, and hopefully some day I will be able to get the camera up there and we can couple them together to perform this experiment.

Dr Olsen, thank you for the interview.