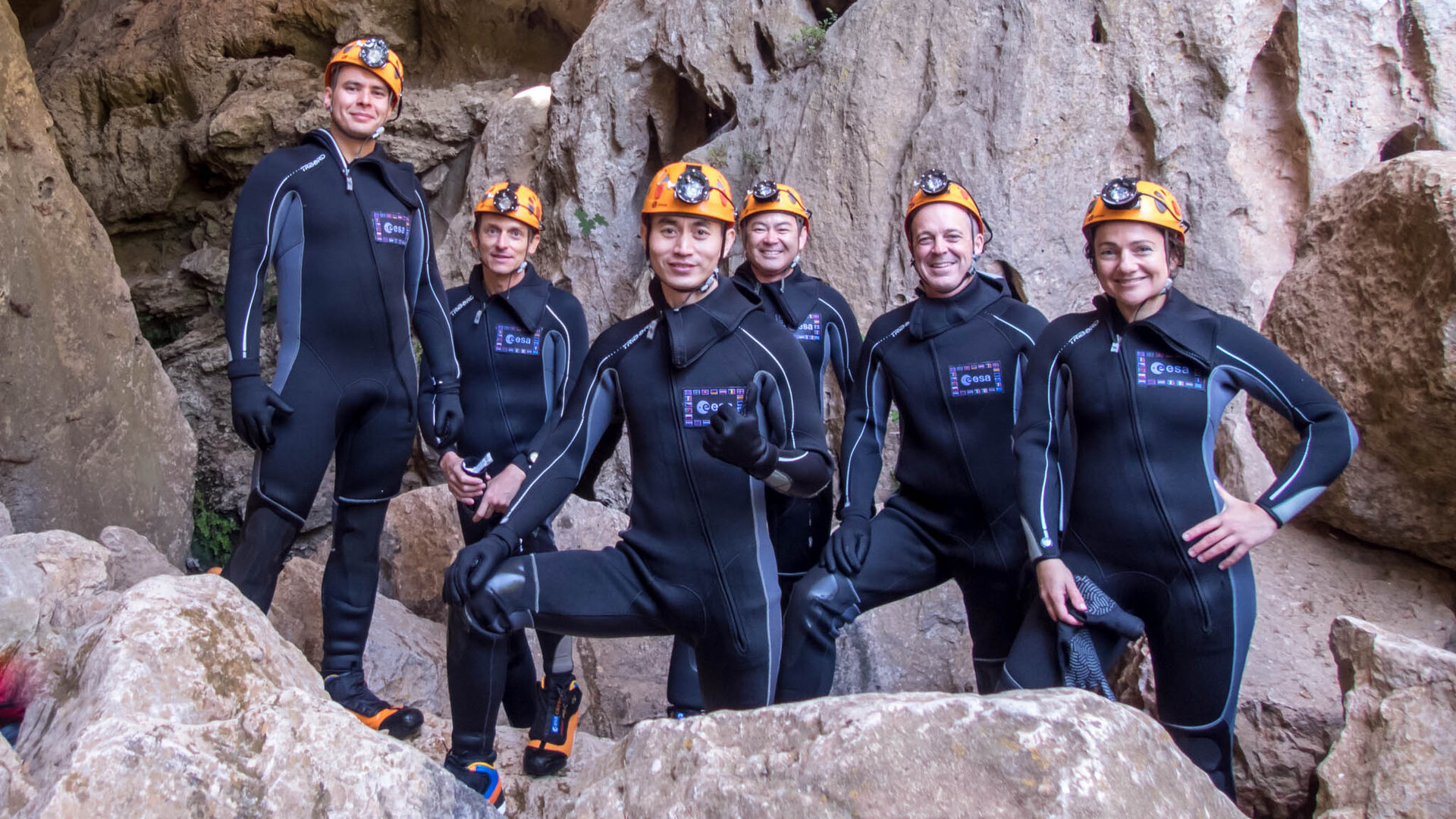 Pedro flew as a Mission Specialist on the Space Shuttle Discovery for STS-95 mission from 29 October to 7 November 1998. The nine-day mission was dedicated to research in weightlessness and solar studies. Pedro was responsible for the five ESA scientific facilities and for the computer system on the Space Shuttle.

From 18 to 28 October 2003, Pedro flew the 10-day Cervantes mission on the International Space Station. He was Flight Engineer on the Soyuz-TMA as part of Expedition 8 and landed back on Earth as part of Expedition 7. Pedro ran an extensive experiment programme in life and physical sciences, Earth observation, education and technology, including experiments in the Microgravity Science Glovebox, a research facility developed in Europe.

Jessica Meir was selected by NASA in 2013. She holds a Bachelor of Arts in Biology from Brown University, a Master of Science in Space Studies from the International Space University, and a Doctorate in Marine Biology from Scripps Institution of Oceanography. In her research, the Caribou, Maine native studied the physiology of animals in extreme environments. From 2000 to 2003, Jessica worked for Lockheed Martin’s Human Research Facility, supporting human physiology research. During this time, she also participated in research flights on NASA’s reduced-gravity aircraft and served as an aquanaut in an underwater habitat for NASA Extreme Environment Mission Operations (NEEMO).

Ricky Arnold was raised in Bowie, Maryland, USA and began working at the US Naval Academy in 1987 as an Oceanographic Technician. He studied in Biology and Marine Science and has a career as a teacher at international schools.

Ricky was selected as a Mission Specialist by NASA in May 2004 and completed his Astronaut Candidate Training that included scientific and technical briefings, intensive instruction in Shuttle and International Space Station systems, physiological training, T-38 flight training, and water and wilderness survival training.

In August 2007, he completed aquanaut training for the NEEMO underwater training mission.

Ricky flew to the International Space Station in 2009 on Space Shuttle Discovery and conducted two spacewalks.

Chinese astronaut Guangfu was born in 1980 in the Sichuan province of China. He is an air force pilot and spent four years as an instructor and four years as a jet fighter pilot amassing 1100 hours of flight time. Guangfu was recruited as an astronaut trainee for China’s Astronaut Center in 2010 and qualified in 2014.

Sergei Korsakov was born in 1984 in Bishkek, now the Kyrgyz Republic. Sergei has an educational career with honours in engineering specialising on rocket engines. In 2012 he was appointed as a candidate astronaut for the Russian corps and is now a test cosmonaut for Roscosmos.

Japanese astronaut Aki Hoshide was born in 1968 in Tokyo and graduated in 1992 with a Master’s in science and aerospace engineering. He was involved in developing the Japanese H-II rocket and worked as an astronaut support engineer from 1994 to 1999. Aki completed his basic astronaut training programme in 1999 and became a certified Soyuz flight engineer in 2004.

Aki has extensive spaceflight experience, with two missions to the International Space Station: in 2007 on Space Shuttle Discovery to help install Japan’s Kibo laboratory, returning to space in 2012 on Soyuz TMA-05M. He has spent 140 days in space and conducted three spacewalks.