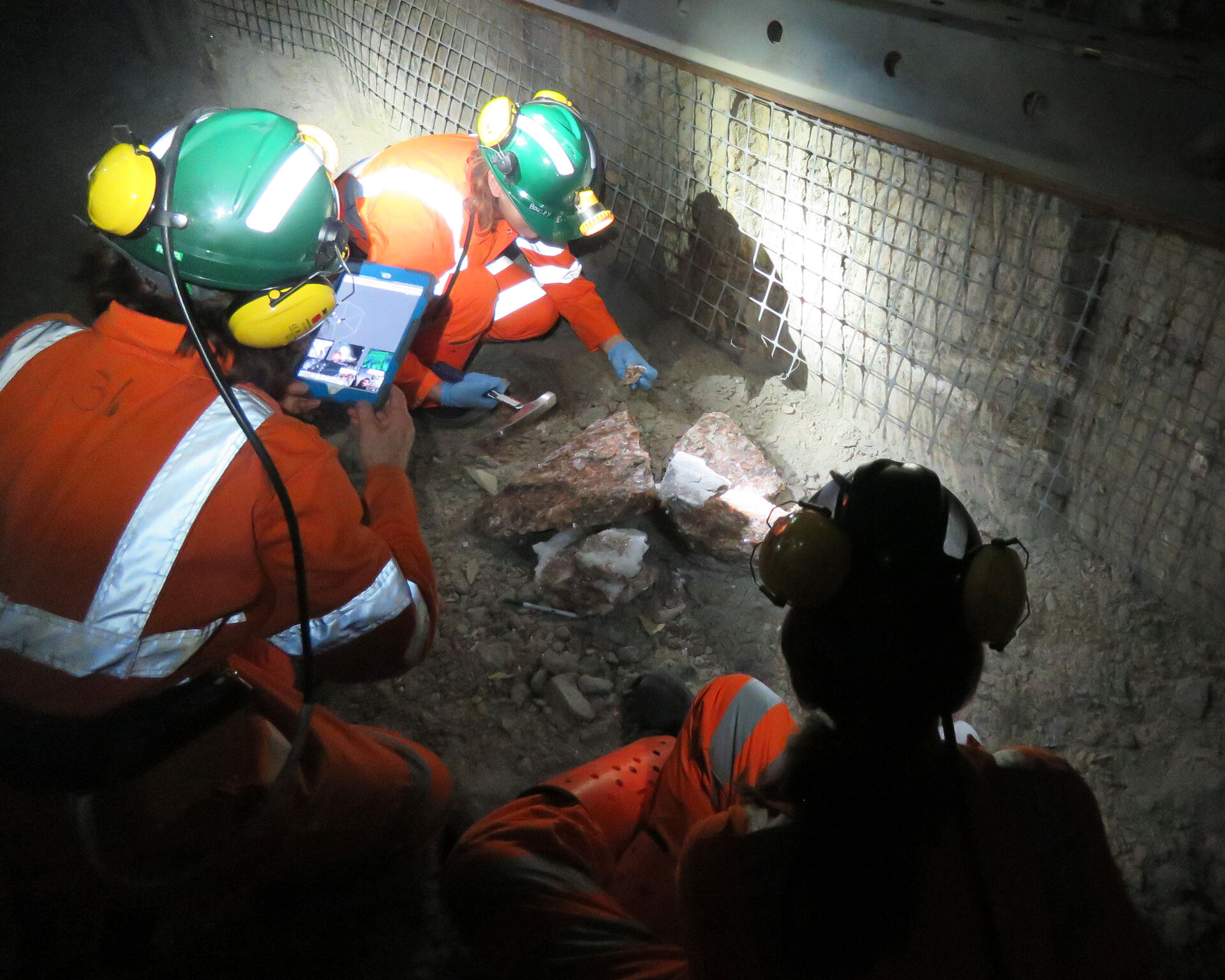 If there are habitable conditions on Mars, they may be underground. Scientists from around the world are now testing how to search for life in extreme environments by venturing a kilometre beneath the surface in a UK mine. ESA astronaut Matthias Maurer has joined the expedition.

For two weeks, nearly 30 scientists and instrument specialists are venturing deep below for the fifth Mine Analogue Research sortie.

“Some of the most exciting places for planetary exploration are way below our feet,” notes Charles Cockell, head of the UK Centre for Astrobiology.

One day, explorers could live underground in lava tubes or caves in the Moon and Mars because they offer ideal environments for human outposts.

Just like some regions of the Red Planet, the Boulby mine in northeast England features brines that could host microbial life.

“I did not imagine that highly concentrated salt solutions could be a good place to start searching for traces of life,” remarked Matthias from underground.

“These features are completely new to me. There is so much you can learn on Earth about other planets.”

Down in the mine, Matthias is using life-detection equipment, drills and cameras for robotic and human exploration.

One of his tasks is to follow the performance of a robotic hammer that could one day be part of a Mars rover. It would help to sample a hostile planetary surface, exposing fresh surfaces for the search of life.

There are some ‘guests’ from ESA’s ExoMars mission that is gearing up for landing a rover on the Red Planet in 2020. The prototypes of a high-resolution camera and a package of sensors to measure water vapour are also exploring the deep darkness.

ESA’s Pangaea geology course will continue the work next month in the Mars-like landscapes of Lanzarote, Spain.

The volcanic features and tunnels created by flowing lava on the island will be a perfect setting for a team of astronauts, spacewalk experts, engineers and scientists to study tools and sampling techniques for exploring other planets.

Some of the tools used in the mine sorties will be put to the test for geology research and investigating lava tubes.