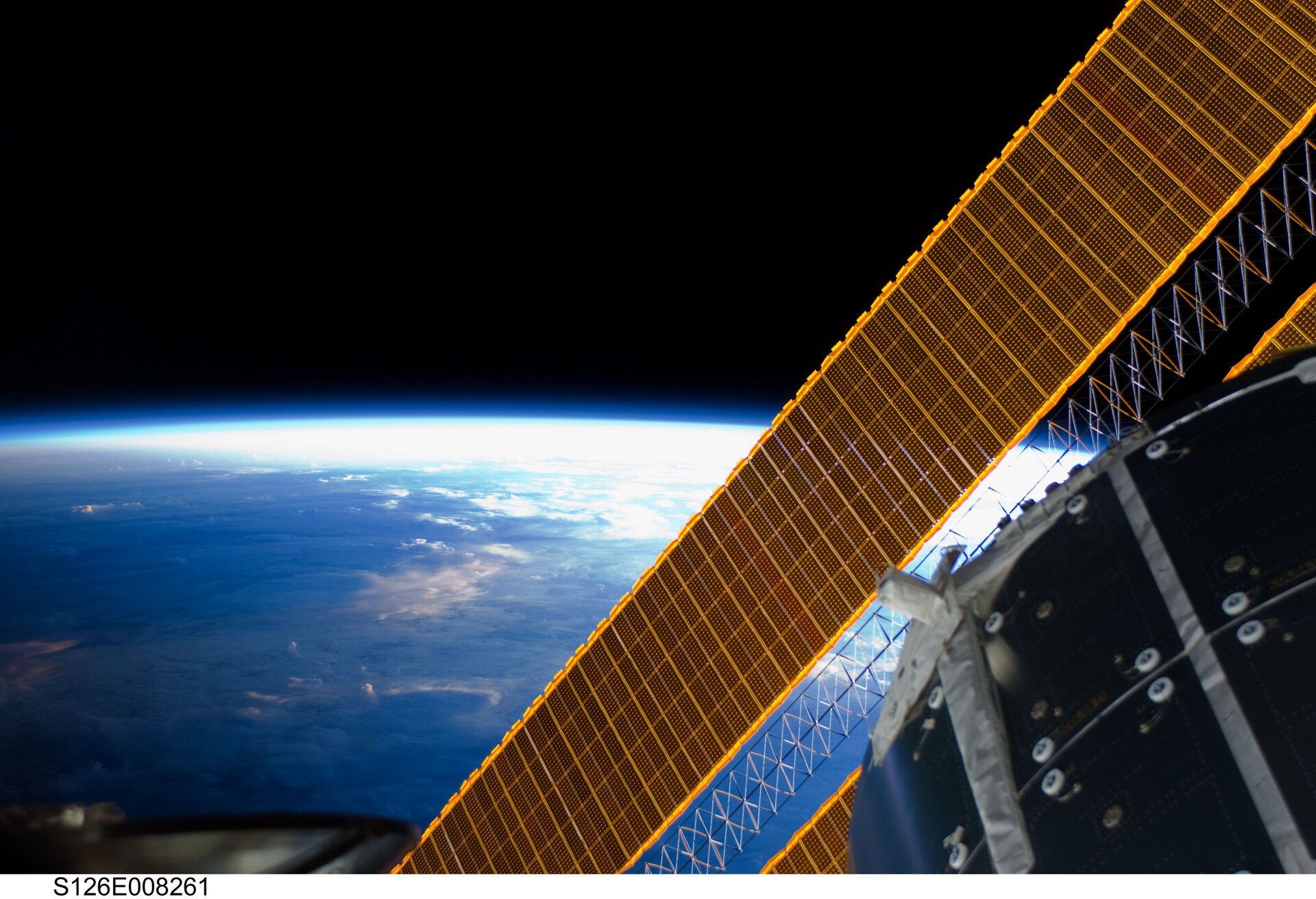 ESA’s Directorates of Human Spaceflight and Earth Observation plan to issue a joint Call for Ideas in October to obtain an indication of interest in deploying remote-sensing instruments on the International Space Station for global change studies.

The consequences of global changes in our environment pose major challenges to humanity in the coming decades. Various natural physical processes modify the atmosphere, oceans and land surfaces on short- and long-term scales.

However, in the past 150 years human activities have resulted in significant changes in our environment, including increasing greenhouse gas concentrations, modification of the nitrogen and phosphorous cycles and major alterations of land use, such as deforestation.

"It is crucial that we understand the interaction of anthropogenic environmental changes with the Earth system and its processes in order to predict future changes in the environment," said Volker Liebig, ESA Director of Earth Observation. In turn, this information will assist sustained development for human activities, while minimising degradation of the environment and the resulting vulnerability of society to global changes.

ESA currently has an extensive programme of current and planned Earth observation missions that support studies of global change. This includes ESA’s Living Planet Programme and the Global Monitoring for Environment and Security (GMES) initiative, jointly carried out with the European Union and ESA’s Climate Change Initiative. Each of the individual missions carries a specialised suite of instruments to address specific mission objectives.

The International Space Station (ISS) is a permanently manned orbital platform with a permanent six-strong crew. It will reach its fully assembled configuration in 2010, offering a multipurpose research facility in low orbit until at least 2015 and possibly beyond, as continuing discussions between ISS partners strongly suggest. Potentially, the ISS can be used as an observation platform for instruments and experiments relevant to global change studies, supplementing ongoing and planned observations from dedicated platforms.

The European Columbus module has an External Payloads Facility (CEPF) which has four payload attachment sites on the end of the module, permitting nadir, zenith and side (limb) viewing. The CEPF provides a physical mounting location, power and data connections for external payloads. One location is being used for the SOLAR instrument; the EuTEF payload was recently retrieved during the STS-128 Shuttle mission. The Cupola module, due to be launched to ISS in 2010, has multiple windows and will provide a location to operate internally mounted instruments.

An example of an Earth sciences instrument under development is the Atmosphere Space Interactions Monitor (ASIM) for Columbus, planned to be deployed on the ISS in 2013. The Superconducting Submillimeter-Wave Limb-Emission Sounder (SMILES) of the Japanese space agency was recently launched to the ISS and will be accommodated in the Exposed Facility of the Japanese Experiment Module.

In October, ESA plans to issue a Call for Ideas (CFI) to European and Canadian scientific institutes and industries to obtain an indication of interest in deploying experiments with remote-sensing instruments for global change studies on the ISS beyond 2010 and through the lifetime of the Station.

The CFI will be used by the Agency to assess the research community interest in the use of the ISS as an observation platform for research in this field. Depending on the level of interest and suitability of research proposals shown in the CFI, this may be followed by a specific Announcement of Opportunity for flight experiments/instruments or multi-user payloads.

Instruments can be attached externally to the ISS, on the exterior of modules, in particular the Columbus module, and the truss, as well as internally viewing through windows. Additionally, the orbit inclination (51.6°) and mean altitude (350–400 km) is different to most Earth observation satellites, offering different viewing geometry and ground pass repeat sequences to other platforms. Potentially, simple instruments may be adapted or developed and flown with relatively short lead times.