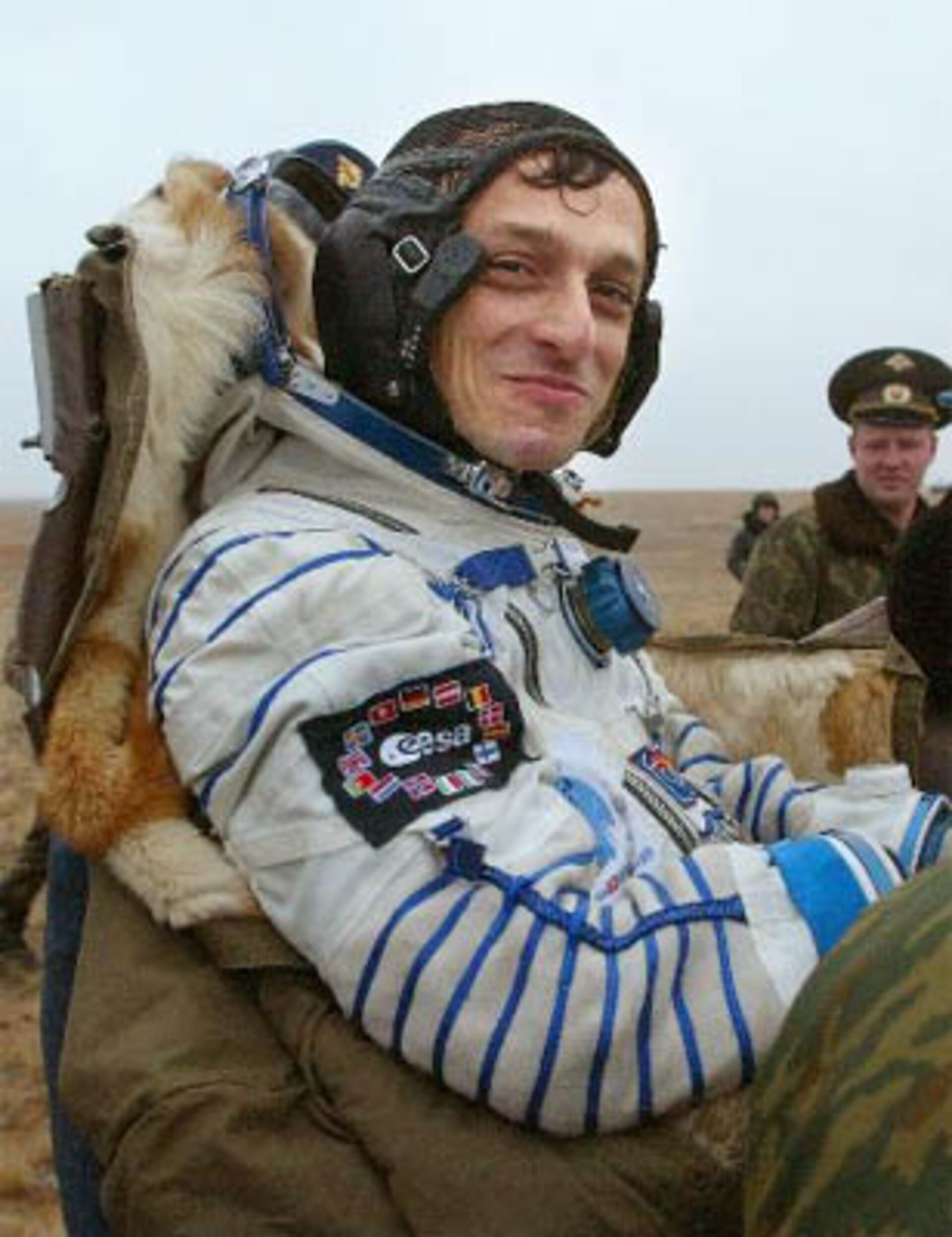 The mission proceeded flawlessly with the completion of the experiment programme, the changeover of ISS Expedition crews and the exchange of the Space Station’s Soyuz TMA lifeboat.

The Soyuz TMA-2 spacecraft undocked from the ISS at 00:17 (CET) today with Duque as Flight Engineer, Yuri Malenchenko (Rosaviakosmos) as Commander and Edward Lu (NASA) as 2nd Flight Engineer.

All phases of the re-entry went according to plan. After module separation of Soyuz TMA-2, the crew entered the Earth’s atmosphere in the command module at 03:16 (CET), the main parachute opened at 03:25 (CET) and the landing took place 15 minutes later.

During his 8-day stay on the ISS, Pedro Duque carried out an extensive programme of scientific, technological and educational experiments as part of the Cervantes mission, a majority of which were sponsored by the Spanish Ministry of Science and Technology.

“The experiment programme has been a complete success”, said ESA Mission Manager, Aldo Petrivelli, “and results have been obtained for all 22 experiments. These included two physical science experiments, which utilised the European-built Microgravity Science Glovebox on the ISS, four biological experiments, four human physiology experiments and a number of educational experiments and technology demonstrations.”

During the Cervantes mission Pedro Duque had numerous contacts with the media from Spain and Germany. He talked via amateur radio with primary schoolchildren, winners of the Habla ISS competition, who had the chance to ask him questions. He also spoke live from the ISS to José María Aznar.

“We are both delighted and proud of the success of all aspects of the mission and thankful to our Russian partners”, said Mr Jörg Feustel-Büechl, ESA Director of Human Spaceflight. “This is the fourth such Soyuz mission to the ISS with an ESA astronaut, which strengthens the ties and experience we share with our colleagues at the Russian space agency, Rosaviakosmos. We look forward to the continuation of this cooperation. We are also pleased that the missions undertaken by ESA’s astronauts are not only productive for the scientific community as a whole but for younger generations who will become Europe’s scientists of tomorrow. Furthermore, the completion of this mission provides ESA with an increased level of experience for future short and long-term missions, which will be useful in the operation and utilisation of Europe’s Columbus Laboratory when it is launched to the ISS.”

In addition to the experiment programme, the Cervantes mission served to relieve the ISS Expedition 7 crew. Yuri Malenchenko and Edward Lu had been stationed on the ISS since 28 April 2003. They have now been replaced by the ISS Expedition 8 crew, Michael Foale (NASA) and Alexander Kaleri (Rosaviakosmos), who arrived with Pedro Duque at the ISS in the Soyuz TMA-3 spacecraft on 20 October and are scheduled to return next April with ESA astronaut André Kuipers, from the Netherlands. The Soyuz TMA spacecraft are being used as crew changeover vehicles due to the grounding of the Shuttle fleet following the Columbia accident in February.

The emergency return vehicle or lifeboat at the ISS has also been replaced. Soyuz TMA-2, which brought Malenchenko and Lu to the ISS, had been acting as their lifeboat during their stay. It has been succeeded in this role by Soyuz TMA-3, for the next six months. Duque was Flight Engineer on both the Soyuz TMA-2 and TMA-3 spacecraft, taking an active role in piloting.

This was Duque’s second spaceflight, as he was a Mission Specialist on the Space Shuttle Discovery, STS-95 mission (29 October to 7 November 1998).