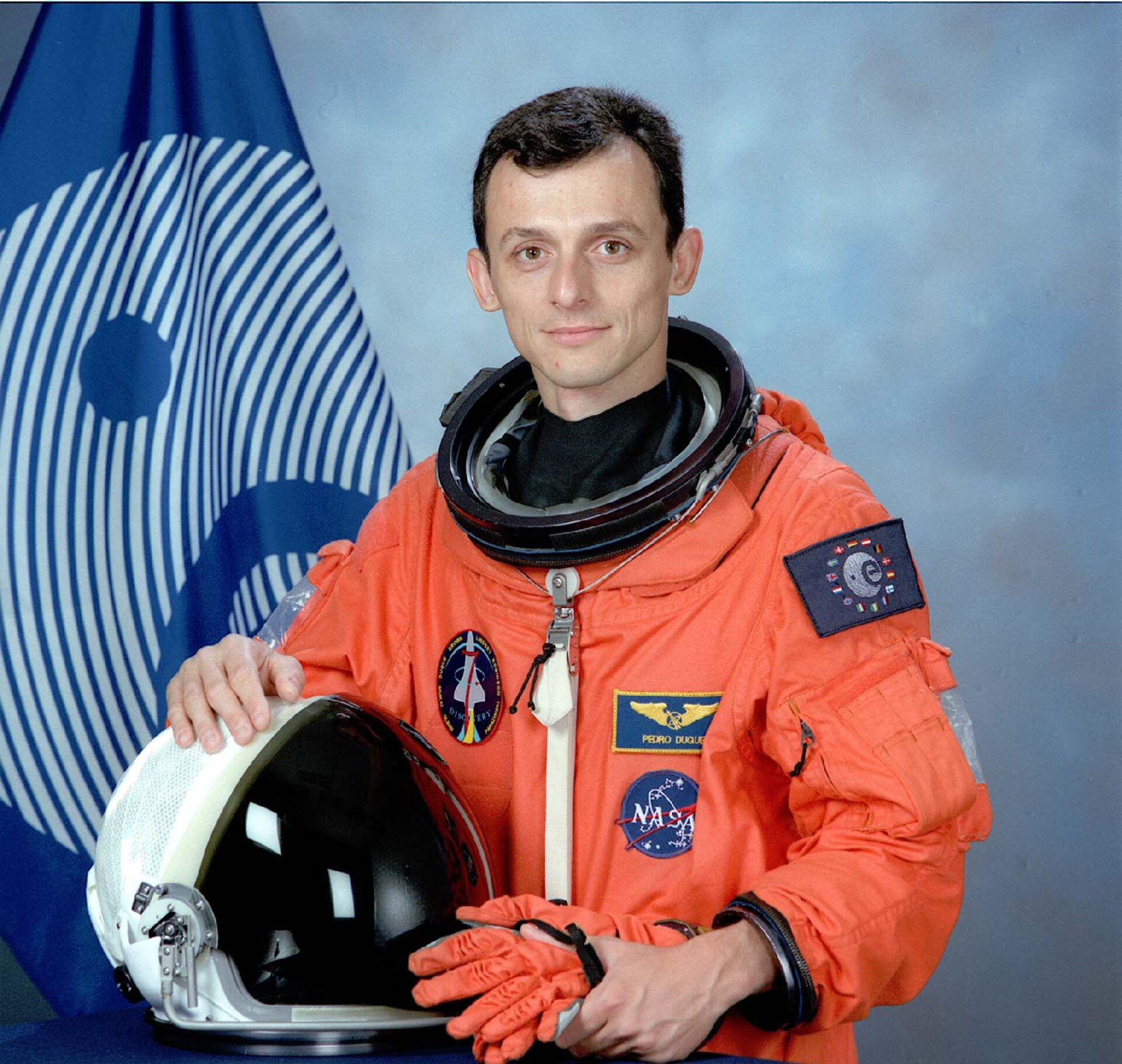 First steps towards space
In 1986, at the age of 23, Pedro Duque completed an aeronautical engineering degree at the Polytechnic University of Madrid, School of Aeronautics [ETSIA]. During his studies, Duque worked with the Flight Mechanics Laboratory on a simulator project, on a contract with ESA.

How Pedro became an astronaut
In 1992, when he was working for the Spanish company GMV (Grupo Mecánica del Vuelo), Pedro was selected to be an ESA astronaut. Pedro had attended the tests after replying to an advertisement in a newspaper, requesting candidates to form part of the recently created European Astronaut Corps.

Almost there
Pedro was a backup for the Russian and European EuroMir mission in 1994. He trained for eighteen months in Star City, near Moscow, but never flew. In 1996 he was a backup Payload Specialist, for a Space Shuttle mission. During both missions he acted as the communications link between the scientists on Earth and the astronauts in space.

At last! The Discovery
It would seem that October is Pedro Duque's month. On 29 October 1998, he blasted off from Cape Canaveral on Space Shuttle Discovery (STS-95 mission) together with the 77 year old veteran John Glenn and another five crewmembers: Curtis Brown, Steven Lindsey, Scott Parazynski, Stephen Robinson and Chiaki Mukai. Almost eight million Spaniards watched his “space baptism” live.

The STS-95 mission lasted nine days. Pedro was responsible for 29 European experiments out of the 80 carried out by the crew. Among the European experiments, were four Spanish experiments looking at the growth of protein crystals and materials under conditions of weightlessness. The results of these experiments were very satisfactory. For example, the Spanish researchers obtained high quality crystals using new techniques, which could eventually be used, among other things, in the design of new molecules for the pharmaceutical industry.

The most personal space
Among his personal belongings for the STS-95 mission, Pedro took León chorizo and some Manchego and Mahón cheeses; a ring; small items to give as presents; and some of his children’s toys.

During the mission, the Mission Control in Houston selected music to play to the crew. In honour of Pedro, Nat King Cole’s Cachito was played, chosen by Pedro’s wife because it is about fatherhood – their youngest child was five weeks old at the time.

On his return, Pedro explained how full his days were on Discovery, especially bearing in mind that many apparently simple tasks sometimes become complicated because of weightlessness. For example, Pedro said that eating was sometimes difficult, given the risk that a simple drop could float away and spoil something important. Despite this, there was plenty of time on board Discovery for the crew to enjoy a dinner “upside down”.

Pedro also spoke of the sensation of a “full stomach” and the headache that he suffered initially but which, by the end of the first day, had already passed. He exercised every day to avoid the loss of muscle mass and the calcium deficiency that often affects astronauts.

Here are some extracts from his impressions:

Books and dreams
Among the novels that he has enjoyed most in his life are: Rendezvous with Rama, by Arthur C. Clarke, and Moby Dick. The work Cosmos by Carl Sagan, including the television series of the same name, influenced his love of space. Pedro's dream? "To visit Mars" is one of his usual responses.