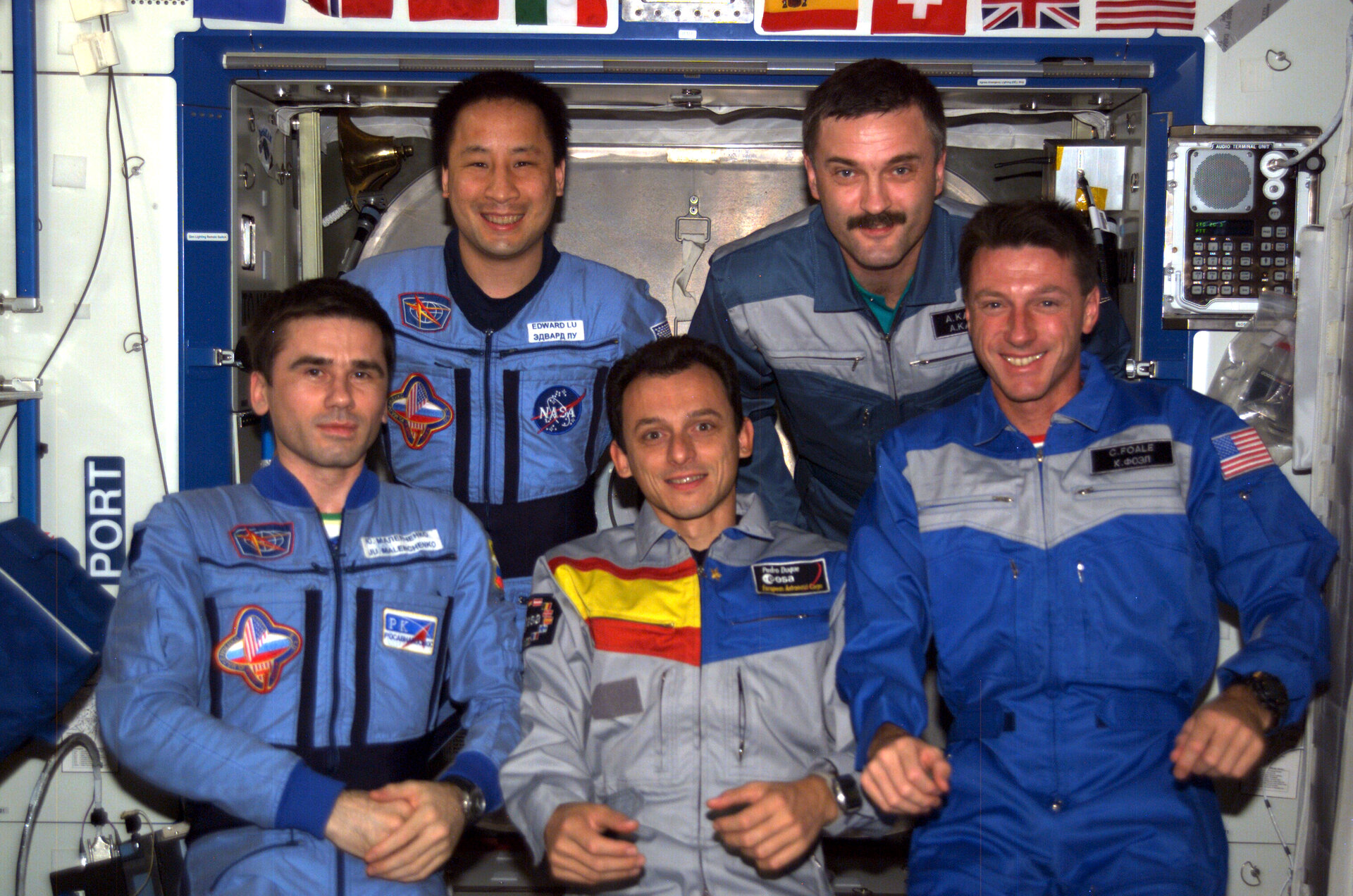 This is the last full day I will spend on the Station. There's still a lot to do, but the emphasis is now on finishing everything up and packing away the results of the experiments correctly.

There are a number of experiments that make the most of the flight right up to the last minute, squeezing in the hours of zero gravity to study fluids or materials. Others must be kept frozen or at a controlled temperature until just before the landing, to avoid losing data during the time they will spend in the capsule - we don't have fridges or heaters in there, so they will be kept in a thermos instead.

The atmosphere in the Station has changed. The outgoing crew have their minds more and more on the Earth. They have already passed the baton over to the new crew. Some little things have already changed, even though I suppose the newly arrived crew will still need some time to set everything up for their own convenience. Today I noticed that items had already changed place in the bathroom area. It also surprised me when the new crew wanted to know where I had left everything, so that they could keep working in it or put it away where they think it's best.

I don't have first hand knowledge of how it feels when you leave here after many, many days in orbit. I imagine that they must be ready to go back and eager to meet their families. They say the months they have spent in the Station have been very nice, and they don't regret their coming, but I can imagine that when they reach the ground happiness will be greater than nostalgia.

I have only met one colleague who, the very same day of the landing, just coming out of the plane bringing him from the Steppe, said: "I miss it, it was better in the Station". That was Valeri Polyakov in 1995, winner of the 'Principe de Asturias' award, after the longest stay so far of an astronaut in space: fourteen months. I don't know how Valeri feels about it now, I haven't thought about asking him, but maybe he would say it was just an impulse and that he changed his mind afterwards. But one has to recognise that it is a privilege to work here for any amount of time; the experience is unforgettable.

In my case, after just ten days, of course I could stay longer if the workload was reduced to equal that of my crewmates, my days would then be calmer and I could enjoy the advantages. I feel a bit like a tourist who has spent several days in a touristic centre and sees his last day approaching, the feeling that there are still so many things to do and enjoy. Over the last few days I've been stealing five minutes here and there to learn to move with ease, to look out of the window - the Earth by day, the Earth by night, the stars...

I've been fortunate today: I've been able to see the fires in California, an amazing sight. I decided to take a moment to enter a module located out of the way and switch the lights off to see the night. I have seen something we can often see from up here, an electric storm in which the flashes of lightning propagate through the clouds. And in the middle of the show I saw something small but very beautiful: a shooting star below us. A nice farewell.