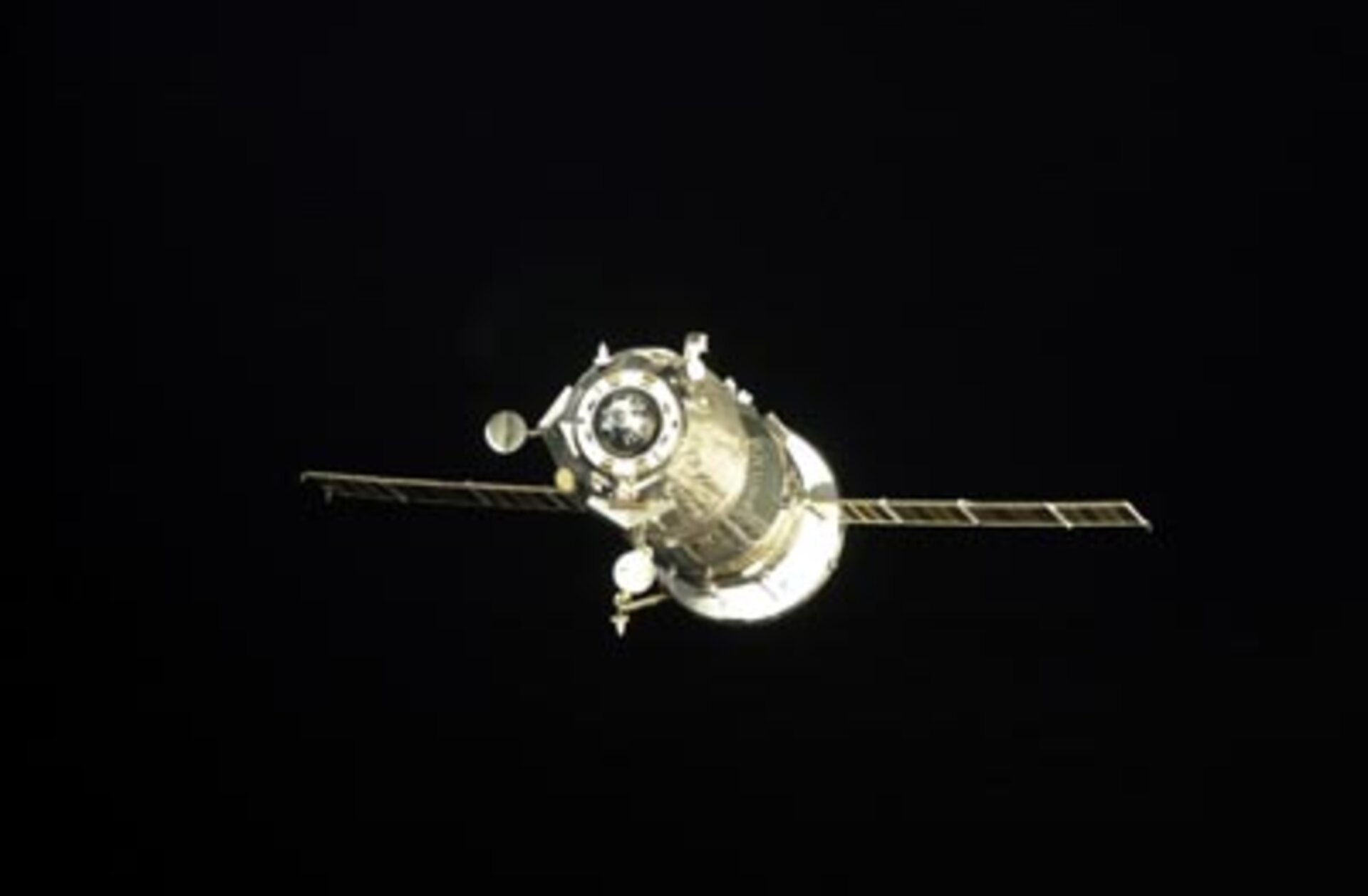 The Progress M-48 on mission 12P to the ISS was launched into orbit on Friday, 29 August at 03.48 Central European Time from the Baikonur Cosmodrome in Kazakhstan.

The Progress spacecraft acts as a cargo supply vehicle for the ISS. On board the Progress M-48 was European experiment equipment which will play an important part in the mission of ESA astronaut Pedro Duque. The Spaniard will be performing a number of physical science, human physiology, biology and education experiments.

The European cargo flown out by the Progress M-48 includes the WINOGRAD student experiment which will investigate differences between the growth of Winogradski columns in weightlessness and on Earth.

A Winogradski column is a colony of different types of bacteria in which the waste products of one bacterium serve as nutrients for another and vice versa. On Earth they live in pond or lake water and need only light for photosynthesis. This makes them of interest to scientists, who want to find out more about a possible future role for bacteria in long-duration spaceflight. Bacteria could help to dispose of waste or to recycle air and water, and their gas might be used as fuel.

WINOGRAD requires late access because of its living samples. As one of the last payloads it was loaded onto the Progress M-48 just eight hours prior to launch. It will be activated in September by the current ISS crew and will stay active until Pedro Duque arrives in October.

Another European experiment which had major constituents taken to the ISS by the Progress M-48 is PROMISS-2. This experiment aims to understand the fundamental processes which underly protein crystallization.

Equipment and components of three other life science experiments flew to the ISS on this Progress M-48, two of them being NEUROCOG and CARDIOCOG. Belgian ESA astronaut Frank De Winne has already performed both successfully, during the Odissea mission in October 2002. His results need to be followed up by more investigations.

NEUROCOG aims at understanding how humans perceive space, the role that the sensory information of sight, balance, motion and position plays in this, and how their perception is affected by weightlessness. CARDIOCOG looks into changes in the cardiovascular and respiratory systems of humans in weightlessness.

The third ESA life science experiment on this flight is called BMI. It will monitor changes in blood pressure rhythms over 24 hours and the results could lead to measures to counter the phenomenon of blood pooling in humans in weightlessness.

In addition to the above experiments, a biology activation unit for ROOT and GENE experiment has been uploaded. The next flight will be on the Soyuz TMA-3 spacecraft which will be taking ESA astronaut Pedro Duque to the ISS on 18 October.

Pedro Duque will have other duties during the Spanish Soyuz mission to the ISS. One important task that he will be involved in is the replacement of the Soyuz TMA-2 spacecraft, the ISS lifeboat which has been at the station since April. This coincides with the ISS crew change.

In preparation for his mission ESA astronaut Pedro Duque is currently training in Star City in Moscow and will become the sixth European astronaut to visit the International Space Station. For the first time a European astronaut will be Pedro Duque’s back-up, Dutch ESA Astronaut André Kuipers, who is scheduled to fly on a Dutch Soyuz mission to the ISS in April 2004.