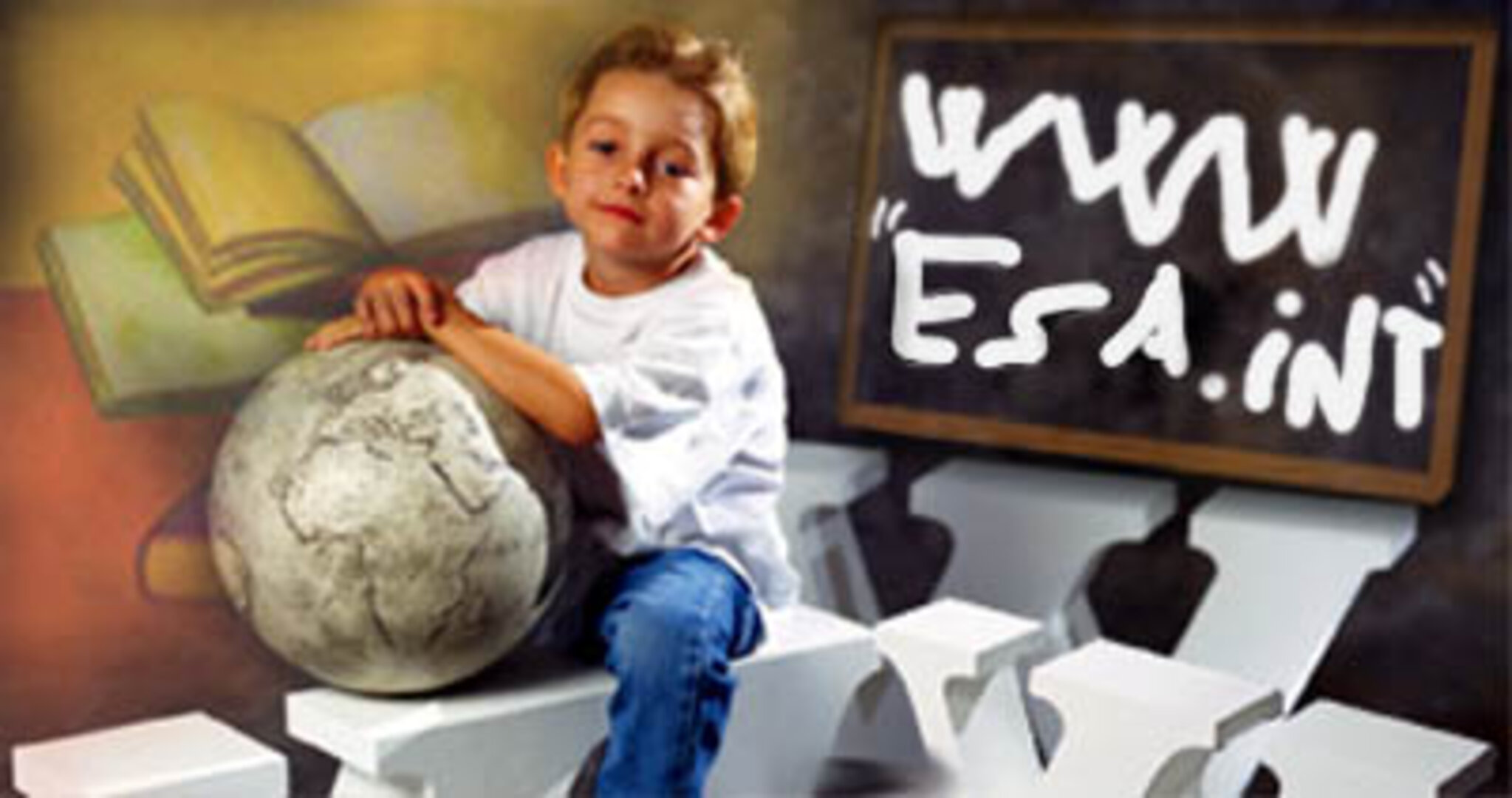 Everyone knows that space fascinates children and young people. Now the European Space Agency (ESA) is devoting a significant part of one its missions to Spanish pupils and students of all levels.

"What I like most about the educational programme is that we are using space to widen the interest of children in subjects which are fundamental for European development," says Duque. "This is closely related to the economy, to daily life."

The programme clearly has the youngest in mind. In a competition called 'Habla ISS' [ISS speaks], Duque sent a letter to all Spanish primary schools –around 14 000– inviting them to send questions about space. The youngest can send their 'best drawing of an astronaut and the International Space Station.' Older pupils can write 'the most compelling story about an astronaut and the International Space Station'. About 5000 Spanish and Portuguese children have participated and the classes chosen will be invited on 26 October 2003 to speak to Duque via radio, who will be in the Station. To complement the competition 'Habla ISS' and, coinciding with the astronaut's stay on the ISS, there have been educational activities in five Spanish science museums.

Four of the 24 experiments being undertaken during the Mission are dedicated to secondary school and university students. In this way, six of the total 75 kilograms weight of the experiments is dedicated to education.

Students thought up some experiments themselves. For example, the Spanish APIS and THEBAS experiments study the movement of different types of solid bodies in space. In contrast, the Swiss experiment CHONDRO investigates the formation of cartilaginous structures in space and WINOGRAD analyses how bacterial colonies form during weightlessness. VIDEO-2 is targeted at a younger audience: boys and girls from 12 to 18 years. The experiment will study phenomena inherent in the absence of gravity and which illustrate Newton's Laws of Motion. VIDEO-2 will record them on video. The videos will be translated and distributed by ESA to European education centres.

The Cervantes Mission has therefore become a pioneering experience. ESA intends to allocate the same importance to educational activities during the next mission of a European astronaut to the ISS in April 2004. In addition to that, the Educational Programme of the ISS, already underway, plans to allocate 1% of the resources of the European laboratory Columbus to education.