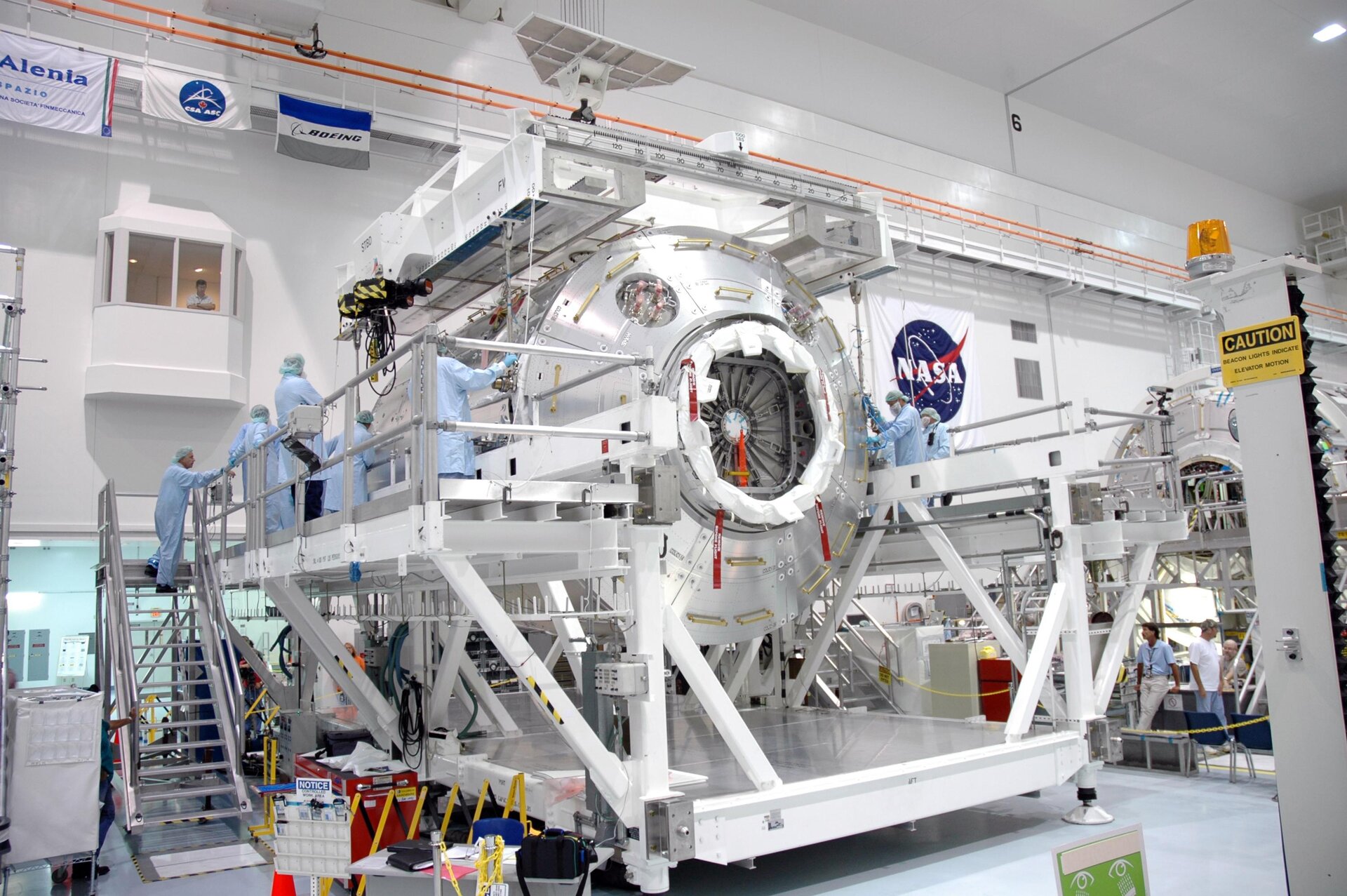 After a journey that started three days previously, the European Columbus laboratory arrived at NASA's Kennedy Space Center, in Florida, the United States, on 30 May 2006.

Ahead of its transatlantic journey, the 4.5-metre diameter cylindrical module was packed into the transportation container at the EADS Space Transportation facility in Bremen, Germany.

On Sunday 28 May, Columbus was loaded onto an Airbus A300-600 'Beluga' heavy lift aircraft at Bremen Airport. With overnight stopovers in Iceland and Canada along the way, and two short refuelling stops in Greenland and Cleveland, in the United States, Columbus touched down in Florida shortly after 15:00 local time on Tuesday 30 May.

Columbus was unloaded from the Beluga aircraft the following day. In an operation closely watched by members of ESA's Columbus project team, two large cranes were used to carefully lower the container carrying Columbus onto a flatbed truck.

Once unloaded Columbus was escorted across Kennedy Space Center, past NASA's landmark Vehicle Assembly Building, to the Space Station Processing Facility, which will be its home until launch in the second half of 2007.

Inside the Space Station Processing Facility, Columbus was lifted from the transportation container using an overhead crane and moved to a workstand. It is here that Columbus will be prepared for delivery to the International Space Station on a future Space Shuttle mission.