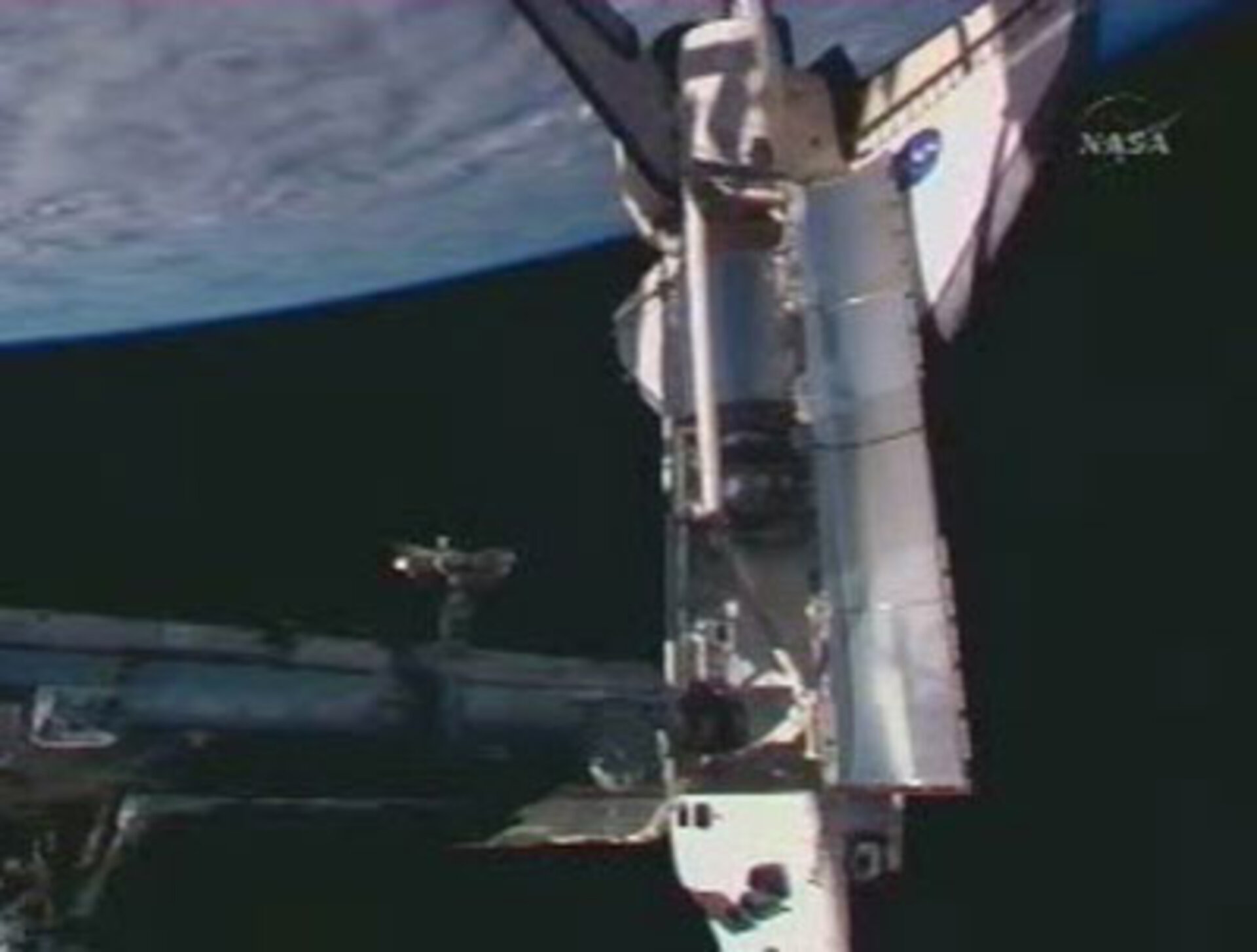 Space Shuttle Atlantis docked with the International Space Station today. Inside the Shuttle’s payload bay is the European Columbus laboratory which will be installed on the Station during a spacewalk on Sunday. Follow the mission on ESA's Columbus Blog or live on NASA TV.

The new arrivals were welcomed on board by the resident ISS Expedition 16 crew of Commander Peggy Whitson and Flight Engineers Yuri Malenchenko and Daniel Tani. Joint operations between the two crews began shortly afterwards.

Amongst the seven STS-122 crewmembers are ESA astronauts Hans Schlegel and Léopold Eyharts. Schlegel will play a key role in two of the three spacewalks scheduled for the mission.

Eyharts will remain on board the ISS for 6-8 weeks as a member of the permanent Expedition 16 crew – he will oversee the installation, activation and in-orbit commissioning of Columbus and its experiment facilities.

Scheduled to kick off at 13:35 CET (12:35 UT) Sunday, the first spacewalk will see the installation of the European Columbus laboratory on starboard side of the Station’s Harmony module. The two spacewalkers, Hans Schlegel and NASA astronaut Rex Walheim, will ‘camp out’ in the Station’s Airlock overnight.

This low pressure level prevents the spacesuit from inflating and becoming rigid like a balloon in vacuum, which would make it difficult for the astronauts to conduct any task outside the Station.