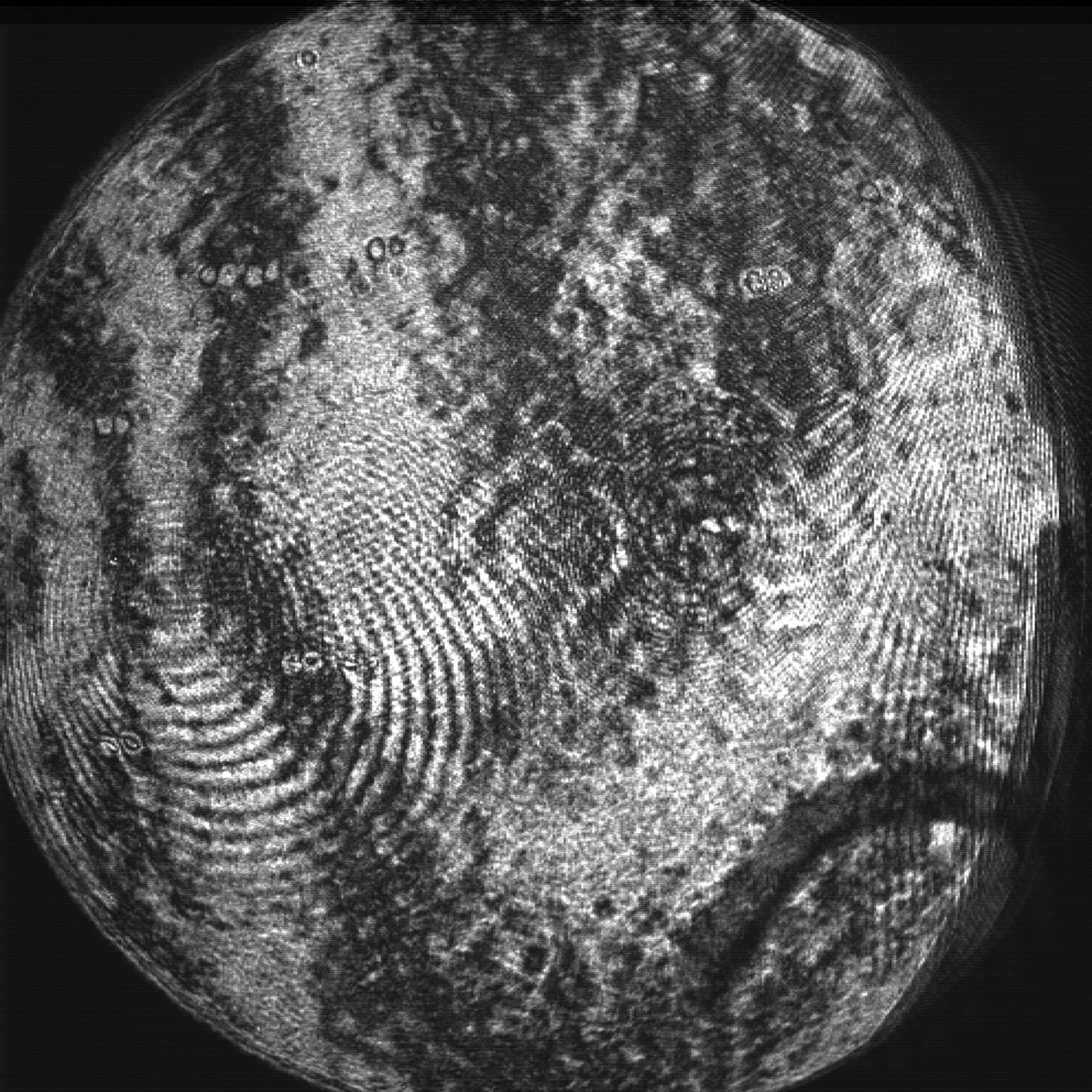 European fluid science research activities in space reached a milestone on 7 August with successful completion of the first experiment run in the Fluid Science Laboratory facility: one of the major experiment facilities located in Europe's Columbus laboratory on the International Space Station.

The experiment, called Geoflow, has since concluded two further complete runs on 19 and 25 August, and a partial run on 27 August prior to an ISS debris avoidance manoeuvre performed by the European Automated Transfer Vehicle (ATV). Very good live images were received during the experiment and good quality experiment data was stored on the hard disk of the Fluid Science Laboratory's Video Management Unit.

The experiment data for all the experiment runs has already been downlinked to the Columbus Control Centre in Oberpfaffenhofen, Germany, and forwarded to the responsible User Support and Operations Centres in Naples and Madrid and to the Geoflow science team.

The core of the Geoflow experiment can be seen as a representation of Earth (or other planet) in miniature. A viscous incompressible fluid (silicone oil) is held between two concentric spheres, which rotate about a common axis. A high voltage difference between the spheres creates a force field that plays the role of gravity and holding the inner sphere at a higher temperature to the outside sphere creates a temperature gradient from inside to outside as, for example, on Earth.

Understanding the flow of the silicone oil under different conditions will be of importance in such areas as flow in the atmosphere, the oceans, and the movement of Earth's mantle on a global scale, as well as other astrophysical and geophysical problems. Results from Geoflow will also be useful for making improvements in a variety of engineering applications, such as spherical gyroscopes and bearings, centrifugal pumps and high-performance heat exchangers.

"The successful operation of Geoflow and the Fluid Science Laboratory is a testament to European science and operations on the ISS," said Martin Zell, Head of the Research Operations Department for ESA's Directorate of Human Spaceflight. "The hard work of the ground control personnel at the Columbus Control Centre in Germany, at centres around Europe, at the various sites of our international partners and of course the astronauts on orbit, shows the dedication to fulfil the potential of the Columbus laboratory. Every challenge faced has been met with professionalism and has highlighted the wealth of experience that our mission control teams have built up, experience that will hold us in good stead for future operations."

With the first three runs of Geoflow successfully completed, all parties involved can now look forward to increasing the scientific data with additional runs of the experiment. The Geoflow experiment is scheduled to remain on the Station, becoming part of the Expedition 18 crew's experiment programme, and will be returned to Earth in 2009.

"We have received the first experiment data, which is of a very good quality and are confident that we will be publishing some positive findings in the near future," said Prof Christoph Egbers, Head of Department for Aerodynamics and Fluid Mechanics, Brandenburg University of Technology, and Head of the European 'Geoflow Science' Topical Team. "Due to direct data transfer of relevant Geoflow data (telemetry and visual data) from Columbus to our control room in the university, we are able to show what's going on with the experiment on orbit every day. We can demonstrate results from space in quasi 'real-time' for students and scientists."

On 13 August, between the first two experiment runs of Geoflow, the Fluid Science Laboratory was also activated and used its internal accelerometers to determine the vibration levels experienced inside the facility during a reboost of the Station to a higher orbital altitude. This reboost was carried out by the European Automated Transfer Vehicle.